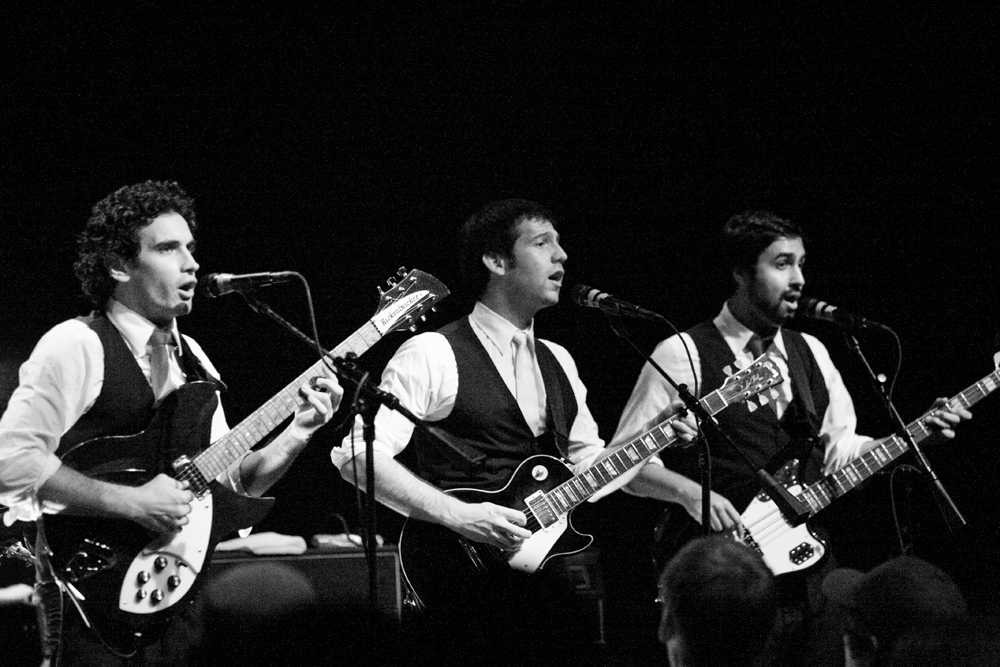 “Come with me and you’ll be in a world of pure imagination.” Technically those are lyrics from a Willy Wonka song, but they’re also quite fitting when used to describe witnessing Tally Hall perform live – which is probably why they covered the aptly named “Pure Imagination.” Performing in their standard “we could have just been at a wedding” garb which consists of black pants and vest, white shirt and different colored ties, the gentlemen from Tally Hall transformed Lincoln Hall into indie rock wonderland for their cult of loyal Chicago followers.

It’s an experience unlike any other, if for no reason other than the fact you never quite know what to expect – outside of a great performance and a bunch of different colored ties. The uniform that they don when they perform together is more than just formal attire that they look more comfortable in than t-shirts, it’s symbolic of their connection to each other and their music. They’re all on the same page when it comes to the music, but they each bring their own individual personality to the performance – hence the jacketless suit and the ties. The band’s following didn’t get to cult-like status just because of the way they dress though, there’s a musical smorgasbord that needs addressing too.

Tally Hall is indie rock with a pulse. It’s not the same weird, hypnotic “indie rock” that makes Pitchfork darlings, it’s music you can actually enjoy listening to. The elements they use to craft their songs run the gamut from rap to rock to reggae to what can only be described as serious “riffage.” This ends up in everything from musical covers (musicals as in stage shows with musical numbers) to original numbers that will be stuck in your head for days. If you can think of anything better than an indie rock version of a barbershop quartet (quintet actually because there’s five of them, but you get the idea) performing Biz Markie, let me know because I can’t.