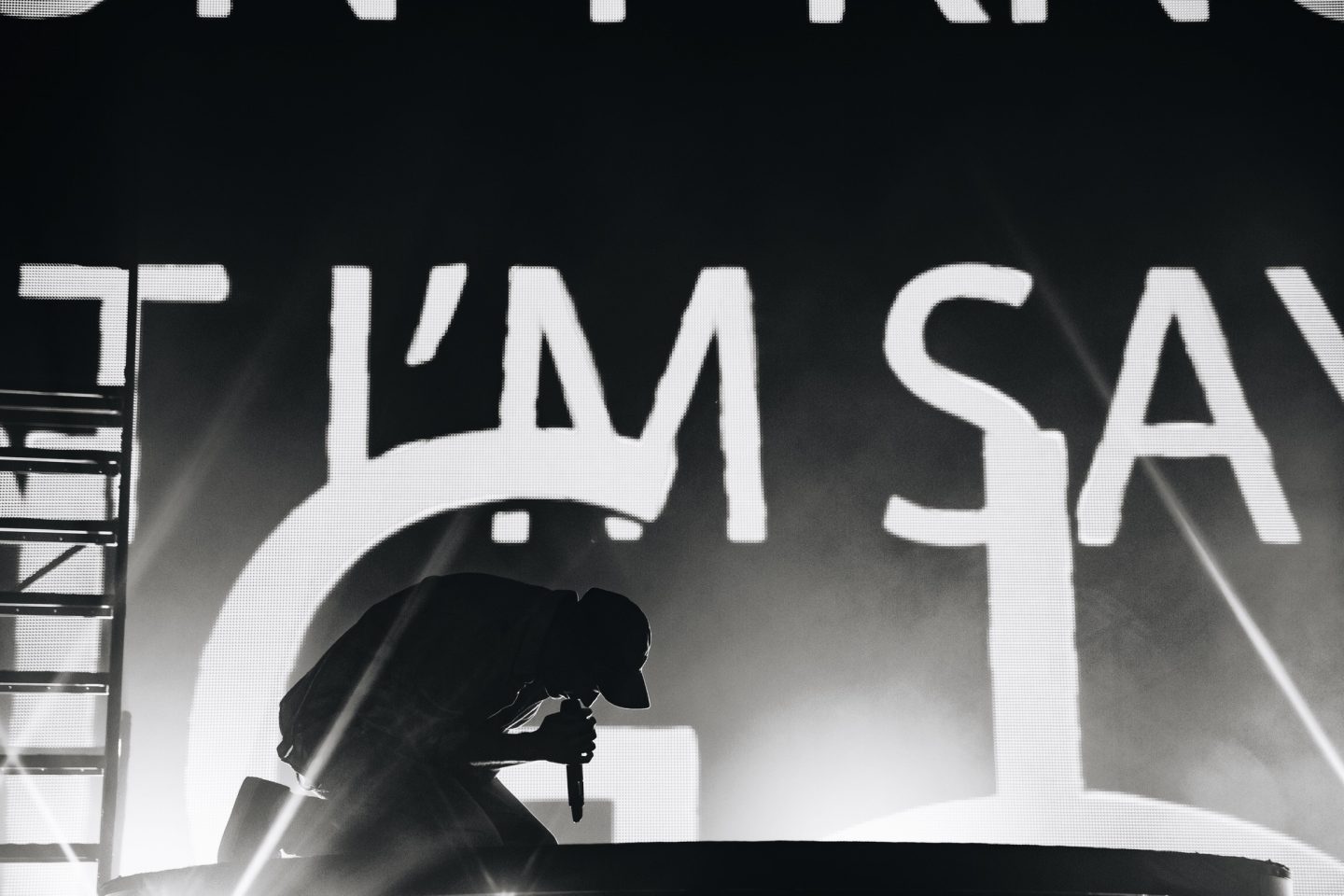 I’ve been a fan of Bastille for about 8 years now and they still blow me away with their undeniable talent for creating such intense emotion with their music and live shows. Despite the fact that they’ve only played in Michigan 4 times (one of those shows being at a festival), they still continue to attract such fun and energetic crowds.

The show was set up into 3 parts which portrayed different points of one apocalyptic night. The first act, Still Avoiding Tomorrow, opened up with Quarter Past Midnightand ended with Flaws. It was almost impossible to keep up with Dan as he ran, danced, and jumped all over the stage. The second act, titled after their album, Doom Days, was slowed down as they continued the story of this adventurous night. I think the contrast between their old & new songs for this act was very crucial for setting the tone of the entire concert. They played songs from all 3 of their albums and even one of their mixtapes, VS. (Other People’s Heartache, Pt. III).

It wouldn’t truly be a Bastille concert if they didn’t play some of their most emotional songs right in the middle of their set.

The third and final act, The Morning Doesn’t Reach Us, was a great conclusion to their show and to the story. Even though Bastille writes a lot of deep (and at times, pretty depressing) songs, they made sure to go out with a bang. Dan wanted the end of their show to be a place where the crowd could just live and forget everything that waited for them outside the venue doors. He encouraged everyone to dance and jump until they felt as though their legs would give out. The entire band’s energy was contagious & the room bounced in unison right up until the end of their claim to fame song, Pompeii. Bastille’s most recent album, Doom Days, is best experienced from start to finish. It’s more of a story than an album and they did a killer job creating the same feeling with their stage set up and performance.

Bastille at The Greek Theatre

A vintage television set, a staircase, and a circular spinning turntable.