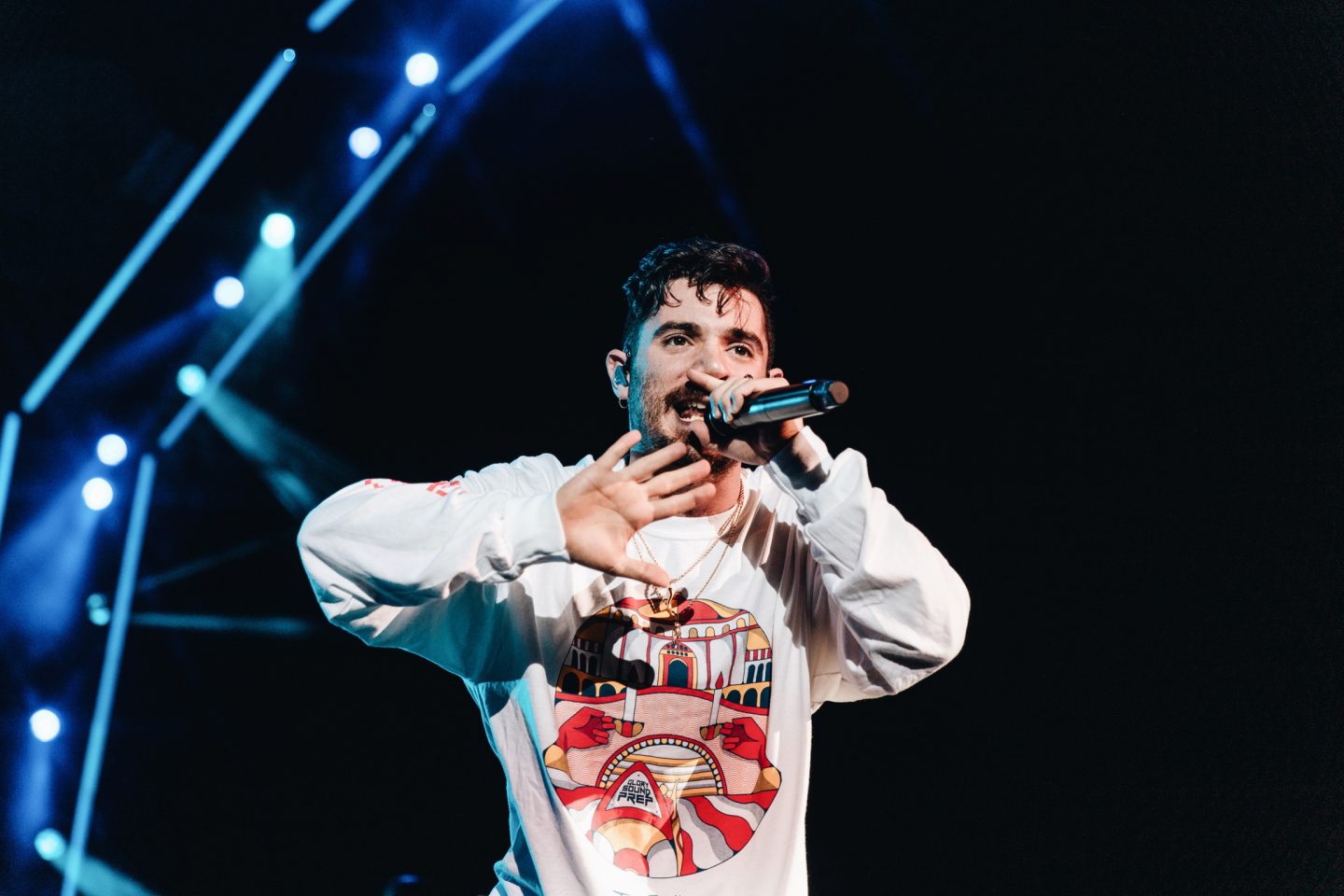 If you have never seen Jon Bellion live, you are truly missing out. His ability to create and perform original mixes of his music every single night is mind blowing. Every time I’ve seen Jon live, he has changed how he performs his music so even if you know a song, it’s a completely new experience every time.

Jon radiated a great joy during his entire time on stage and made sure the crowd knew they could be emotionally vulnerable within this world he created. He encouraged everyone to dance and jump and scream along to his lyrics and even used the crowd’s voice in a few songs he remixed on the spot. The love he had for his band/crew and his fans was so evident and powerful. He believes in the power of music and the people who create it.

One of the openers for the show was called Lawrence. The brother and sister duo was the first band signed to Jon’s new record label ‘Beautiful Mind’ and it was obvious why Jon picked them to be the first. Although only Gracie Lawrence (her brother Clyde was in New York recording a soundtrack for a movie) was present for this show, you could hear the raw talent that was put into creating their music. Gracie’s voice blew everyone away with its power and emotion. I would definitely recommend checking them out.

If you haven’t already, go listen to Jon’s entire discography. If you don’t have time for that, I highly recommend listening to his most recent album “Glory Sound Prep” as soon as possible. It’ll bring you to tears while also making you want to dance the night away. Also, check out his new single with ILLENIUM, “Good Things Fall Apart”!