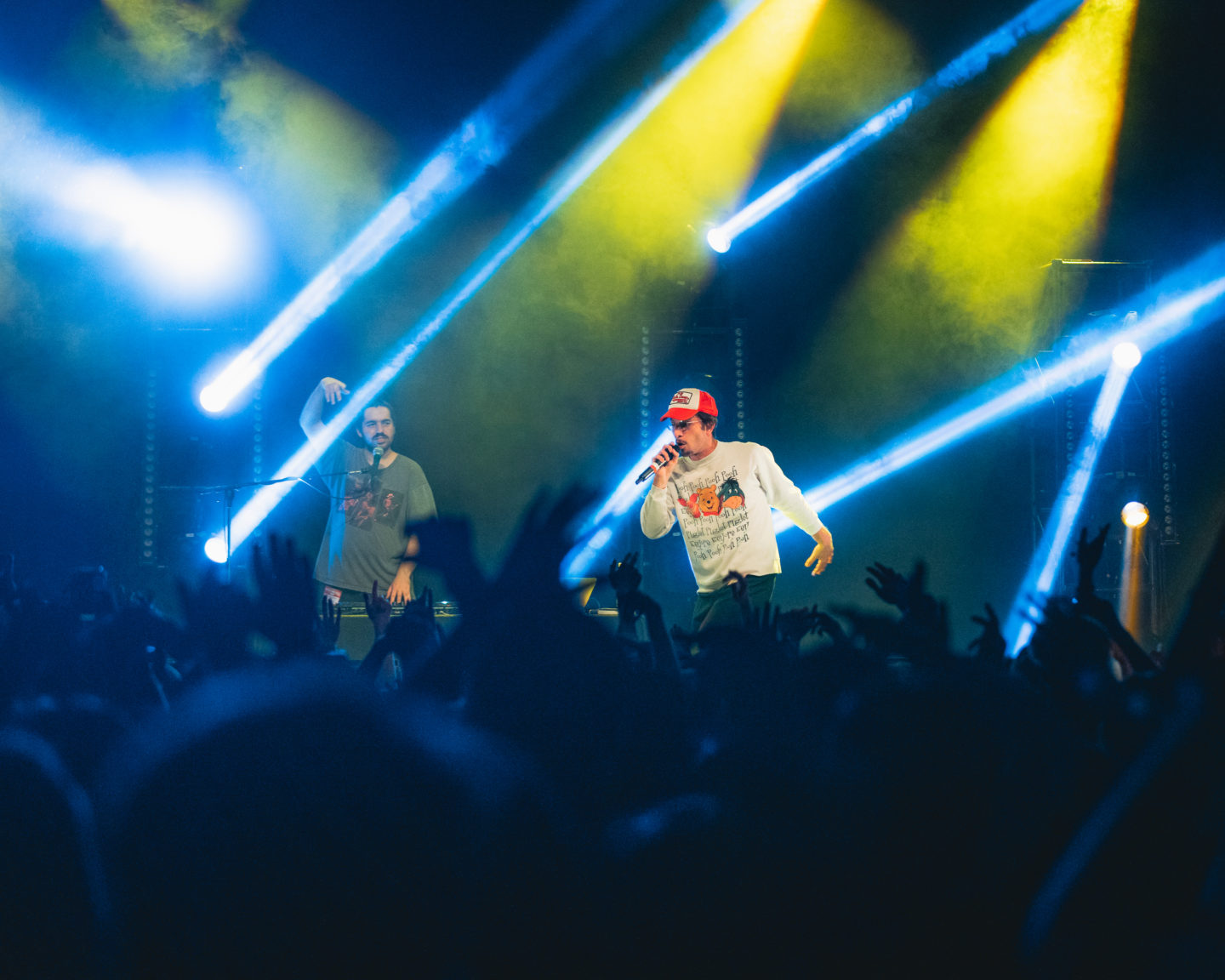 BBNO$ at The Fillmore in San Francisco

The Canadian rapper, singer, songwriter BBNO$ (pronounced Baby No Money) performed to a lively crowd at The Fillmore in San Francisco. On the 18th show of his Eat Ya Veggies 2021 American tour, he came out headlining for other artists Shotgun Willy, SavageRealm, Jungle Bobby, and ceo@buisness.net. While BBNO$ has toured in San Francisco in years past he has only ever performed at Slim’s SF. Due to COVID-19 and lack of business Slim’s has since closed therefore making him find a new venue for his show.

Many attendees aired on the younger side due to BBNO$’s style of music and core audience. With the rise of his songs’ popularity on the social video sharing app TikTok, many of his fans were eager to hear both Lalala and more recently popular song Edamame featuring Rich Brian. Both of the songs have been featured on thousands of videos to various trends and dances.

During the set, the hype man/DJ, Daniel, was quick to the beat pad full of sound bites to get the crowd hyped and laughing before BBNO$ next song. Since it was Daniel’s birthday we all joined in with BBNO$ to wish Daniel a happy birthday while on the tour. BBNO$ had several breaks in the show to converse with and interact with the crowd. The crowd went wild when BBNO$ threw a box and a half worth of merch into the middle of the audience entrusting them to respectfully divvy up the items within the packaging. Towards the end of the show, he even gave away the Fix-It and Forget-It Cook Book by Phyllis Pellman Good to one special concert goer who appeared not to be enjoying the show.

It was special having both Jungle Bobby and ceo@business.net there with BBNO$ so that they could perform each of their verses in ceo@business.net’s single; Take a Trip. The experimental nature of his music carries over to his entire performance leaving you with an unconventional yet truly entertaining experience.

Trevor Daniel at The Vera Project

Youth is such a fascinating thing.