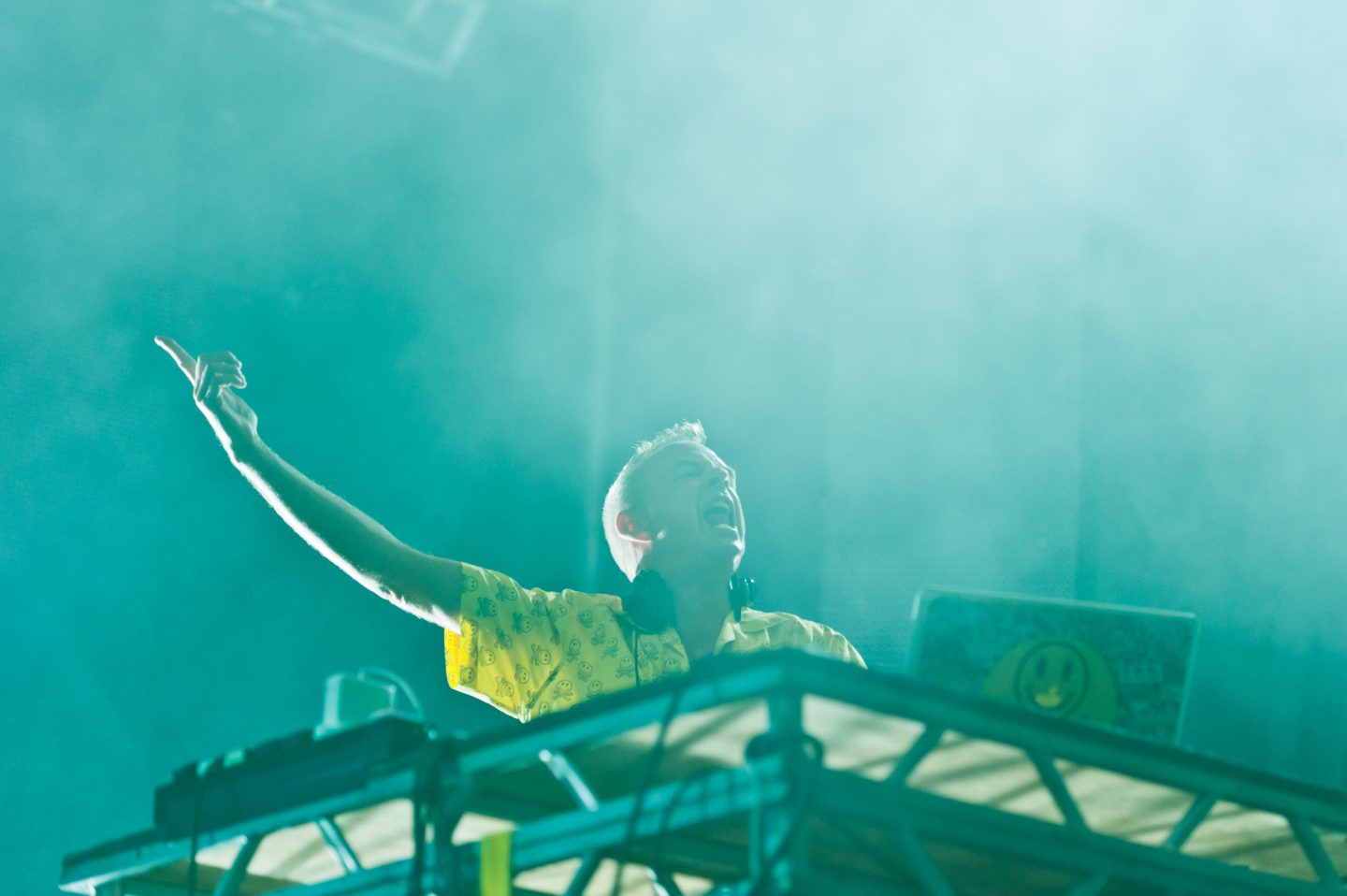 There might have been another huge DJ on the North Coast bill with laser in the name, but if the shimmering emerald lights that cut through North Coast 2011 are any indication, Fatboy Slim isn’t just a Major in the electronic army – he’s the fucking general. He’s been pushing buttons vigorously for longer than most of the attendees have been alive and has all but perfected the art of the DJ finger point. When Fatboy Slim tells you to “put your hands up in the air” by way of the Black and White Brothers even the most jaded comply as if directed by some supernatural force.

Once everyone got their hands up in the air, Fatboy Slim started “Fucking in Heaven.” Not content to be the only one at the party drinking his own Kool Aid, he decided to take everyone else on the magical unicorn ride through through the emerald city of lasers. The set was riddled with versions of all of his famous tracks, but he also dropped in songs you may know the words to like “California Love” and “Fuck You.”

In a sea of “Organ Grinders” and percolators, Fatboy Slim came out on top because of his ability to do what he does better than most other DJs out there – mix. Maybe it’s because he started with instruments and vinyl before computers were even portable, but he brings a wisdom to the tables that cuts through silence as well as those shiny lasers cut through the darkness.