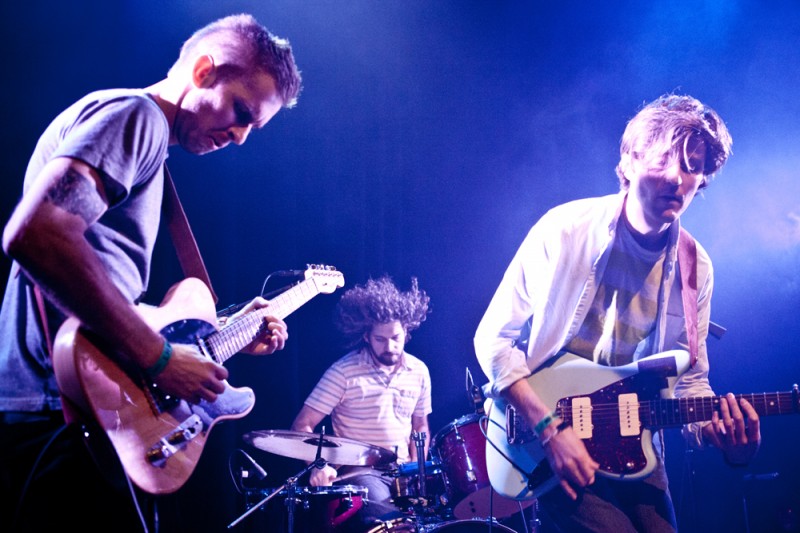 There’s something decidedly indie rock about California Wives. When you mix a bunch of guitars, soothing airy vocals, drums and keys, that’s to be expected. When every single member of your band could easily double as a character from a music video produced decades before, and your lead singer leaves behind finishing a doctorate to pursue music, it’s also easy to draw a comparison to Weezer. But, in addition to being “indie” (for lack of a better word), California Wives are also something different.

California Wives, live or otherwise, are a sonic love song to the 80’s, and there’s no shortage of things to love. They’re indie without putting you to sleep. Rock and roll with emotional intelligence. Dancy, maybe even poppy, without being vapid and shallow. They also happen to be fun while remaining relevant. Right at home in the calm, cool lighting of Lincoln Hall, it became infinitely clear why everyone loves this band so much.

Seeing California Wives live is a bit like going back in time to attend your parents prom–without all the weirdness associated with your own mother falling in love with you. It’s music in the style of an era that Autotune all but killed off. Music with passion that makes you think about TVs with antennas, boys falling in love with girls and an experience that didn’t require tweets or wall posts to enjoy. Music that set the mood, put you in the moment and didn’t let go until all of a sudden the show was over. Yeah, it’s kind of like that.