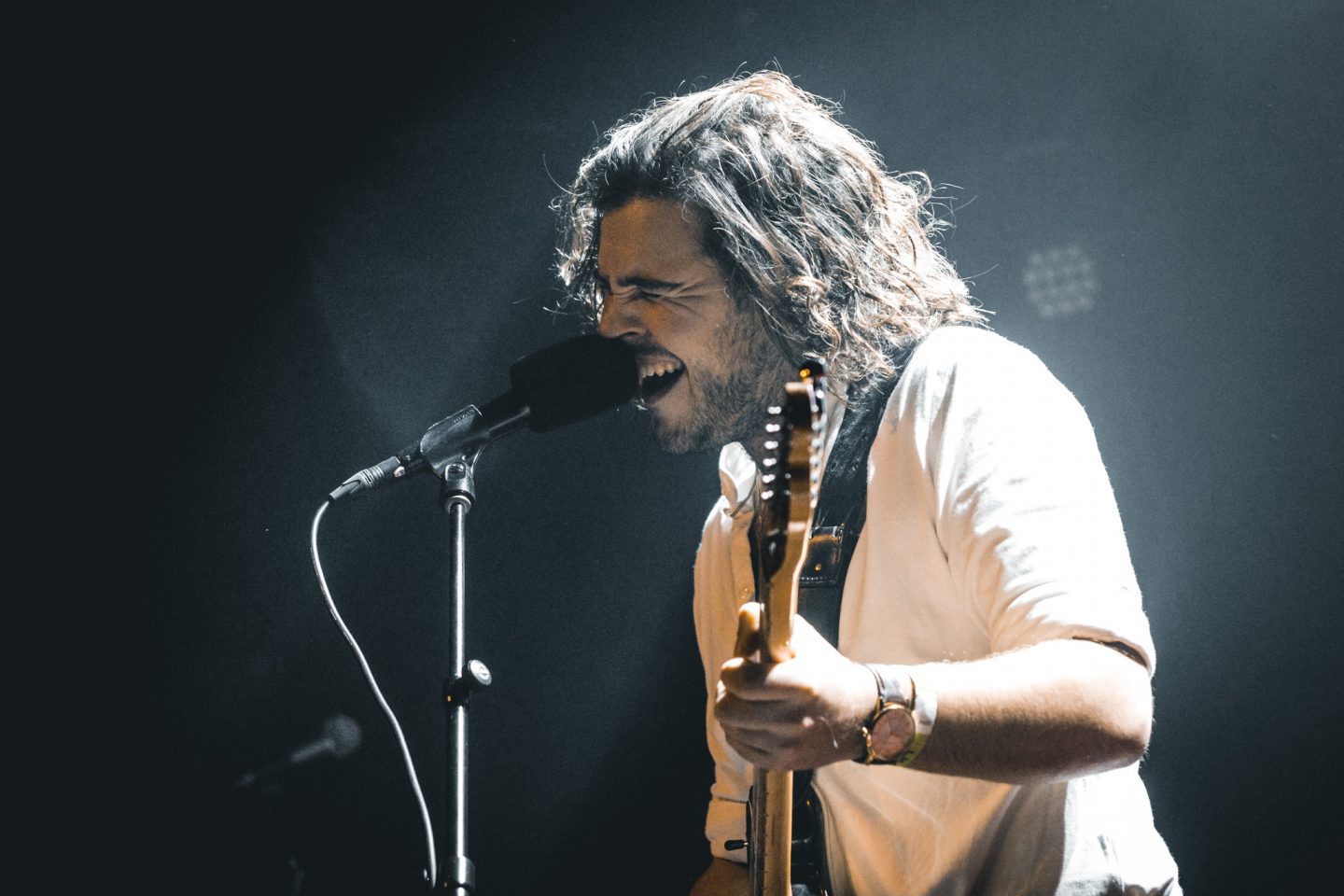 Out on their first North American tour, Amber Run stopped by the northside last Thursday night to play before a full house in Lincoln Park’s Lincoln Hall. Lead by Joshua Keogh, the indie rock outfit from Nottingham has built quite a following here in Chicago. At barely five years old, Amber Run already has two albums, four EPs, and a few full laps around the UK festival circuit in its rearview. Throw in these international stops and you have what most other groups would call a great career. However, judging by the crowd’s excitement to have them stateside, Amber Run may just be getting started.

After being greeted with a “Thank you for coming to the States” shout from the way back, Keogh and company delivered a 17 song set to its giddy audience. Hitting all the high spots of their discography, Amber Run had no problem seamlessly mixing up the setlist. Older tracks such as “5 a.m.” followed the new with ease and crashing guitar rock shifted to somber, almost acapella numbers just the same. Their live performance is a sharp one and it’s easy to see they’ve spent plenty of time on stage in their short tenure.

While the energy and cohesiveness of their overall sound is engaging, the star on the stage is Keogh’s vocal performance. To put it plainly, this guy can fucking sing. He effortlessly hits all the big “yeaaaaahs” and then growl-hums through every chorus without a crack. His voice is well-trained, well-honed, and the centerpiece of every track. The crowd responded song after song with hushed awe, especially during more personal numbers such as “Amen,” an emotional eulogy for a lost friend.

Despite the aforementioned successes of the band, Amber Run has managed to remain rather low-key here in the States. However, if Lincoln Hall’s crowd was any indicator, this is sure to change sooner than not.

This track, “5am,” provides a wonderful example of Joshua Keogh’s vocal stylings: