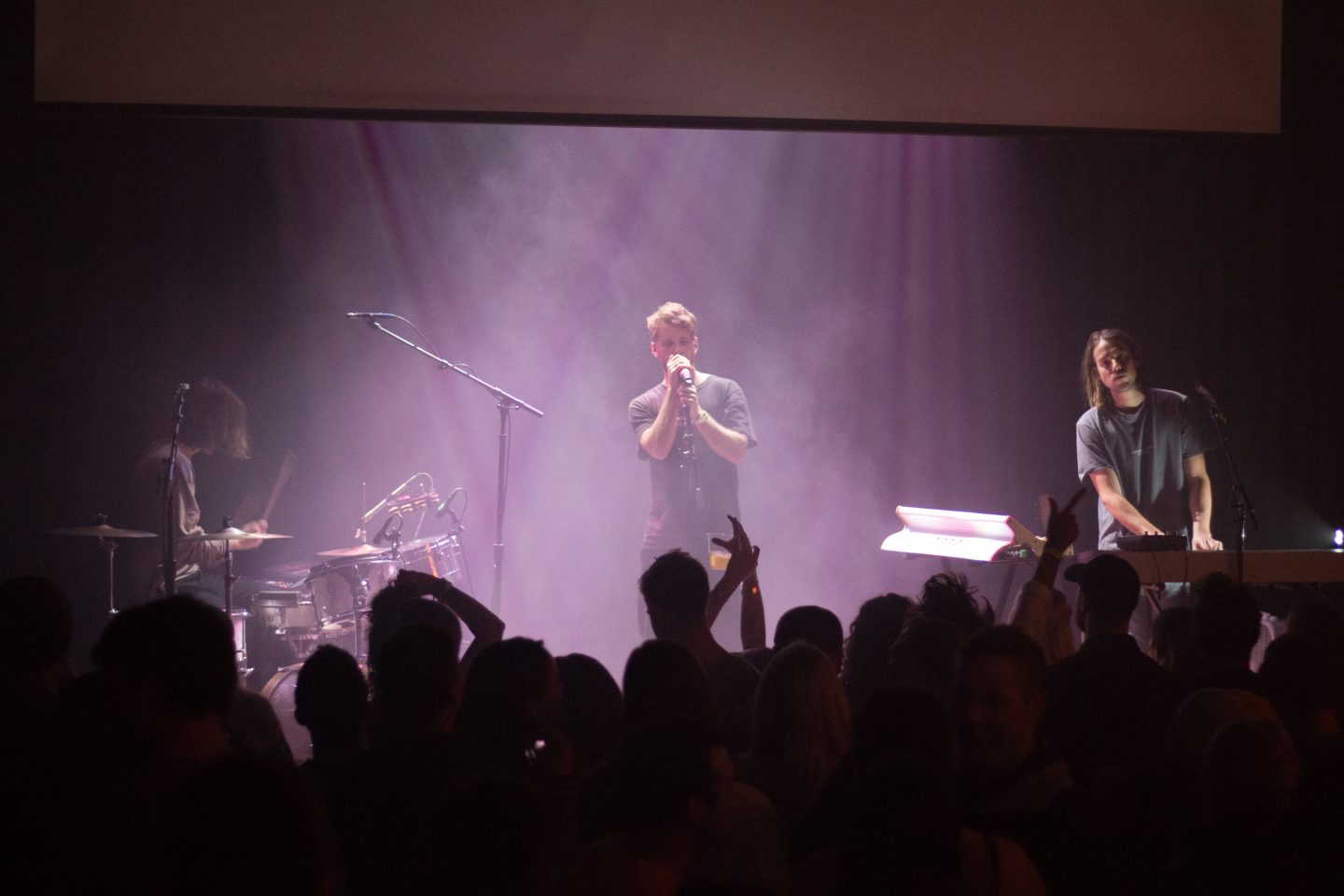 It’s always interesting to watch the preliminary setup work of the roadies. They make sure everything is plugged in, they test all the channels, tap the drums, and for this particular group three things were placed at each station: A bottle of water, a PBR (that’s Pabst Blue Ribbon for those non hipsters reading along) and a towel. That’s right, a towel. Unless they plan on spilling either of the previous two items, the show was going to be HOT. I knew we were in for a treat. With the stage finally set the lights dimmed. Crooked Colours took the stage to a roar of cheering and lots of OMG’s from many fans.

For those familiar with Crooked Colours, the music is very catchy. Fans focus on melodic lyrics, wave their hands and bob their heads. Then, the bass drops and leads the crowd into a mystical dance that is very hard to resist. The trance like dancing comes to a halt only to start again on the next song. The set list was 14 songs deep and not one song had the crowd’s energy diminished or wavered at the mercy of the band.

The show was very visual too. A projection monitor had many designs of leaves, flowers, and other patterns flowing on the screen while the music was performed. One clip showed what looked to be metallic leaves moving and shifting around. This complemented the whole experience and made a nice comparison to the crowd who also moved so freely. I’d firmly place this band in a mix of indie and electronic music. They have a very smooth style and a beat that just begs to be danced to. The Chicago fans were absolutely appreciative of these Aussies coming up from down under to grace us with their music. We’re standing by for the next visit!

Check them out if you haven’t already. This song, “Flow” has 3.2 million views on You Tube. Here it is for your listening pleasure…