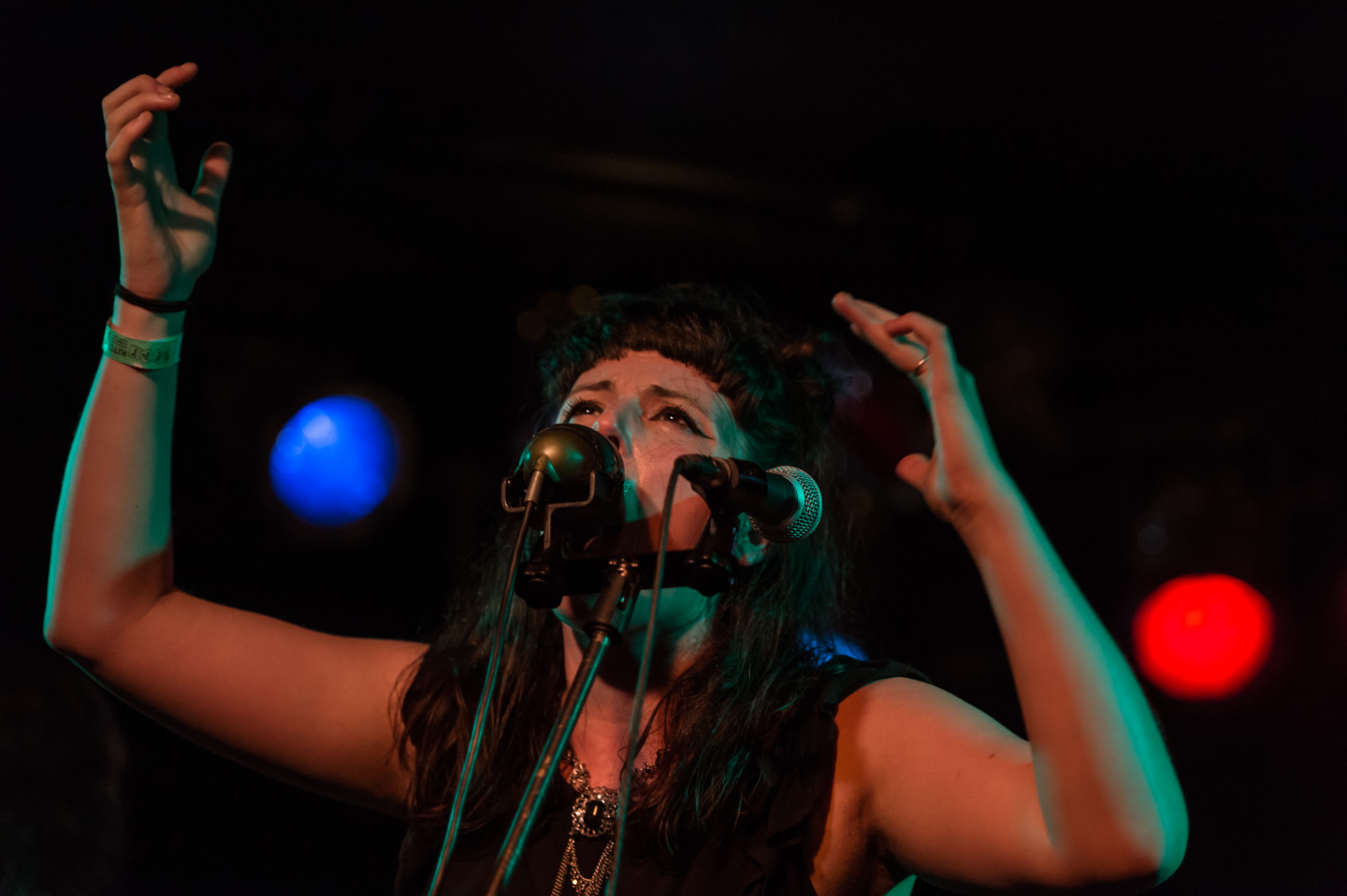 Little time was wasted creating an atmosphere for where the night’s musical feel would be headed. Right out of the gate, an eerie introduction from “The Secret of Drowning” filled the room as a human-less stage went dark. With the first guitar strum this scenario continued via backing vocalist Claire Acey. Her dancing reflected some sort of musical possession, which also appeared to be the case for much of the audience. Men and women (and I assume dogs, cats, rats and pigeons that gathered around the Beat Kitchen) were in trance the moment Carina Round’s voice spewed out of the speakers.

Coming up with the words to describe the musical scenery eluded me at first. But, as the show went on, it started to make sense. There was this presence of a haunting comfort with every word, every melodic line and every time Carina would dance (or shake her money-maker as she put it). The spot-on, chilling harmonies couldn’t have been more fitting for their “Weird Dream.” Each passing song was mysteriously inviting. I can only imagine this mindset is shared by any character in a horror film who ventures off to an abandoned cabin/barn/theater/warehouse (whatever paints the picture for you) because of its unexplainable allure. The difference between their situation and mine is the fact when I pursued with curiosity, I was treated with an enjoyable music experience. The aforementioned characters were treated with… well you know, some sort of less enjoyable fate.

Throughout the set, musical climaxes were tactful, never being muddled by Beak Wing behind the drum kit. Sweeping guitar lines delicately accented “You and Me” showing sometimes less is actually more. Each moment produces visible passion to go hand in hand with the music. From the intimate environment, yet dive-esque vibe of the Beat Kitchen, to the crowd’s intense focus everything was fitting for those moments. On a clammy night where the city missed achieving record highs in temperature by one degree, Carina beat her chest during “Into My Blood” while mascara ran down her face. The night was appropriately capped off as she belted out a scream fit to be heard at the Bates Motel.