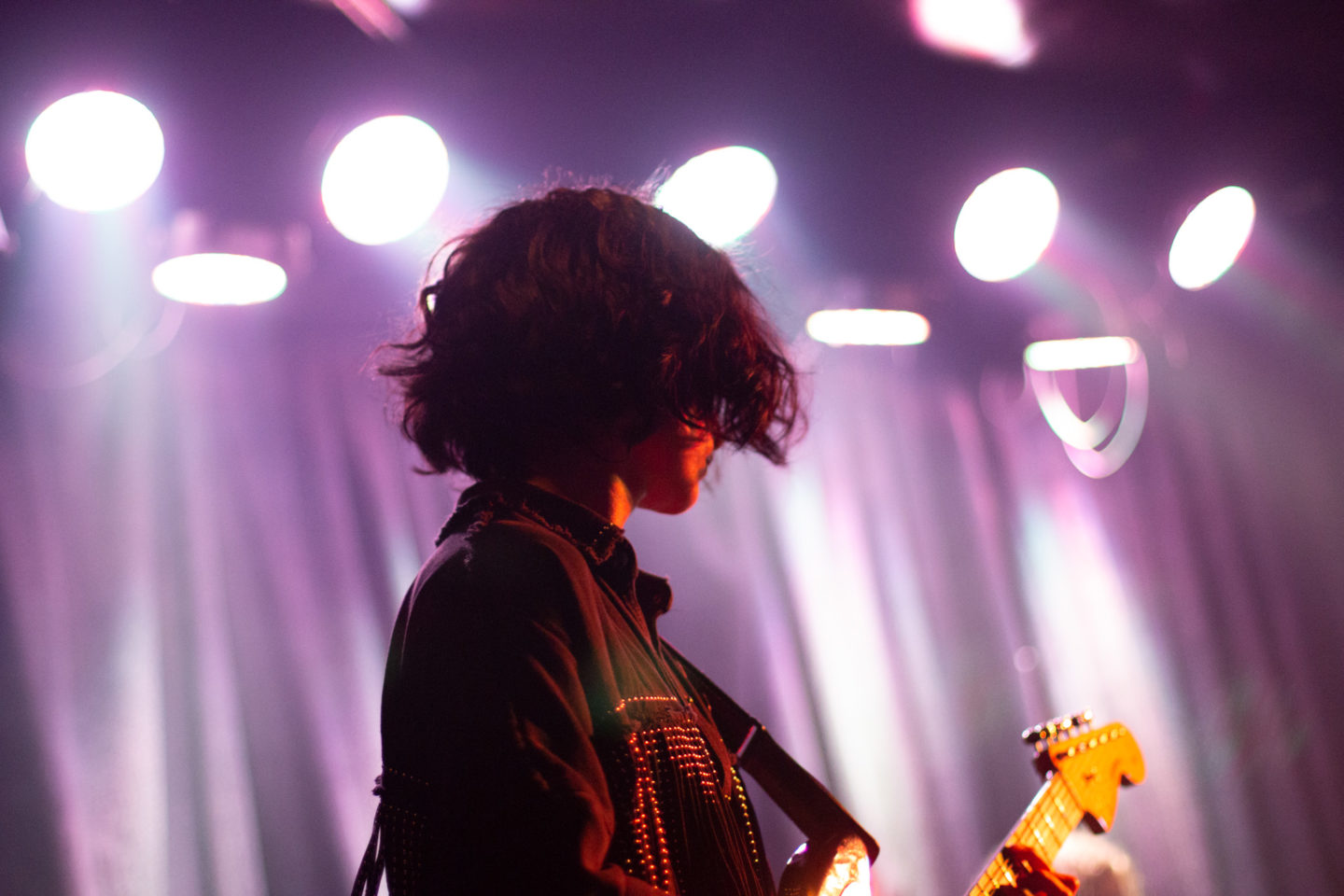 Though L.A. Witch does not “partake in any sort of witchcraft” they had Chicago’s Beat Kitchen crowd packed in tight to the stage and under their apparent spell. Plowing through tunes from their record bearing the same name, they drew some pretty raucous cheers and hollers as they drew each jam to a close. Gone was the somewhat uncomfortable silence between tunes that tends to fill the room at small joints like this. Evidently, the people hadn’t received enough “reverb-soaked punked-out rock” because they demanded an after midnight encore. L.A Witch obliged with smiles and bows to the crowd, making this sweet little gig end on a really cool high note.

Check out “Kill My Baby Tonight” and “Drive Your Car,” both choices in the setlist and a nice sample for what the band can deliver.

Everybody's eyes were glued to the stage for the entire set.