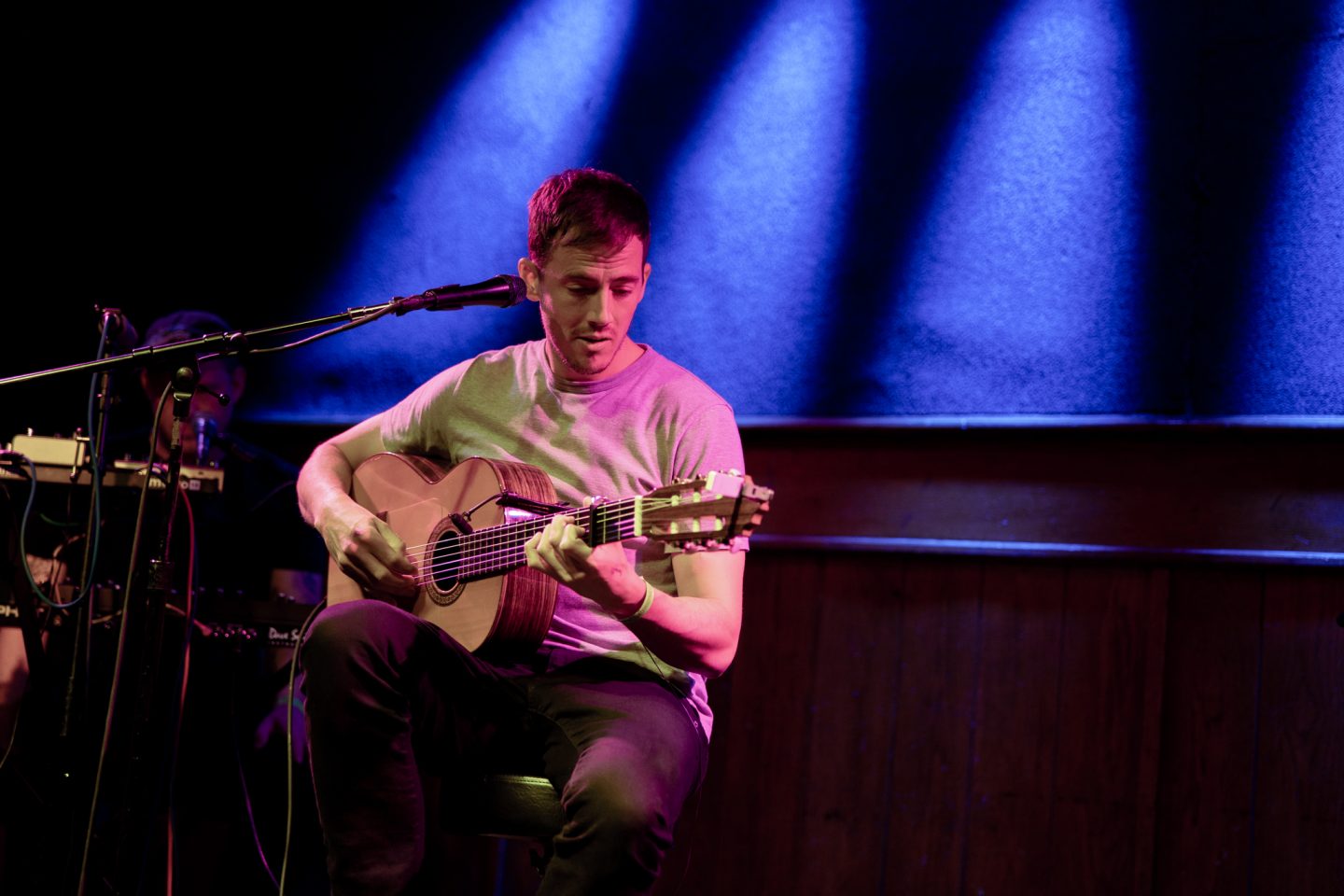 Walking into Schubas concert hall on an ordinary Tuesday night, was anything but ordinary. It was a magical feast for the eyes. The intimate venue, like something from a bygone era, had an otherworldly glow as its nostalgic architecture was lit up by the deep blue and magenta lights of the theater.

Minutes later, Anna Morsett of the Still Tide took to the stage and really owned it. Not only with her warm stage presence, banter and ease, but also with her uninhibited ability to connect with her music and audience in a powerful yet vulnerable way. Her clear, resolute voice was the perfect companion to her solo guitar playing that generated a wall of sonic reverb that vibrated throughout the body and room. And with wonderful irony, her slow and at times mournful songs, in unison with her interactions & presence, energized and increased the audience’s anticipation for Charlie Cunningham’s imminent show.

Charlie Cunningham (my synopsis according the internet) is one of those interesting people who have a strong interest in something but never fancied themselves to be able to fully do it. However it may have slowed them, this never stops them because somewhere deep down inside, quietly, they truly believe.

Cunningham’s performance embodied that. There was both wonderment and confidence…the wonderment of how did I get here, coupled with the feeling of always knowing where you belong. The audience, in turn, welcomed him and let him know that he had in fact been right in believing all along.

Couples swayed to songs of love, loss and of lovers confusion from Cunningham’s current release, Permanent Way, as well as to older material. One of the highlights of the show was when Cunningham played a solo flamenco piece, which showcased both his dexterity and keen guitar playing. It was a moment where he really seemed to let go and was expressive, playful and confident.

The crowd’s response to the performance of both Cunningham and his bandmates was incredible. The happy expressions worn by the crowd were in stark contrast to the anecdotal nature of the songs, once again, allowing the irony of joy to harmoniously coexist with melancholy.

The red-dressed goddess took the stage and became instantly one with the aptly lit surroundings.