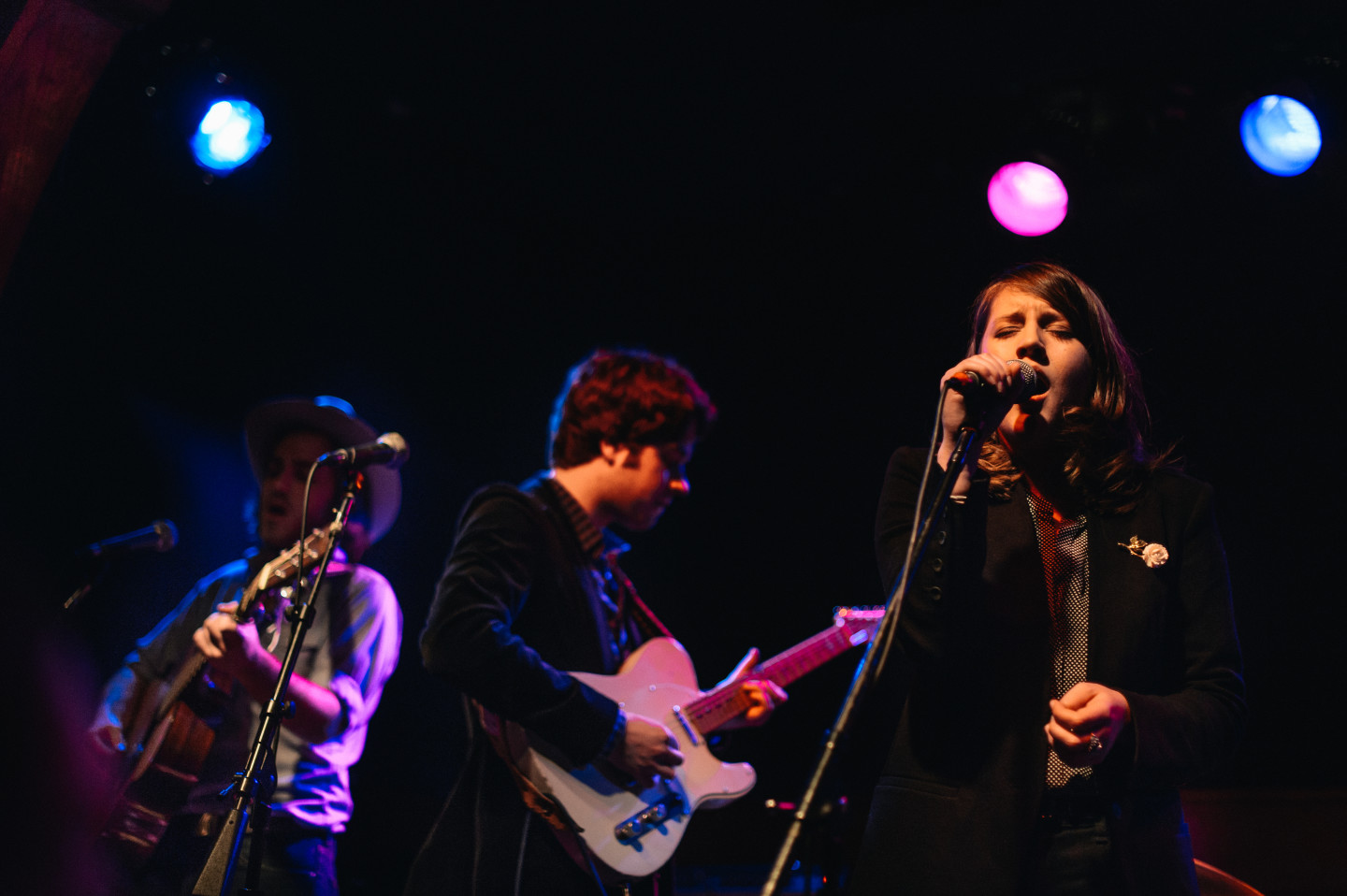 To be honest, my preconceived thoughts on what I would be in attendance for were off. A night of country western music isn’t normally in my wheelhouse. I’m fortunate to have been mistaken. Had I not been, I would have been much less interested in checking out Caitlin Rose and would have missed a solid performance. From her quirky charm to the talented group of musicians behind her to the blurring of the genre lines, Rose & company paved a very round musical landscape.

The band’s stage presence was one to keep you guessing. Rose extremely calm through and through. Her body language implied her motions were effortless, while her vocal range screamed with power. This contrast leaves me stopped, wondering. On one hand it’s impressive to see such a strong performance look unlabored. On the other hand, I’d prefer seeing a bit more visual emotion from the young singer. Aside from what I saw and heard from her musically, Rose was playing well to the audience conversationally as well. Between a few songs, she told small back stories filled with quips. Before “Old Numbers” she described the game most people play debating whether or not to call phone number they shouldn’t have kept. This, much like her other stories brought laughter to those inside Schubas.

The Schubas stage packed six musicians, all of whom were on top of their game. When guitar solos were front and center they were short but impressive. The riffs seemed to infuse 50’s and 60’s rock guitar into a country setting. It felt right combined with music balancing the edge between rock, country and pop. This mixture held the course for a good portion of the night. Aside from guitar, bass and drums (which can be seen at a majority of concerts) we were graced with a very well played lap steel guitar. The lines weaved between vocal melodies and soared during intros and interludes.

Although I was welcomed to quite the surprise when I heard the first few chords, I’m happy to have seen a group of talented musicians do their thing, their way. When you’re leader is calm, cool and collected from the very first note, it’s hard to not put on a great show. Channeling her inner Patsy Cline, Rose stood out as a unique artist who didn’t shy away from changing the pace of the modern country scene.