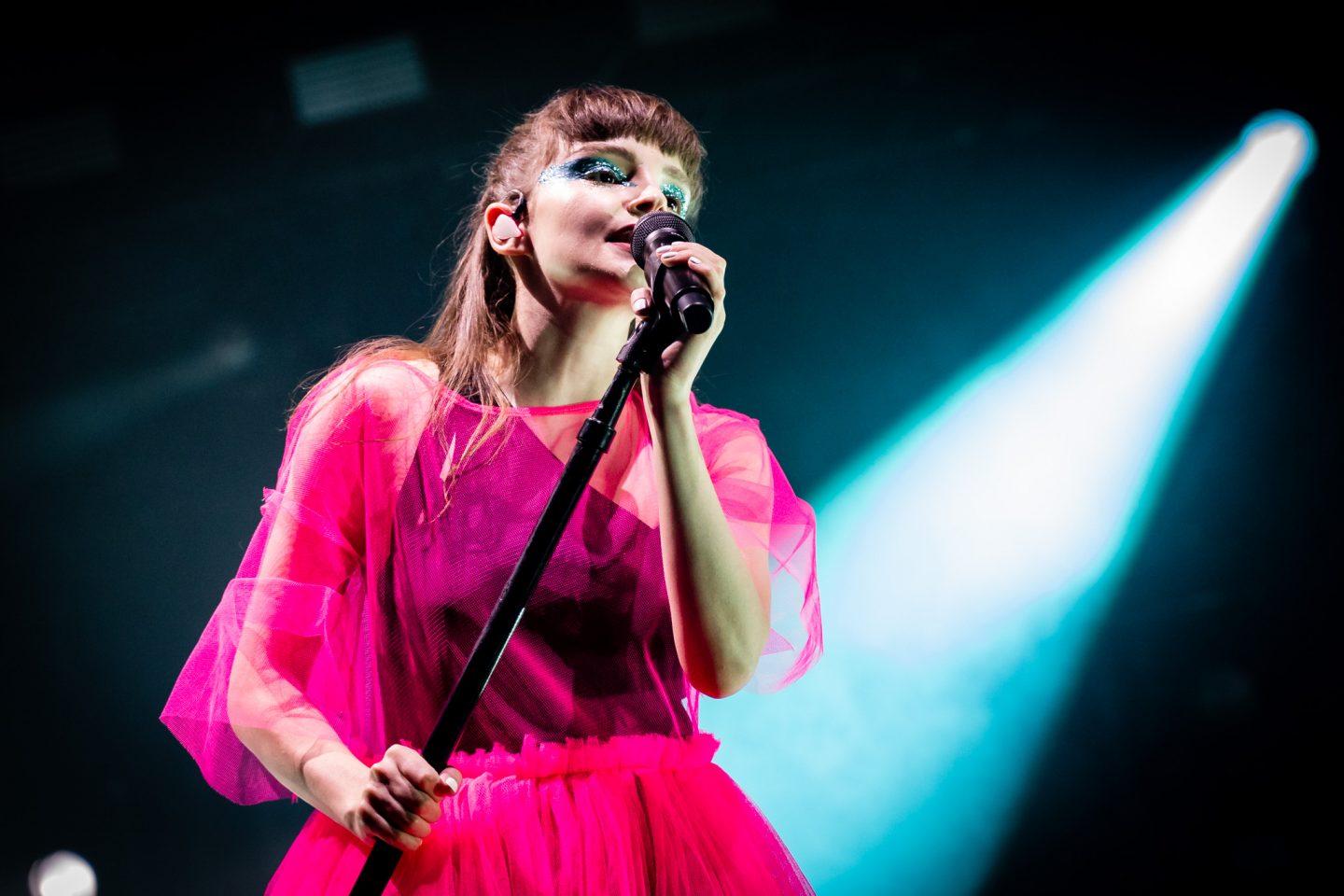 There was a palpable buzz in the air on Thursday evening in Chicago. Returning after just 4 months to the very same same stage at the Aragon Ballroom where they played in December for a Q101 show, Chvrches this time was the main act, out on the road in 2019 in support of their latest album Love is Dead.

So, the backdrop here is the bit of controversy in the media surrounding vocalist Lauren Mayberry and some comments being made by certain rap artists. We don’t even want to touch that story here, as a simple online search will provide all the content you need to know. Let’s just say, much respect for Mayberry for speaking her mind, striving for a high standard for all artists and doing the same herself.

Unfortunately, all this “context” created an interesting situation for the pool of photographers for this show. We were essentially sequestered and were only allowed to enter the main ballroom merely a few minutes before the Chvrches set only (no-go on the opener Cherry Glazerr) and were promptly escorted to the street immediately after the first 3 songs. Our understanding was that there was heightened security at the show (again, due to the media controversy referenced above) and this evidently meant that a bunch of photogs wouldn’t be allowed to hang around in the venue. Needless to say, it was quite the experience, from a concert photographer’s perspective.

So, forget about all that. The takeaway here is that Chvrches has become massive…they have a huge and continuously expanding fanbase. I’m referring to their presence as a group on stage. Sonically, there was an astounding power and clarity in their live sound. And they really bring the goods right out of the gate, with full volume, full stage lighting and high energy. They do not hide in the shadows for the first 3 songs. They literally get right up in your face. The song selection here for the first three are some of their most uptempo and energetic tracks: Get Out, Bury It and We Sink.

I was so disappointed that I had to leave, but even after all that, being able to experience this evening, in it’s interesting context, and for only 3 songs was totally worth it. Rock on Chvrches!!!