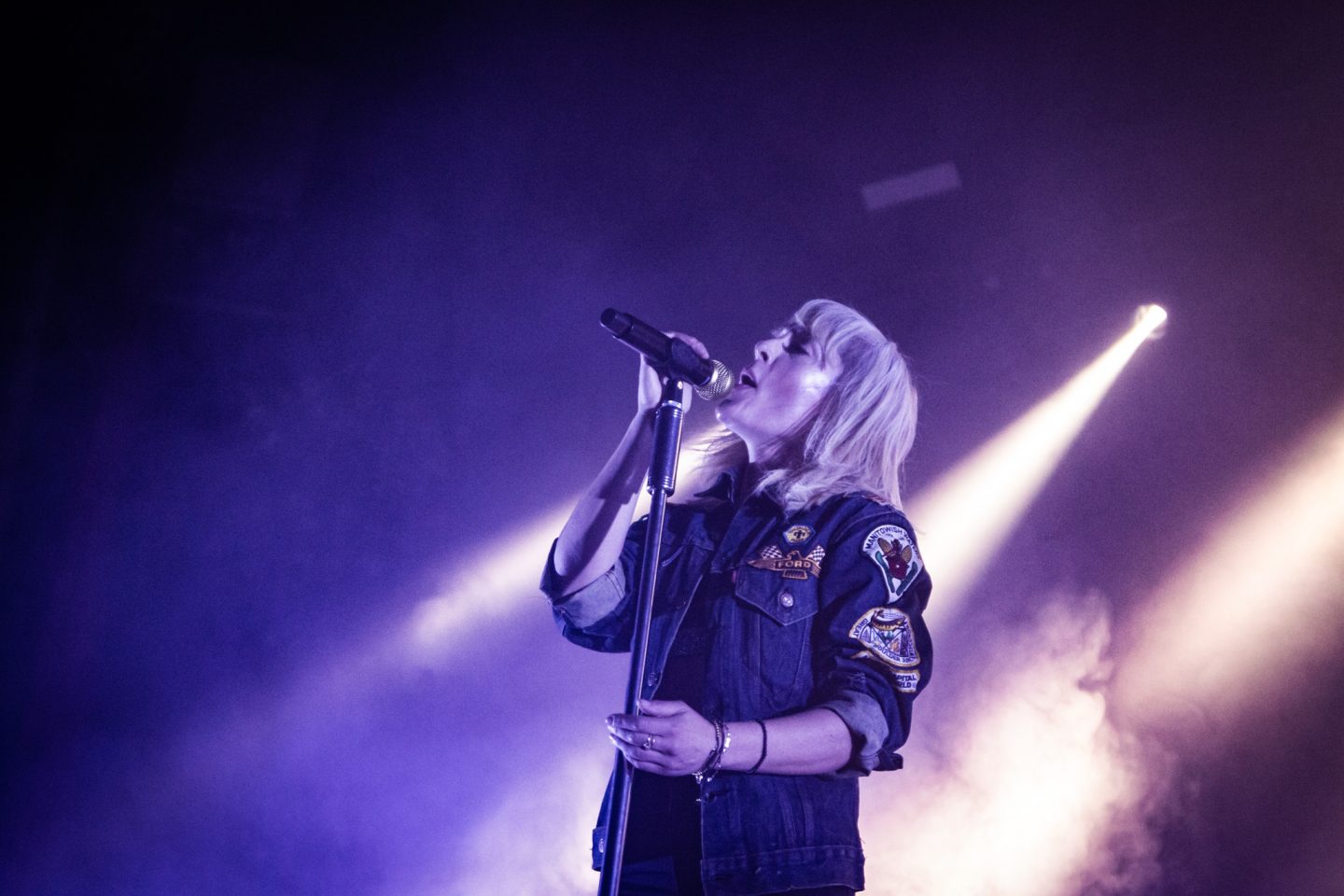 Emily Haines is a total badass. It is both invigorating as well as exhausting to watch her on stage, like watching Zumba or whatever the latest cardio fad is. She owns the stage (all of it) and she owns the mic. Sometimes she stops moving though. Then, the way she stands at attention barking into the mic is a bit of an odd juxtaposition, given such discipline and ferocity in her delivery matched up with the higher end range and timbre of her voice.

Let’s not forget about the rest of Metric. There’s a rock solid foundation here in the band…James Shaw on guitar, Joules Scott-Key on drums and Joshua Winstead on bass guitar. They’re a svelt bunch, these Canadians known as Metric. They’re fit, they’re classy and they’re hella talented. And it was an honour to witness their craft at The Aragon Ballroom in Chicago.

The fans were sure into it with plenty of piercing yells between songs, and lots of jumping and singing during. Mid-set, during Underline the Black, you can really feel things have settled in…the sound is dialed in by now and so is the crowd. The whole of the energy goes up accordingly.

Out on the road with Zoé and July Talk, Emily stops late in the set to show deep gratitude to their tour mates and to acknowledge the beauty and coolness of the Aragon Ballroom. She’s also tapping into a couple of cultural staples here with her Chicago Blackhawks logo patch high and tight on the right sleeve of her stone washed jean jacket.

As expected, but not in the least in a negative way, the set reaches it climax with “Now or Never Now” from 2018s Art of Doubt. They’ve worked through all their staples in the set by now and this newer song feels like the perfect bookend to the evening. Check out the track right here and have a look at the setlist down below the photos. Enjoy! ilovemetric.com

No Lights on the Horizon

Manchester Orchestra at The Aragon Ballroom

The band performed nearly entirely in the dark.