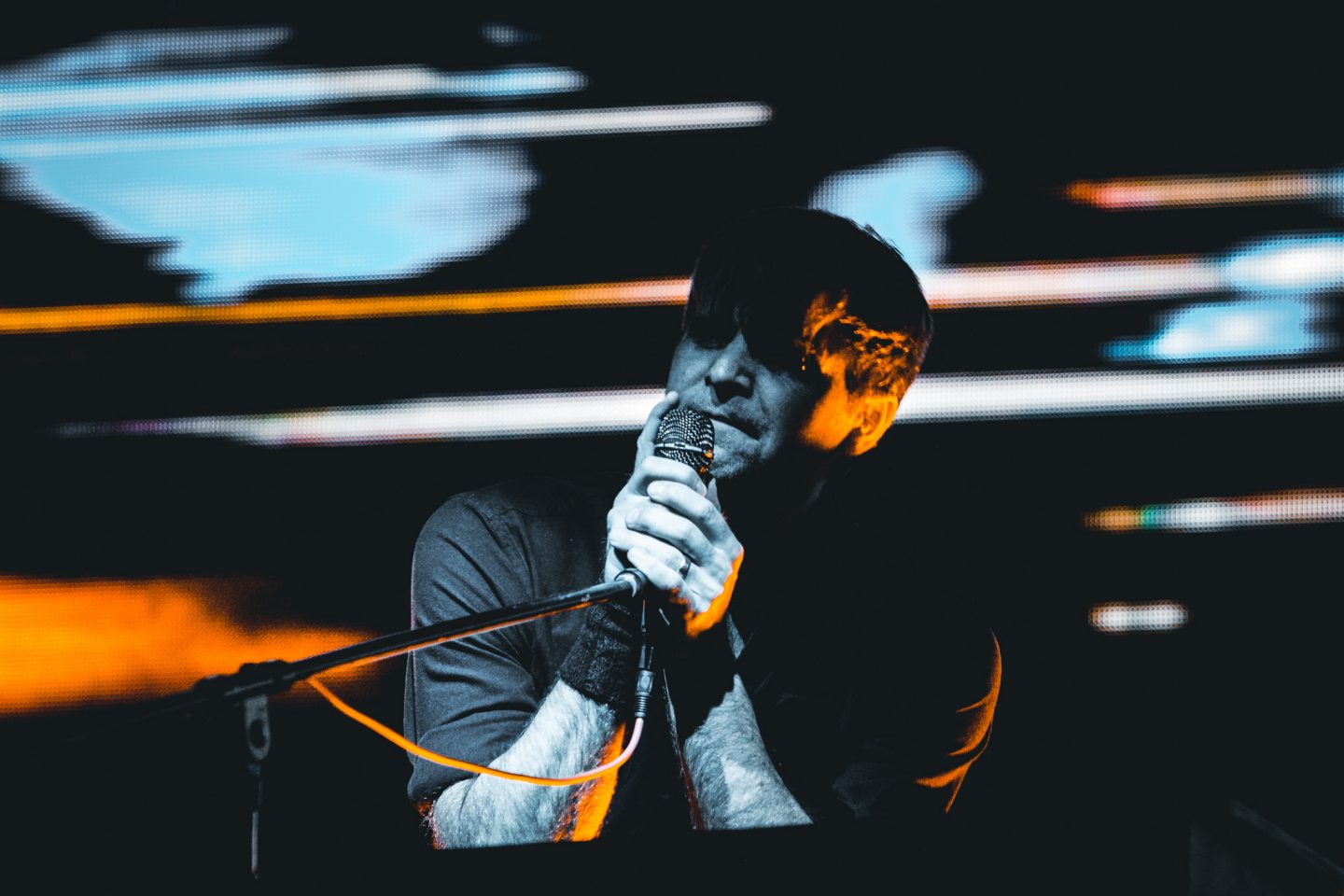 Hot on the heels of their practically legendary show back in October, in which they reproduced Transatlanticism start to finish, Death Cab For Cutie returned to Chicago to help us fire up the holiday spirit with this 101WKQX Christmas show, The Nights We Stole Christmas. That October show, which Lost In Concert photographed and reviewed was at the opulent Auditorium Theatre, and was an Icons worthy performance. So we’re not even going to talk comparisons here. This Sunday evening show at the Aragon was about an evening of festivity and joymaking.

“I love you Ben,” shouts not one, not two, but countless fans draped over the barricade at the front. I notice some smiles around, on the faces of my fellow photogs. We probably agree, but, not really a classy move to act like fanboy/girl in our position out in front for the first three. Everyone seems to light up though, that’s fair to say. Ben is larger than life, and he’s surrounded with wizards on their respective instruments, who perform at a masterful level. The lifer fans know this and are once again rewarded. The newer fans are in for some schooling.

Death Cab for Cutie hits the stage and they build the tension and make us wait by bathing the crowd in an extended intro full of droned out guitars, drum interlude patterns and waves and washes of synth. They launch into, uh oh, oops, full stop. I didn’t note the first 2 jams, so I’m having to rely on Setlist.fm for the first two. I lost myself to the frenzy and spaced out. Evidently, the first two were “I Will Possess Your Heart” and “Summer Years.” Well, I trade that little bit of meditation for journalistic perfection, because we’re focused on the experience here!

Third in line is “The Ghosts of Beverly Drive.” In my opinion, this is one of their best sleeper tracks of all time. It hits perfectly in the #3 slot. The break where Ben indicates “You want to teach, but not be taught. And, I want to sell but not be bought” followed by that wicked reverse guitar rake, gives just enough time to think and breath before being swept back up into the collective march to the finish line.

This time around, Death Cab steered around Transatlanticism, giving essentially a concert unique from that back in October. The setlist, expertly crafted, was great for the festive nature of this mini fest.

If you haven’t already, see if you agree with the aforementioned waxing regarding “The Ghosts of Beverly Drive” and enjoy the photo set down below.

Elle King at The Aragon Ballroom

With the sass of a cranky lover, she spit her tales like one would during a hangover brunch.