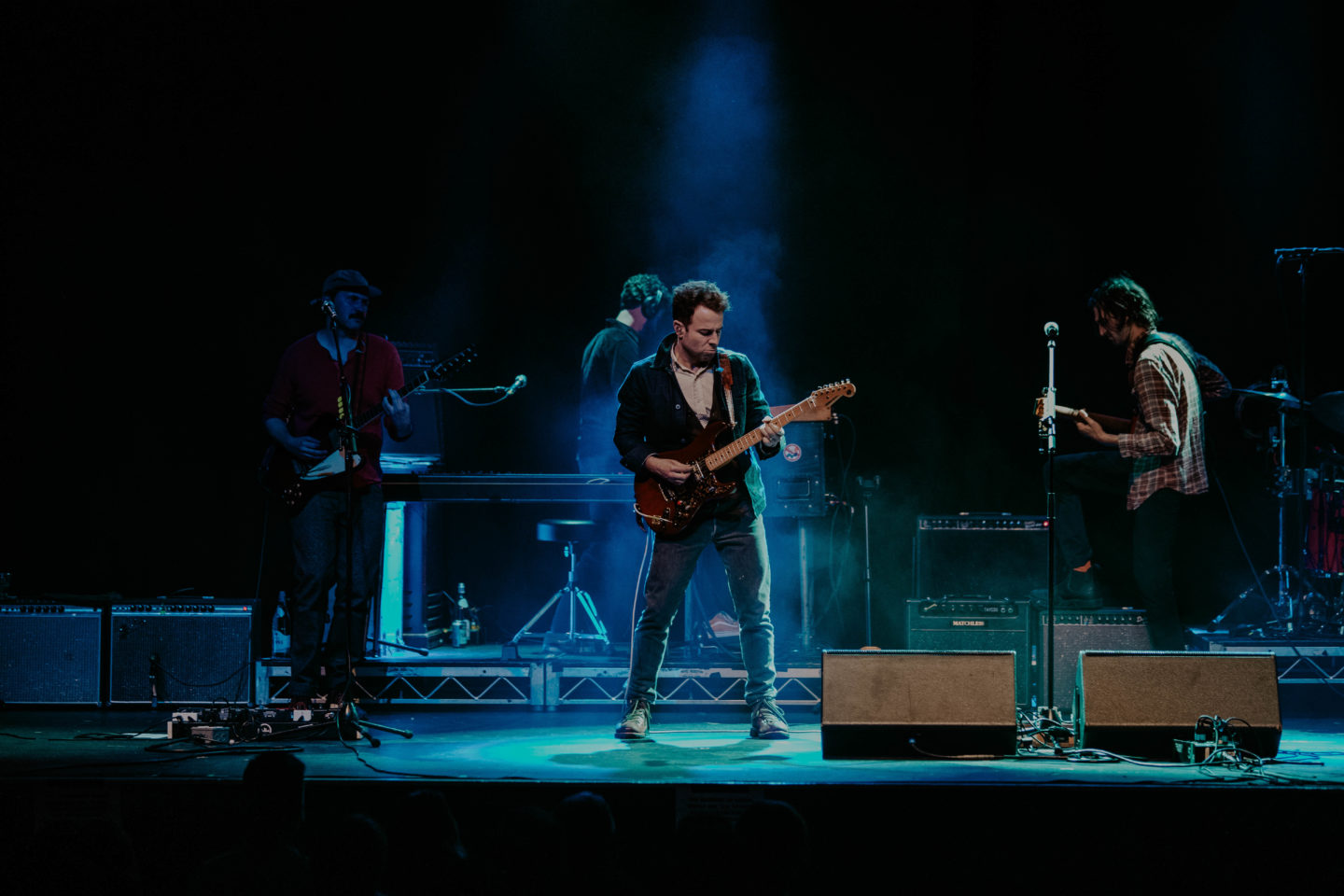 From the minute the band hit the stage, the crowd was alive in a way that only long-lasting fans come alive. Like a generous exchange, you could feel the appreciation from the band in their subtle smiles and demeanor as they crossed the stage to set up. With a steady seven albums under their belt since 2009, Dawes is the kind of band that clearly knows how to capture their fans’ hearts. And the whole night was a testament to why.

After a gentle introduction with Good Luck With Whatever, they brought the energy to a steady keep-dancing-on-your-feet level and kept it there. The spirit of the night was contagious and it helped that every member of the band seemed to give themselves over to the experience of the crowd—they were really there to give people a show.

As a band, one of the most defining factors is their ability to tell a story. Like an old country song, they continually take you on a journey in 3-5 minutes that you didn’t know you’d experience in the comfort of your venue seat.

With a mix of old-school country storytelling, folk, and rock and roll, you get the feeling of a modern-day Creedence Clearwater—nostalgia and hope and like the night could go on forever. Something about it makes you want to sit back with a whiskey, a few friends to dance with, and an endless night ahead of you.

Throughout the entire setlist, everyone on stage gave it their all particularly lead vocal, Taylor Goldsmith whose personality seemed to shine through in a way that recordings just hadn’t done justice. He regularly moved from losing himself in playing his guitar to animating the song lyrics with his whole body. At one point, he threw his guitar around his back and posed for the thriller dance as he sang the lyrics to When The Tequila Runs Out.

But what made the night was a pure love for the sound. The whole night, the band would fall in and out of jam sessions, hitting the best part of any show: when the musicians lose themselves so much in the music that you both forget you’re there too. They delivered not just the passion of their music but an experience that would change the sound of their songs for all of us from then on out.

Belle & Sebastian at The Paramount Theatre

It's not your parents' dance party