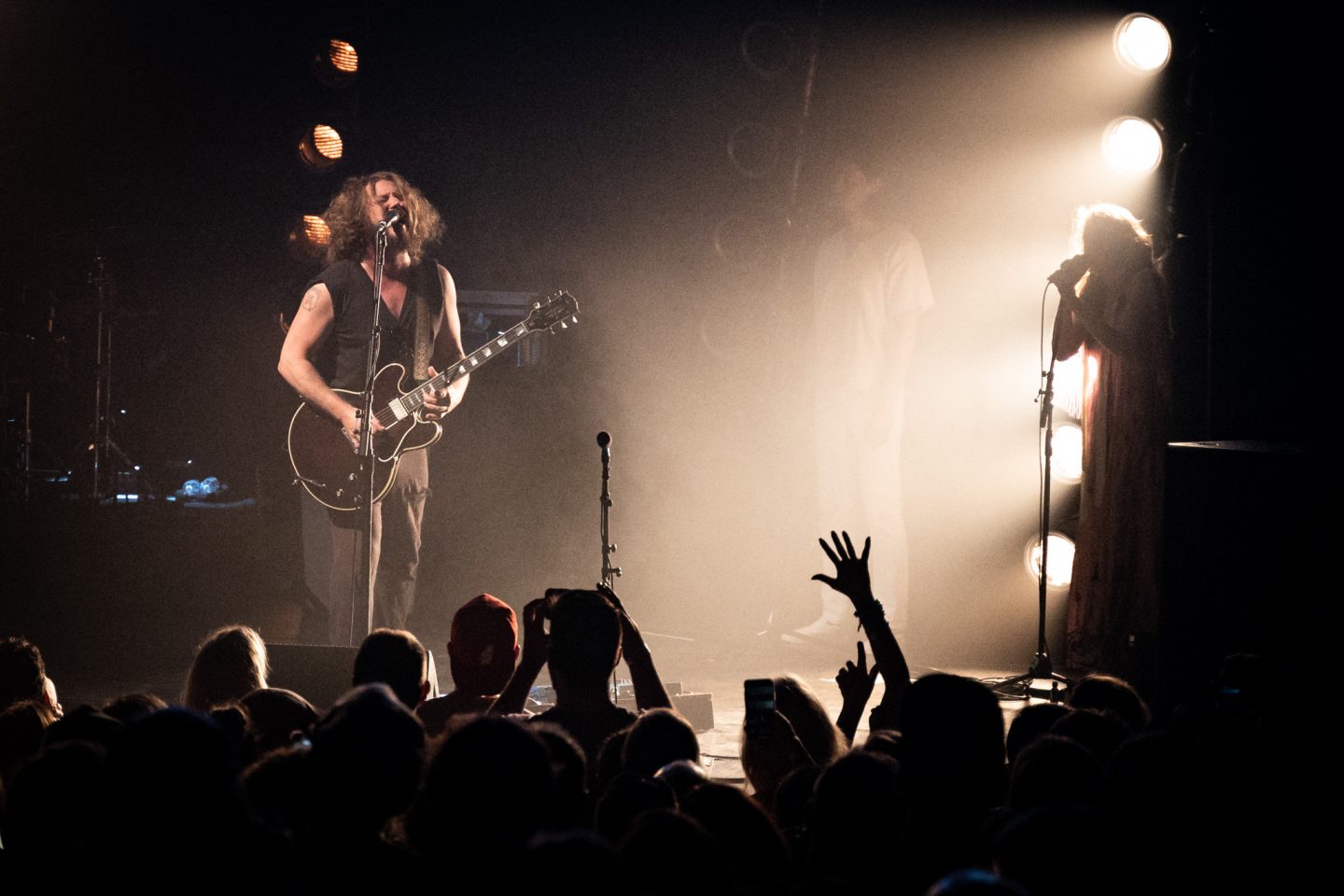 For the uninitiated, a Jim James show is bound to be a little bit rock and a little bit country. And sure, it’ll get a little bit hippy, although, bear in mind, it’ll never turn too dippy. A Jim James show is a laid back affair with an attentive crowd where the vocals and guitars both soar while the set hums along and this is just what he delivered last Thursday at the Vic Theater here in Chicago.

Without saying a word, James and his seven tour-mates opened with crowd pleasers “Over and Over” and “You Get to Rome.” Then, taking only a moment to change guitars in-between, it’s “Out of Time,” “A New Life,” and “Just a Fool.” It’s crowd pleasers all the time really and there’s a collective hush over the crowd when a song ends in anticipation as to what might follow.

Of course, we know James as the frontman and lead songwriter from his time with My Morning Jacket. However, his solo act is a much different set. While MMJ works as cohesive unit on stage, this solo set is James’ platform to shine and he doesn’t waste the opportunity. His backing players fall right in line, following his cues as James moves from one song to the next at his own pace. No place is this more evident than with his guitar-work. With MMJ, he’s a player. Solo, he’s the leader and, as the show grows older, his solos only grow longer as if he’s building more and more confidence along the way.

Actually, many may only know James as “the guy from My Morning Jacket,” and this has never seemed to bother him. The first two songs of the encore were “I’m Amazed” and “Bermuda Highway,” hits everyone knows whether they are fans of MMJ or not. He performed both as solo acoustic numbers and it was a nice touch to have them stand out from the rest in such a way.

James never spoke between songs. There were a few waves of appreciation here and there, maybe a nod or two, one thumbs up, a peace sign, but otherwise, he let the music do the talking. In fact, the only sentence he uttered was to give thanks to Lovell Femme (lead singer of Amo Amo and one of his back up singers) as it was her last show on the tour. The duo then sang a tender version of “Of the Mother Again.” Wanting to end the show on a big note, an extended version of “State of Art (A.E.I.O.U)” finished off the night with the crowd chanting along. With the cheers and applause seemingly never nearing a crescendo, James left the stage with a few waves but, again, without a word. Sometimes you can trust the music to say it all and nothing more needs to be added.