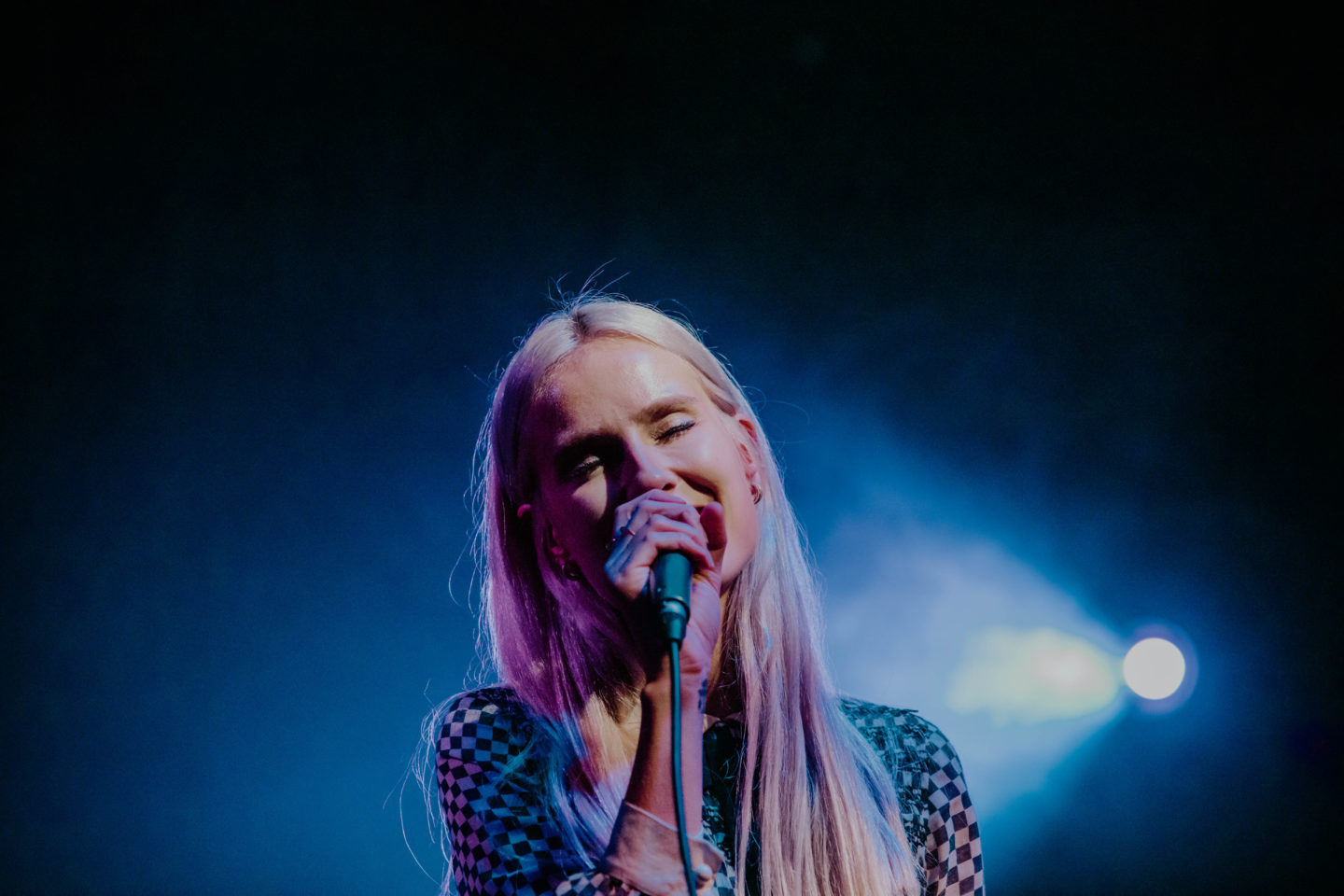 The lights cut through the smokey air and the bustle of listeners is heard underneath the occasional yell from the seats. Anticipation hangs over the seated crowd.

It only felt right that the return to live music in Vancouver be kicked off by the debut of local Vancouver artist, Taletta. It was a new beginning for all of us. On a rainy night in September, Taletta, a 20-something artist with hints of Phoebe Bridgers and Peach Pit, released her debut album Cruel Joke at Fox Cabaret. Alongside the ever-indie Sydney and synth-pop vibes of Wilson Blue, the night was set to be a collection of raw, heart-on-your-sleeve music.

Taletta introduced the crowd to her mix of soft 90s rock and modern Indie sounds with her lead track, Blue Hour. Only at the end of the first song did she let the crowd know that tonight was indeed a “cruel joke” as she was losing her voice. But in the words of Talleta, “we’re still here to party!”

Despite a strained voice, she beautifully hit her high notes and chatted with the crowd throughout the set. The lyrics were a raw and intimate narrative that made the night feel like walking right next to her on whatever journey had brought her to this stage. It was all set behind a full band that filled the stage with soft electric guitar and steady rock beats, including an occasional violinist and backup vocal.

The night felt like everyone was leaning in, both the crowd to the artist and the artist to the crowd. For months local clubs have been silent and to reunite there under the sound of soft Indie heartbreak, felt like the perfect way to be welcomed back into the experience of live music.

As she ended with her last song, We’re Just Strangers Now, which required girl-punk notes and a chaotic instrument collection, Taletta finished off with a poetic “mic-drop” moment as though telling the world she had said all she needed to say.

It was everything from the band to the album construction that made this feel like an artist taking her first step into her spot in the music scene. It seems that after a year in lockdown, Vancouver may be coming out strong with some fresh faces worth paying attention to.