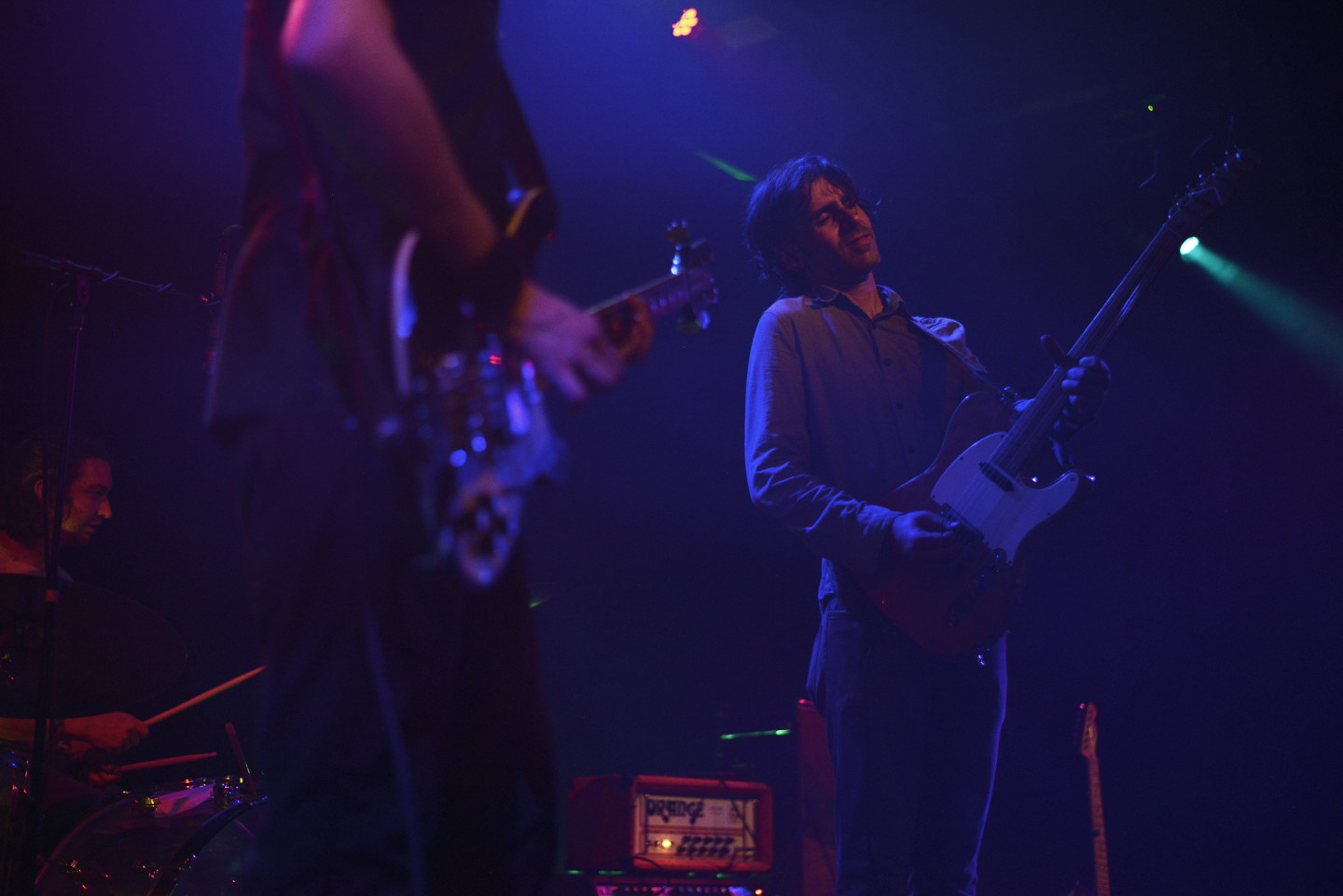 Now that weed is legal in Seattle, Dead Meadow stopping by the Crocodile in Belltown on their current tour is probably more appropriate than ever before. Their groove oriented, Black Sabbath-inspired waves of psychedelic slow jams had Tuesday night’s crowd moving in blissed-out euphoria more effectively than Aurora boulevard’s best kush could ever deliver. I’d seen them open for Sleater Kinney a decade ago in NYC, and ten years later, they played with the same hypnotic energy.

They began their set by leaving their freshly tuned instruments abandoned and looping on stage as the crowd’s anticipation grew. As the crowd was about to explode under The Crocodile’s dim, unconsciously trippy lighting, they returned to pummel into songs from their now-classic records Shivering King and Others, and Feathers, which, along with Black Mountain’s Wilderness Heart remain some of my favorite physh-rock albums of all time. Their combination of Jason Simon’s wah-heavy, yet sophisticated guitar solos, Steve Kille’s droning, circular bass riffs, and Mark Laughlin’s Bonham level drumming let the crowd sway in an out of consciousness for the entire set.

Meg Myers at The Crocodile

Music is my drug of choice