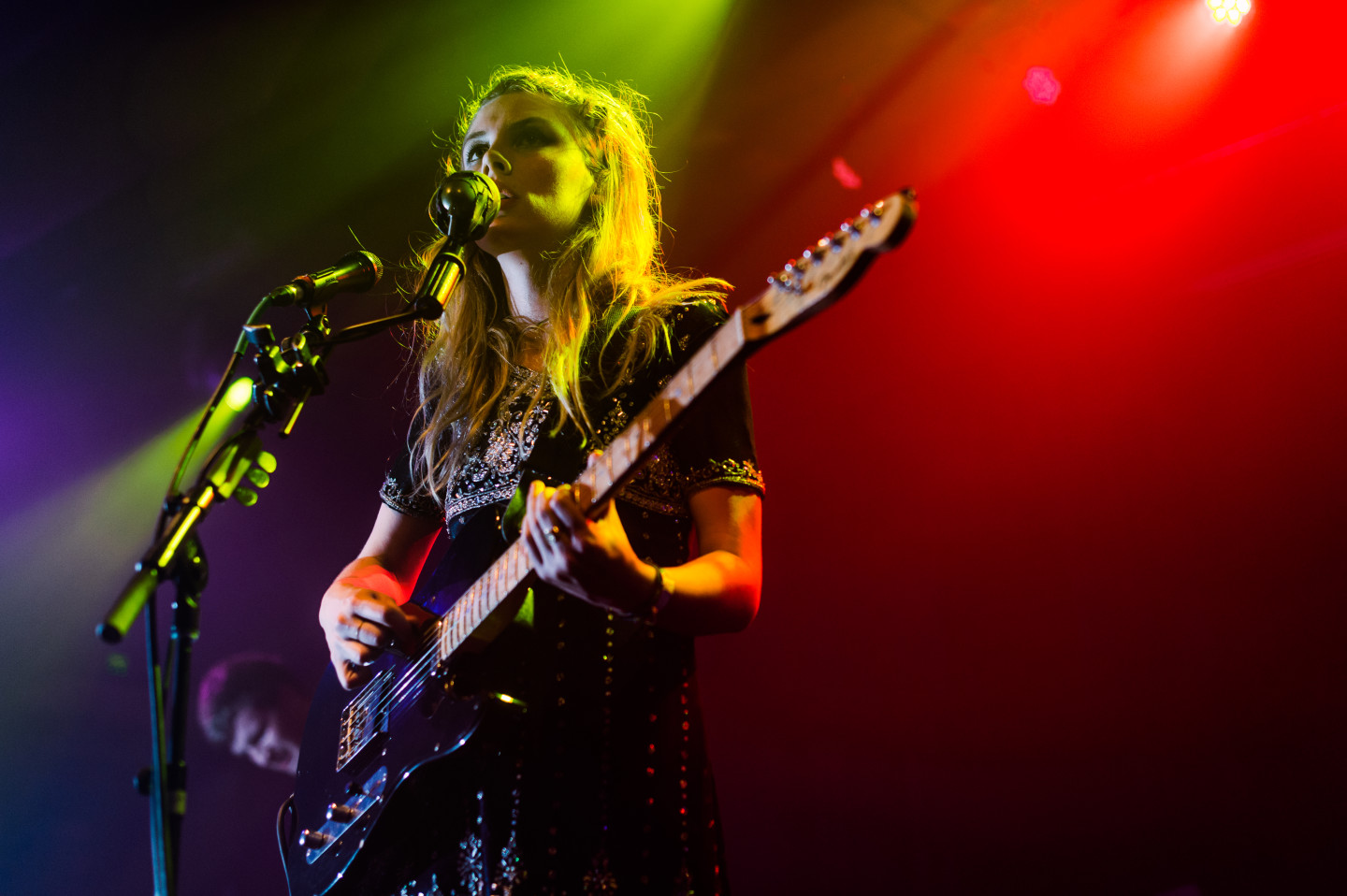 Wolf Alice has everything happening in a band that I adore. The way they mix ’90s indie alternative rock with grunge and top it off with a touch of beautiful, sweet anger care of front woman Ellie Roswell.

She will lull you and draw you in like a siren. But watch and wait for an explosion of emotion is sure to be close by.

Regardless of how I feel about this band, the fans were more awestruck than most shows I go to. These fans at The Crocodile in Seattle were singing some of the songs louder than the band! Some friendly girls in the front were even nice enough to share some of their body glitter with the bass player Theo Ellis before the bands set. I know what you’re thinking now, but no they didn’t transfer it from body to body.

Although Wolf Alice’s set was shorter than most headlining acts going around, everyone was fully satisfied. Let’s be real and pay attention to the fact that they haven’t released much at this point. No matter. They rock, they know it, the fans know it. If you entertain the notion of music being a vehicle to communicate for the rebellious and emotional than you will know it, too.

Music is my drug of choice

Rival Sons at The Neptune Theatre