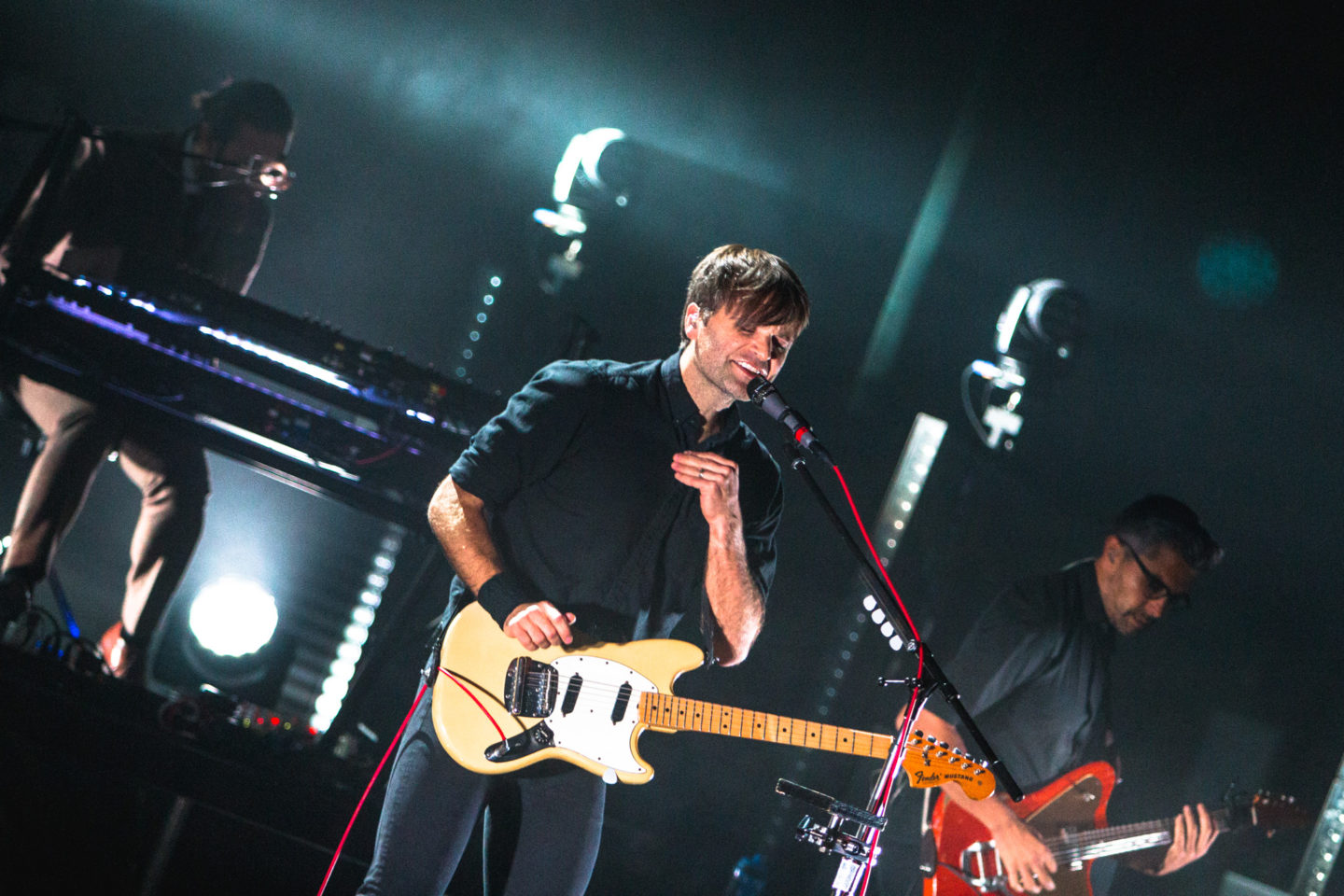 Bright eyes and smiling faces filled the Auditorium lobby this past Sunday, buying up merch and recalling all of the Death Cab for Cutie shows they’ve seen in the past. Overheard in the beer line, “I saw them in 2003, when Trans came out, and I’ve been thinking of that show ever since.” The Death Cab fanbase is a dedicated one and they proved it yet again with a sold out show at Chicago’s beautiful Auditorium Theatre. Everyone was a buzz an hour before Ben Gibbard and company even took the stage and little did they know, this would be another night that will surely live in their memory for some time.

There is not much Death Cab has not accomplished over their near 20 year career. They’ve sold tons of records, been nominated for Grammys, and helped define the sound of at least a decade’s worth of indie-rock. Much more than just another of Gibbard’s many side-projects, Death Cab is the cornerstone of his work and the catalyst of his popularity. This tour is in support of their latest and 9th full-length studio album, Thank You for Today, and they wasted no time promoting it as three of the first five songs were all from the record. Despite being only a few weeks old, fans sang along as if it was an early release. However, Death Cab had more in mind than just a promotional tour.

After a mostly banterless opening, Gibbard addressed the crowd. “Some of you may not know this but today is the fifteenth anniversary of Transatlanticism.” Cheers from the crowd. “It’s been a really important record for us and why we get to play rooms like this.” More cheers. “So, we’re going to play it for you tonight.” Overwhelming cheers with a few shocked and awed screams of joy followed and didn’t subside until Gibbard approached the mic for the first lyrics of “The New Year.” One fan, far off in a balcony up above, captured the moment best between “Lightness” and “Title and Registration” when he shouted over a hush, “This is amazing!”

The play-the-whole-seminal-album-concert concept has been going on for some time now and continues to be a fantastic gimmick. After all, fans fall in love with albums from front to back and Transatlanticism was the record that moved Death Cab from indie darlings to commercially viable. This album connected with many people and they all seemed to be present Sunday night. At first, the crowd sang every note of every song in a whisper, as to not drown out Gibbard’s distinct voice, but by the last song, “A Lack of Color,” they were hitting his high notes and finishing his verses.

Gibbard is a passionate performer and on a this-one’s-for-the-fans kinda night, you could tell he wanted to please the crowd as he concluded the moment with a simple “happy birthday” and went straight to more hits with “I Will Possess Your Heart” and “Black Sun.” There was even a brief moment of tension during the final encore as they decided to skip a song due to a technical issue. Not wanting to deliver a subpar product, Gibbard moved on with a bit of cool levity. “That’s okay, we have lots of songs.” “Marching Bands of Manhattan” followed and closed out the night. It was easy to see how much their fans care for their music, but, also, how much Death Cab for Cutie cares for their fans. This type of mutual respect was refreshing to experience firsthand and made for one helluva show.

Fun is definitely the operative word to describe Charly Bliss