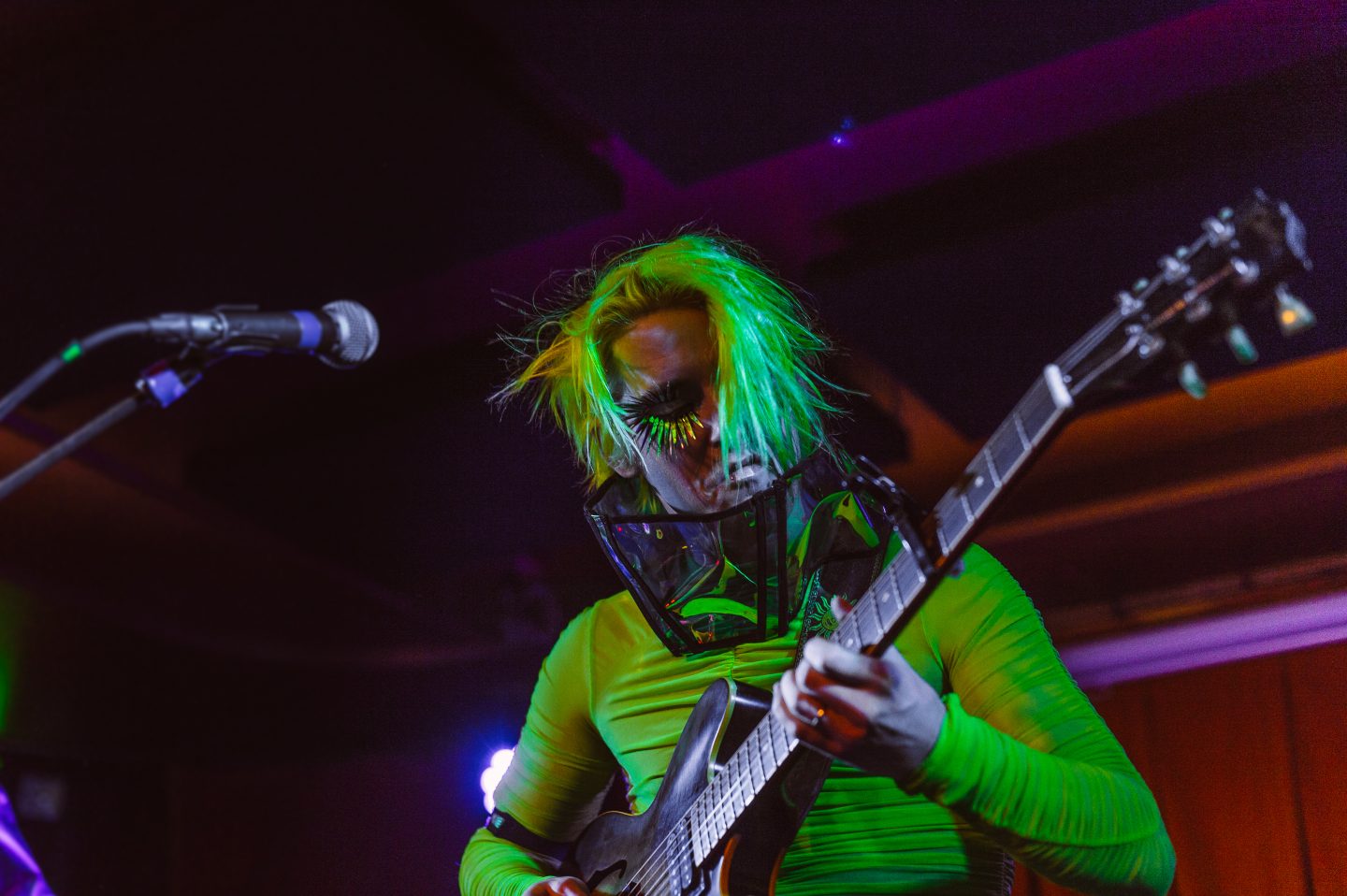 The first encounter I had with Diane Coffee was back in January of 2014, shortly after the time their debut album ‘My Friend Fish’ was released. The brainchild of Shaun Fleming, who is also notably the dummer in indie-rock band Foxygen, Diane Coffee breathes new life into a genre which has otherwise been watered down for the past decade. Albeit quite extravagant at first glance, what with the bright neon highlighter and shimmery iridescent spacesuits, given a thoughtful listen reveals what I can only deem as modern rock and roll. The music has a classic quality to it—the echoing harmonies and bright guitar strums backed by rhythmic bass and drums. And tempo changes when you least expect it with a modern push of excitement belted by Fleming’s broader-than-most vocal range. The bands latest release, ‘Internet Arms’, has a touch more ’80s influence than its predecessors but continues to keep a modern overtone across its entirety.

While enjoying any of the bands’ 3 studio albums on your own will do, the live performance is something people should be willing to go way out of their way for. It’s worth every mile traveled and every dollar spent. Not many performances allow us to simultaneously open our minds while connecting to a sound that makes us feel at home. Thank you, Shaun, and thank you to everyone who helps make Diane Coffee possible.

No babies ever! No more of this!