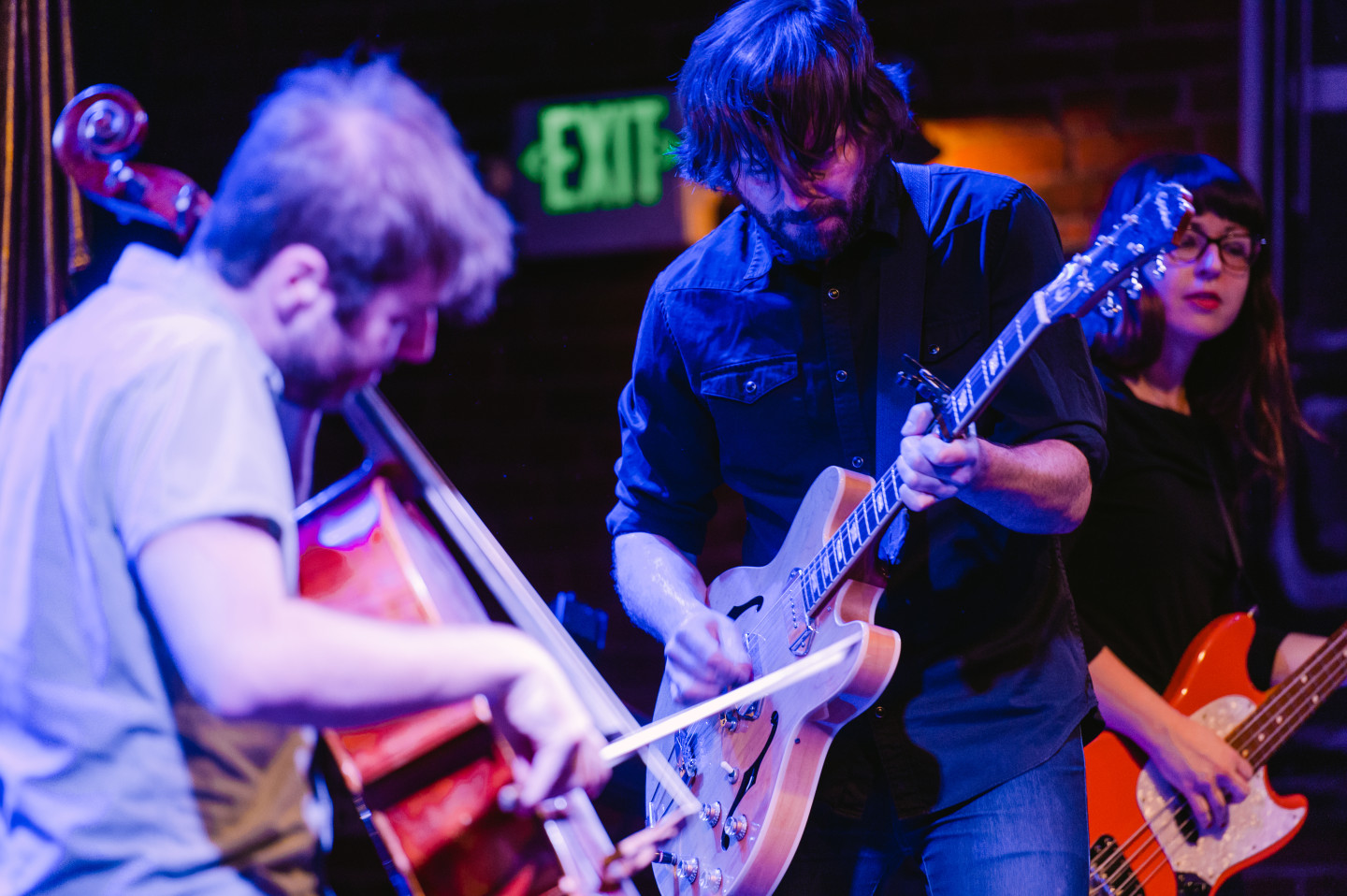 Like American Analog Set, The Weakerthans, Low and IDA, Matt Pond PA is one of those seminal, sleepy bands that consistently appeared on countless mix tapes I made for ex’s and random internet dates at a certain point in my life. To this day, my wife continues to refer to them to as “adult contemporary disguised as indie rock,” but it hasn’t fazed me yet. And isn’t all indie rock really just a variation of adult contemporary punk rock cleaned up nice with mathy arpeggios? “Slow-core” just a fancy name for Michael Bolton with a hipper haircut? I promise there’s more to this show review than dwelling on nostalgia.

Perhaps I’m ten years too late and stuck on dated clichés, but seeing Matt Pond PA after all these years revived my wimpery, emo sensibilities in the best of possible ways. “Soft-rock” or otherwise, they still got it, and put on a fantastic live show at Tractor Tavern last week in Ballard, Seattle. While they once may have felt like a quiet interlude slotted on a lineup between heavier bands like The Blood Brothers and Murder City Devils, they played every song on their 2005 album Several Arrows Later with fist pumping, finger pointing energy, to a packed house of 20-40-somethings nodding and singing along with fresh ears. While Pond has always been the primary songwriter, working with a rotating roster of musicians, everyone played, and sang along like his songs were their own personal narratives.

Even their cellist Shawn Alpay, was rocking the fuck out, singing along from his stool, sans-microphone, stomping and contorting his feet as he alternated between slow swoops and hard edged plucks. By the end of their set, he’d torn up his bow, just as drummer Kyle Kelly Yahner punctured a gaping hole in his snare, which he promptly handed to an eager front row fan.

Towards the end of their set, catching his breath, Matt Pond announced that he had some news. A random fan in the crowd assumed he was talking about having kids, to which he responded “No babies ever! No more of this!” pointing to himself, and instead announced a new album and performance on KEXP earlier that day. Pond and company followed this up with a slew of new songs from their upcoming album The State of Gold which were just as driving and emotive as the songs I’ve known and loved. As a nearly grown up, post-post-post hardcore kid, seeing Matt Pond rekindled what I loved so much about him in my late teens and early twenties, with a new, still kicking jab of raw emotion.