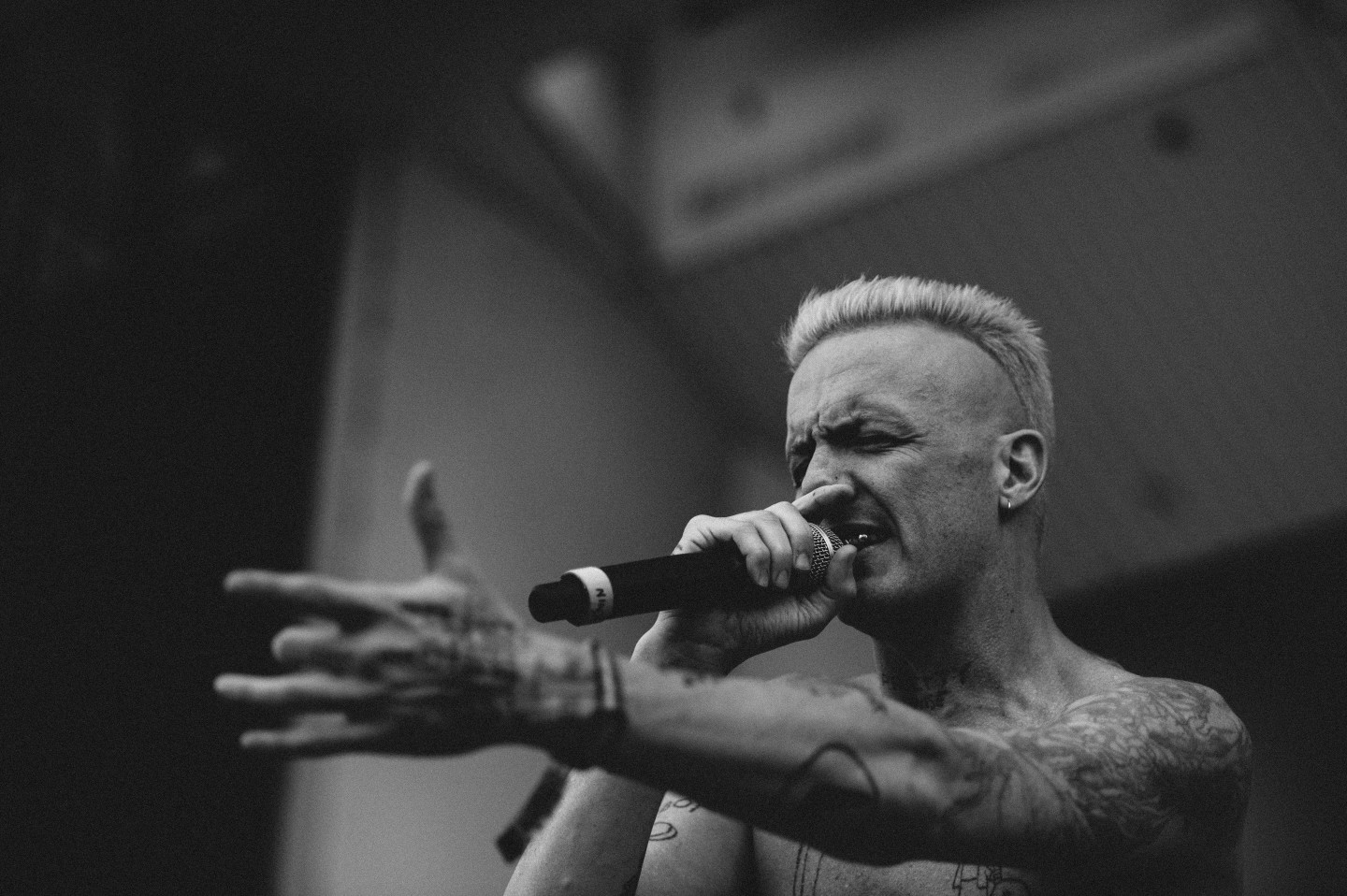 Just like the contrast between Yo-Landi’s eyes and her skin, or these pictures, Die Antwoord is a black and white affair. They’re polarizing. No one likes Die Antwoord. You love them, or you hate them. That complete lack of middle ground is what makes them so fucking amazing to see live.

If you don’t like hip-hop, or electro or rave (everything that makes up their Zef style), and you were at Lollapalooza, you were probably hanging out at a different stage on Friday. That was a mistake. Die Antwoord pulls out all the stops when they perform. Yes, Yo-Landi occasionally sounds like a mouse being stepped on speaking in tongues, but she also prances around the stage with reckless abandon and makes sure everyone gets their fucking hands in the air. And when she stares into your soul with those demonic black eyes you kind of forget everything going on around you… even if it’s a quick shot of her ass.

Ninja’s delivery is better than ever and he continues to serve as the base that Die Antwoord is built on. His intensity can’t be contained by his vocal chords along and he performs with his whole body. When he decided to crowd surf, he got dropped. He laid on the ground screaming “pick me up motherfucker!” until the audience complied. That’s either a healthy dose of respect on the part of the audience, or sheer terror that he’d chase them around with a katana like he did in the “Baby’s on Fire” video. Either way, it’s fantastic.

Yeah, I fink they’re freeky. You should too. None of that means you can’t won’t have the time of your life seeing them live–even if you don’t like their music. Black, white, or fifty shades of gray, Die Antwoord is fucking phenomenal.