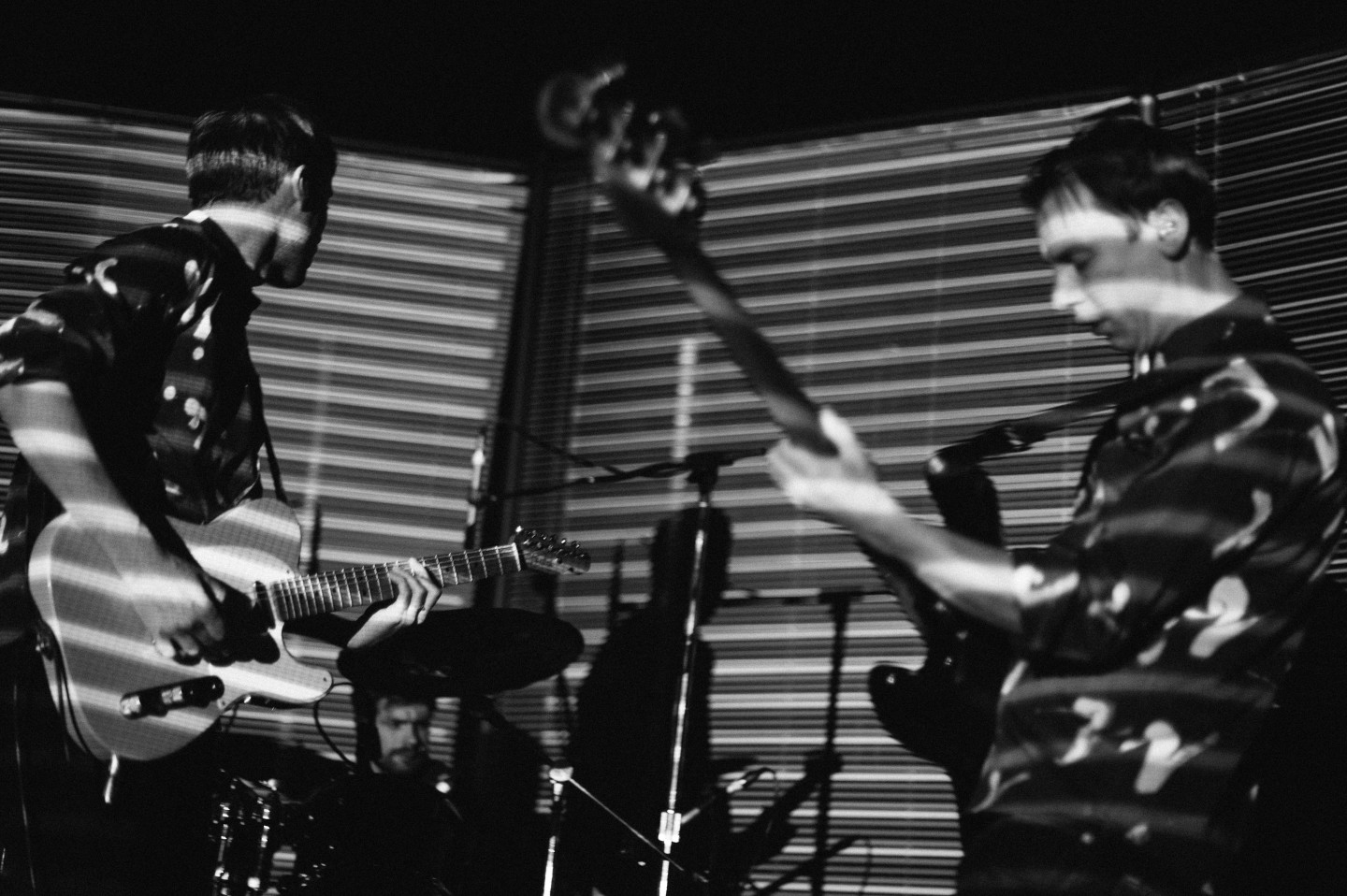 Django Django came roughly out of nowhere (assuming you count Scotland as nowhere) and got busy fast. While they’ve been active as a band since 2009, they have one LP (a self-titled one) to their name so far, though it’s got some pretty serious legs. The band has been releasing singles from the album for years and “Default” has been easily the most successful, climbing atop dance, indie, and pop charts alike.

The album itself compares nicely to AWOLNATION’s album Megalithic Symphony. That initial LP rides on the coattails of its mega-single, “Sail,” just as Django Django sustains on “Default.” Still, these are not terrible albums, though they feel like freshman efforts. Each is composed of roughly 50-60% intelligent, interesting songwriting whereas the remainder is overly indulgent and consequently forgettable.

Now this is a concert review, so why would I possibly be wasting your time digging into their recorded material? Ah, hell – astute you are, reader. The reason being: if you’ve listened to Django Django’s album, you’ve also heard their live show. I’m not necessarily talking about having seen their live show – they corralled a hell of a light show behind four stage walls of faux blinders. It all synced up very nicely with the dancier jams the band unleashed, which were actually very impressively conducted considering they’re only a four-piece.

That might be the silver lining of their entire show – they captured in person everything that makes their album so off-kilter, interesting and fun. Much of it is music you can dance to, but it’s not overly reliant on cookie cutter EDM beats. They weave careful bass lines and solid percussion underneath some pretty unique guitar work that will have you shaking your ass as much as your brain. Some tracks are just fun. Others are sturdy, well-written examples of today’s indie-pop fusions, full of homage yet without the tongue-in-cheek bit that gets musicians called “pretentious” and “unforgiving.”

Still, it was that monotonous album-replication that made me lose interest in the set altogether. I listened to the LP enough while getting excited for the performance – I didn’t really need to hear it once again without any variation. So by the time they played “Hand of Man,” halfway through their set, I was essentially checked out.

Obviously, I got excited for “Default.” Clearly, I still respected and appreciated the craft behind the songs (the good ones, anyway). But given that David Maclean (drummer) is John Maclean’s (of The Beta Band) brother, I would have needed just a few more ounces of ethereal genius to forget about the concert’s translational monotony. It was definitely cool that they opted not to deal with the whole encore shtick and just kept playing until the end – this sparked a riotous debate and discussion amongst my peers, who all agreed – but my hopes may have been set unfairly high, since I left this solid show feeling like they still weren’t met.

The Faint at Metro