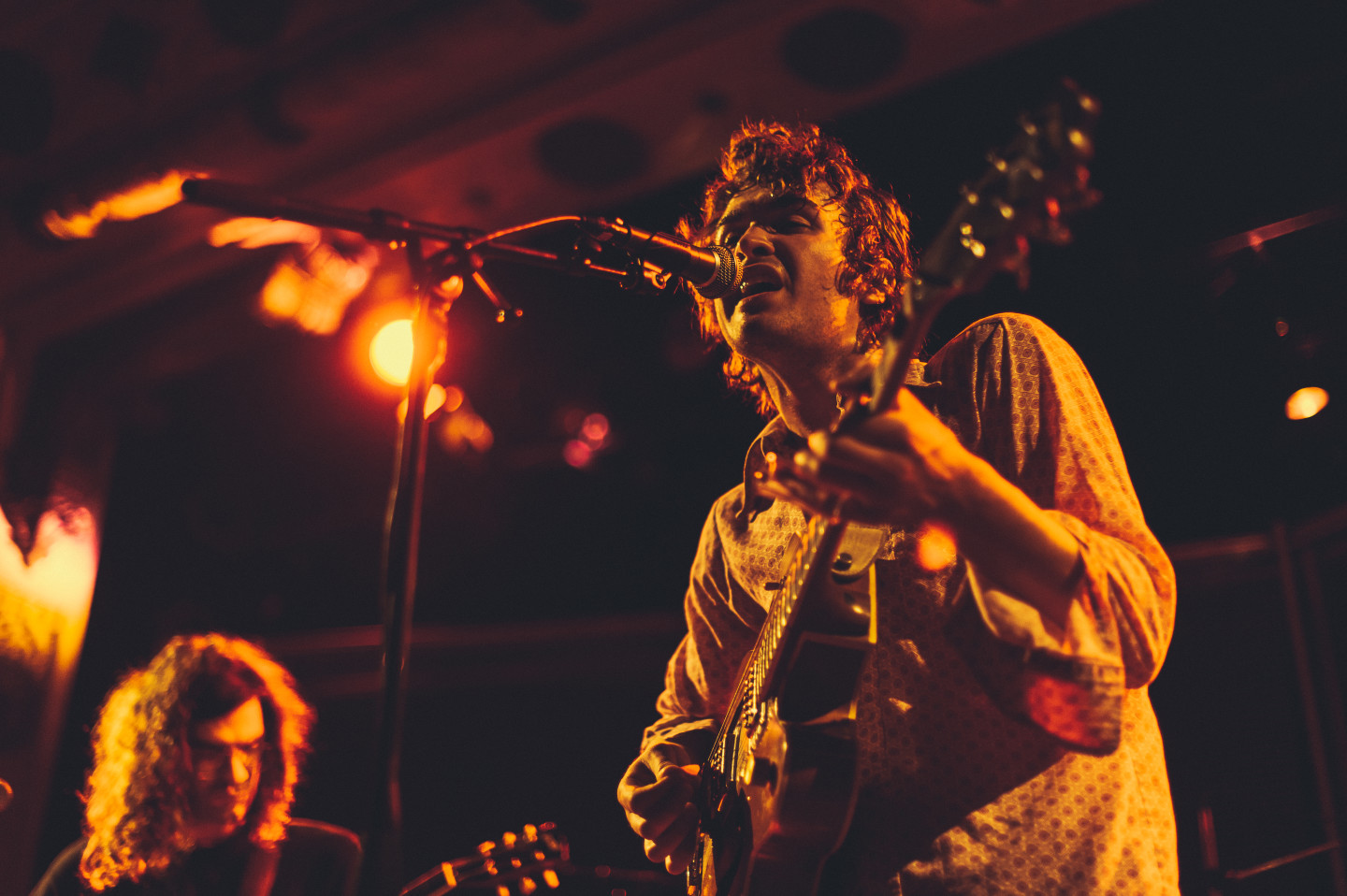 The Metro was not yet full. Not even close. After all, Django Django wasn’t slated to hit the stage for another hour and they were drawing the majority of the crowd. But four guys from Minneapolis hit the stage without much fanfare and, from this writer’s perspective, proceeded to steal the evening.

I mean, how to even describe these guys. Equal parts Pink Floyd, Beach House, and Sly & The Family Stone (the slow, soulful tracks) with a singer who, if you close your eyes, you might swear was Wesley Schultz of The Lumineers. I know, that seems out of place – but there’s a subtle twang in his voice and despite the atmospheric and psychedelic verses, it still feels right at home, like a bonafide product of the Midwest.

Despite the lack of any sort of light show or theatrical flourish, Night Moves’ music straddles a difficult divide between melodic blues and a dense fog of sonic pea soup. Their music sits like a weight on the room, but you don’t need to hit a joint and be carried off into some loosely-connected instrumentation. Night Moves juggles these moving pieces with a finesse you don’t often see in bands this raw. Within their deliberate, rhythmic progressions is a sense of timeless knowledge, and I know that sounds impossibly cheesy.

“Night Moves” is, itself, a reference to an older Bob Seger cut and it’s no surprise – there was a guy who was a no-frills, all-about-the-product kind of showman. That’s not to say he wasn’t aware of the pop-rock ballads and their place in history, but he nonetheless embraced their potential timelessness. Night Moves plays a similar game. They don’t reinvent the wheel, but they do put on some additional mileage and introduce it to fresher territory.

The band, as a group of individuals, were young, fearless, and in command at all times. It probably doesn’t hurt that these guys just got signed to Domino – proof positive that they’re headed for bigger stages than the Metro in years to come. Frankly, it’s just tough to argue with a band who don’t seem to take themselves too seriously on stage and yet produces such carefully-constructed music. It was downright refreshing. Call me on it later should I be wrong, but I’m pretty sure we all just saw a band that’s going to be a making bigger moves than the night provides.