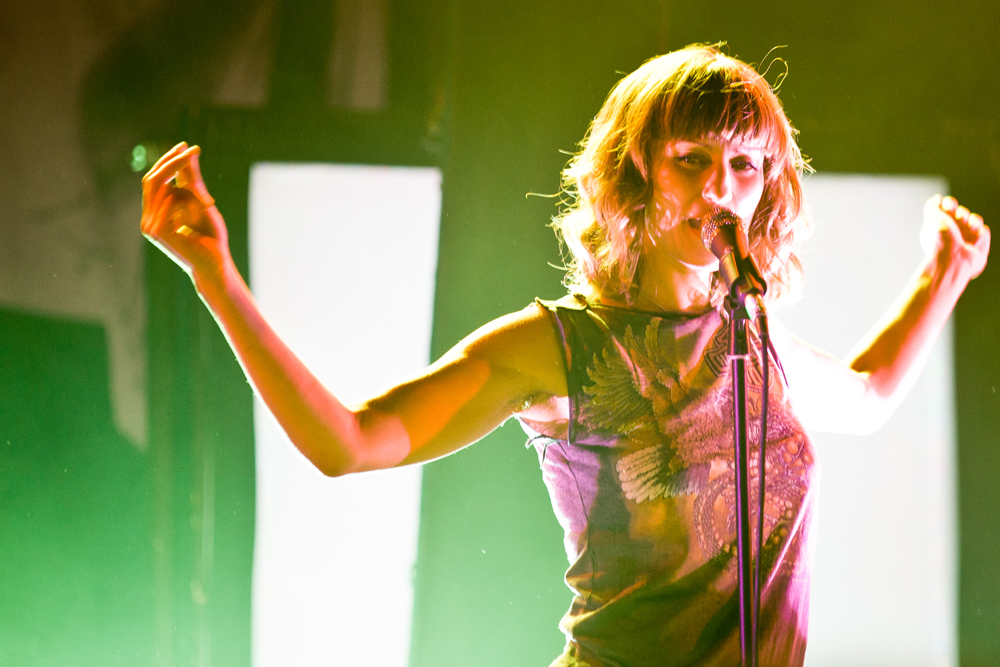 There isn’t a single post on Lost In Concert that doesn’t have fantastic pictures (except maybe the one that I shot), but this series of pictures excels for a few reasons. They perfectly capture moments in time, while still telling a complete story. The range of emotion runs the gamut from soulful and sultry, to boisterous and loud.

It would be difficult to argue that that wasn’t at least partially affected by Dragonette bringing their own ridiculous, completely over the top, epilepsy-inducing lighting rig with them, but the fact remains the same: Outside of being there, or watching minute long YouTube clips from the show, this is probably as close as you’re ever going to get to being able to reach out and touch Martina Sorbara. I can tell you without a doubt that that’s a place that a lot of people want to be.

Equally at ease with only a microphone and mood lighting as she is with a guitar slung around her neck in the spotlight, Sorbara steals the show in her charming Brooklyn hipster meets dance hall queen, by way of Toronto, style. On top of fantastically hypnotic work from husband/bassist/producer Dan Kurtz and drummer Joel Stouffer, Sorbara’s alarming voice leaves you with no doubt that she “just came to say hello.” And say hello she did. Even the people attempting to take notes about the show were dancing, and there might have been a total of five hands not in the air throughout the performance. It was basically a mandatory dance party with a light show that would have made an EDM producer cry.