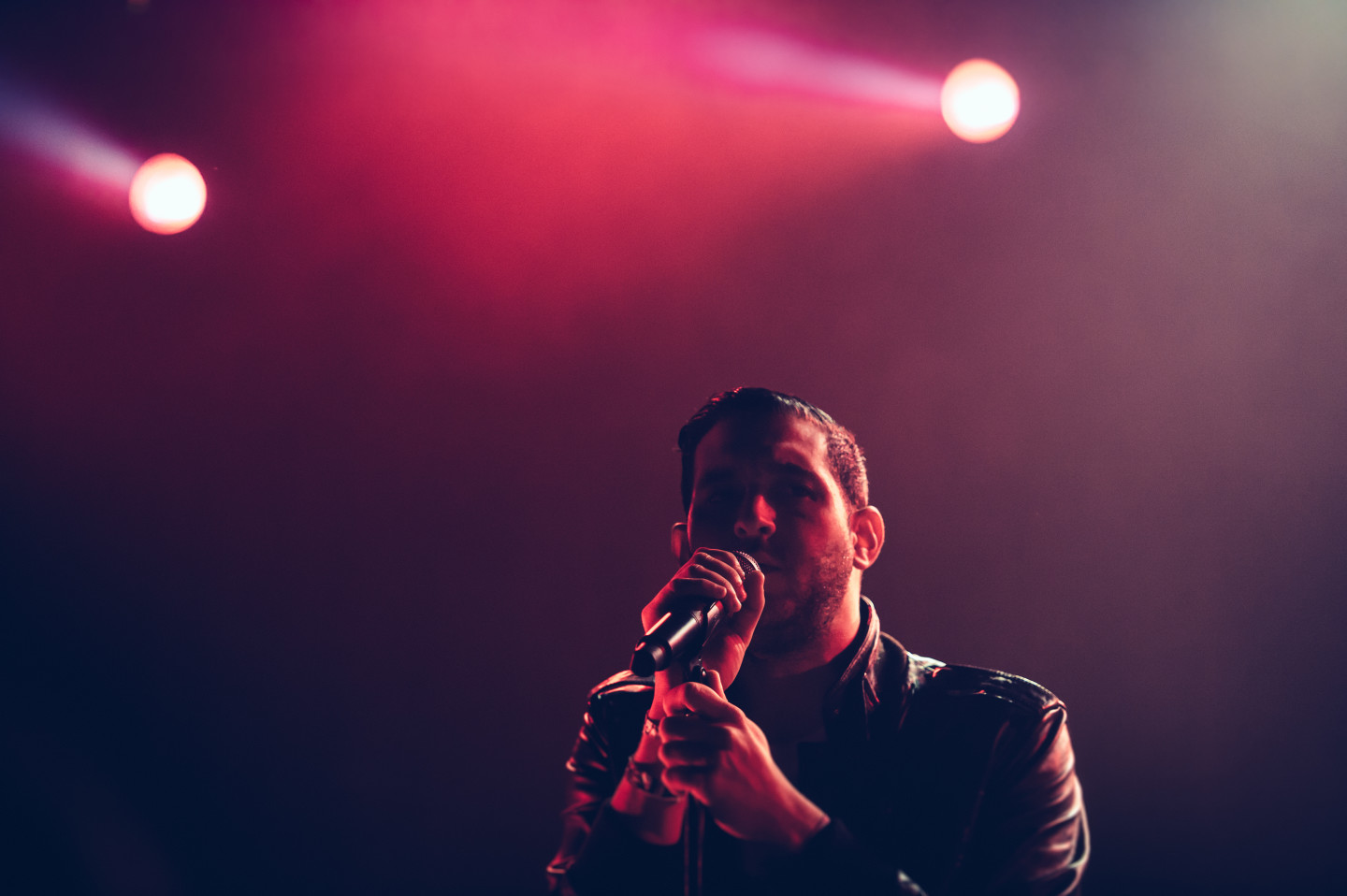 There was a dance party in Lakeview. I’m not talking about the number of bars lining the streets surrounding Wrigley Field. No, no, no. The party took place at the Metro and was narrated by Holy Ghost. The Brooklyn-based duo (which tours as a six-piece) fed us grooves by the barrelfuls.  The first chance the crowd had to audibly support the group they did, singing along in “Wait and See”. Their energy was just starting to build.

The crowd was a collective volcano, never being dormant, and constantly on the verge of eruption. As the dance beats swirled and grew throughout each song the surrounding concert-goers seemed to be waiting for a release. As each musical climax was achieved, my vision of the stage was engulfed by the waves jumping in front of me. It’s impossible not to enjoy a show when the energy around is bursting at the seams.

It’s also hard not to respect the musicians on stage. The stage was littered with keyboards in front of a wall of analog devices. Experiencing the group recreate their sound live was particularly enticing to me. The easy way out would have been to have a DJ work the synth sounds and the duo just sing on top of it. I’d like to think anyone who has seen these guys live appreciates the route they take. At moments during the set there were three or four guys playing various keyboard parts as well as adjusting the aforementioned analog controllers. This is a delicate art form. There is a precision needed to make sure everything goes smoothly. Not having the live element of their music taken away adds so much more to the experience.

As the night wound down it was hard to tell who was having a better time. Holy Ghost! seemed extremely thrilled to be sharing their Saturday night with us—and it seemed as though there wasn’t anywhere else the crowd would’ve wanted to be, too. It was a fun experience both aurally and “mechanically”.

Holy Ghost! At The Riviera Theatre