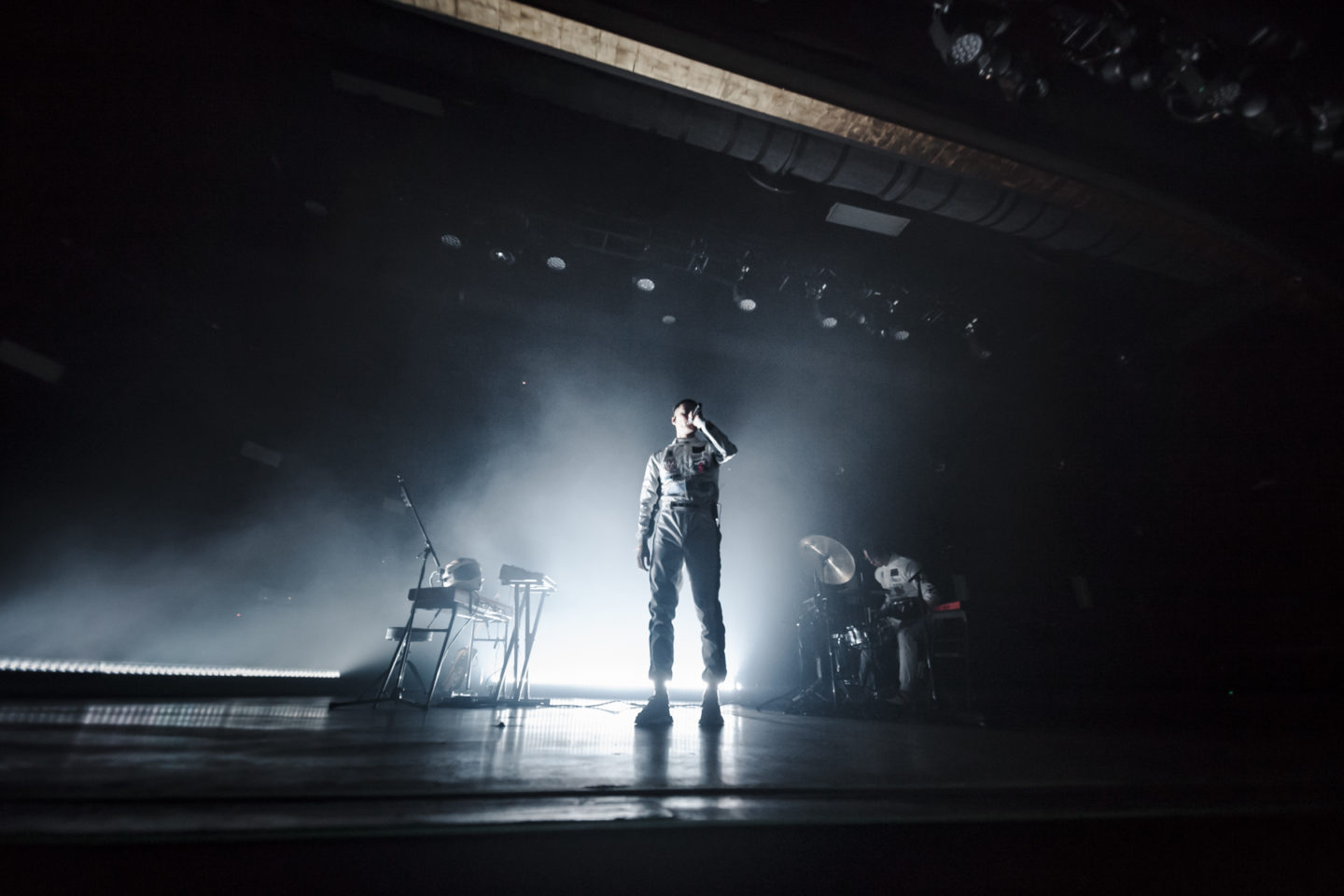 Eden at The Van Buren

Alternative rock and electronic musician EDEN kicked off his fourth tour at The Van Buren in Phoenix this past Tuesday. Singing hits from his latest album, ICYMI (In Case You Missed It), as well as a few songs from his past albums End Credits (2015), I Think You Think Too Much Of me (2016), Vertigo (2018), and No Future (2020).

The show opened with a set from Slenderbodies before starting a thrilling introduction for EDEN. The crowd was exhilarated, chanting “EDEN” as he took the stage. He was dressed in a full motorsports outfit, complete with a helmet and camera attached, projecting the entire performance onto the screen behind him. This high-production show had constant strobes highlighting different areas of the stage as well as the audience, creating an intriguing and futuristic look to the set. The ICYMI tour creates a hype show fit for electronic music while infusing EDEN’s alternative rock style, making it impossible for the audience not to be mesmerized with the set, dancing along to every tune.

EDEN will continue the ICYMI tour throughout the US and Europe, finishing in Belgium in early March. Add The ICYMI tour to your 2023 concert lineup, you won’t want to miss it.

Listen to Eden’s EP while you view the gallery below.

Em Beihold at The Van Buren

Noah Kahan at The Regency Ballroom

Everything a fan could have wished for