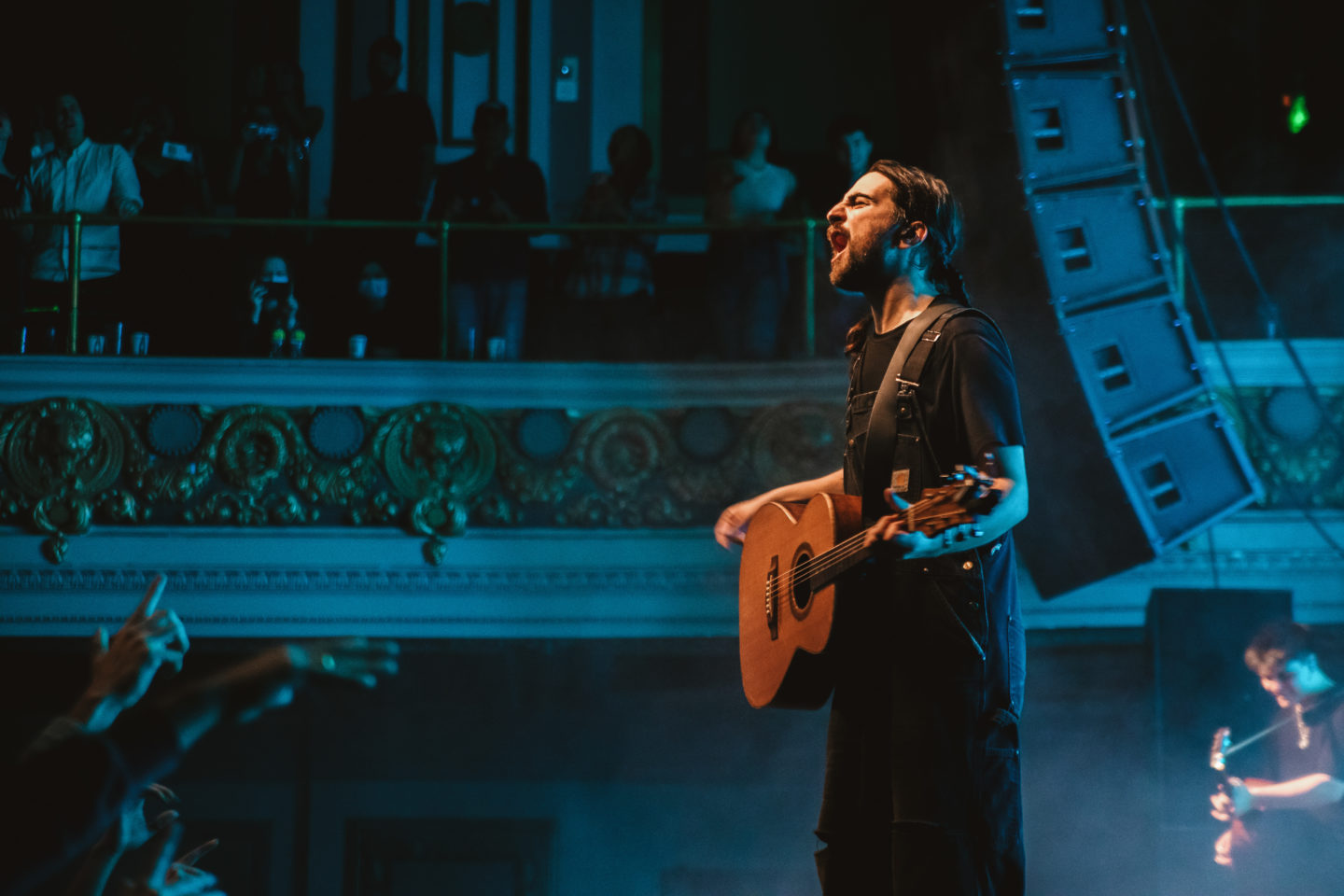 Noah Kahan at The Regency Ballroom

His entire Stick Season Tour sold out which comes as no surprise (especially after you listen to this album). The line to get into the venue wrapped around the block with fans eagerly waiting to get inside. Adam Melchor first took the stage and set the tone for the rest of the show with an acoustic performance. Between telling stories and jokes and his soothing vocals, the crowd was loving every second of it. He got them ready for Noah to grace the stage, with his final song being a duet of “Real Estate” alongside Noah.

The crowd was buzzing with energy as they anticipated Noah to come out on stage. He and his band opened up with “False Confidence” followed straight after by “All My Love.” The energy of the show was absolutely insane as the entire venue was singing along to every word, so much so that you could barely hear Noah at times. With this being his second to last show of this tour leg, he got a little sentimental while reflecting on the past few months and brought Adam Melchor out once more for “Halloween.” The show closed out with hits “Stick Season” and “I’m A Mess.” Even with a three song encore, the crowd was still cheering for more. You definitely do not want to miss out on seeing Noah as he puts on a special, cathartic show each time as he pours his heart out into each song and overall New England charm. The Stick Season summer tour begins in May 2023.

Everything a fan could have wished for

The Art of Life Tour