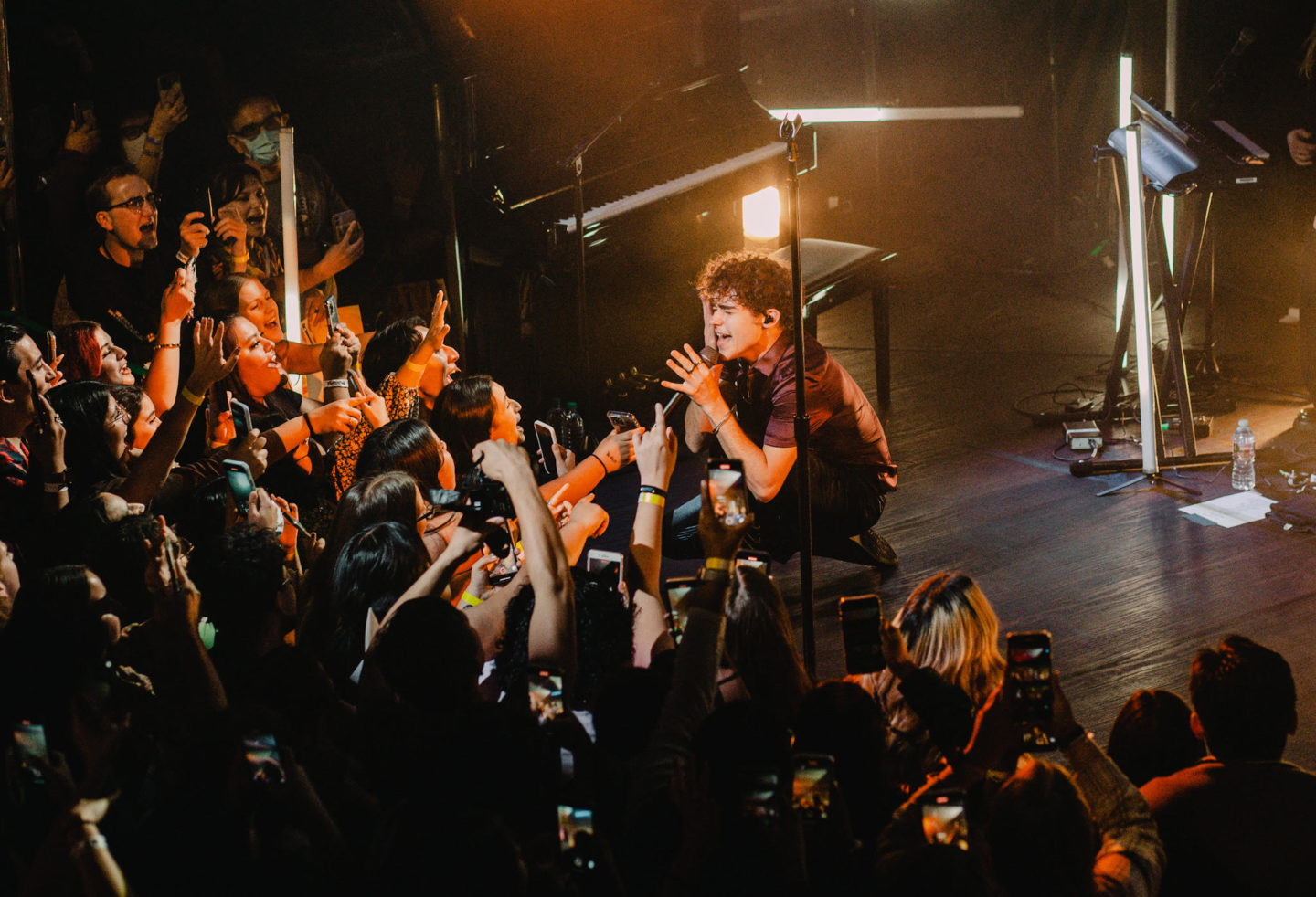 Joshua Bassett at The Troubadour

Joshua Bassett is a show stopper who sold out two nights at The Troubadour in West Hollywood, and we were lucky enough to witness the second night! After opener Lindsey Louis set the stage with an amazing performance, Joshua entered the stage with an amazing sense for energy. Entering from stage left, he hopped down the stairs and carried that same energy throughout the night. Performing some of his hit singles such as Lifeline and All in Due Time, he conducted the attention of the room through powerful runs and soft harmonies. Off the bat, Joshua provided an interaction with the crowd like none else, constantly holding onto fans’ hands and taking videos with their phones throughout the show. He even utilized all parts of the Troubadour stage to say hi to the fans hidden behind the piano and side stage and climbed stage equipment to wave to his close friends on the upper balcony. Joshua Bassett’s overall performance was one hard to forget.