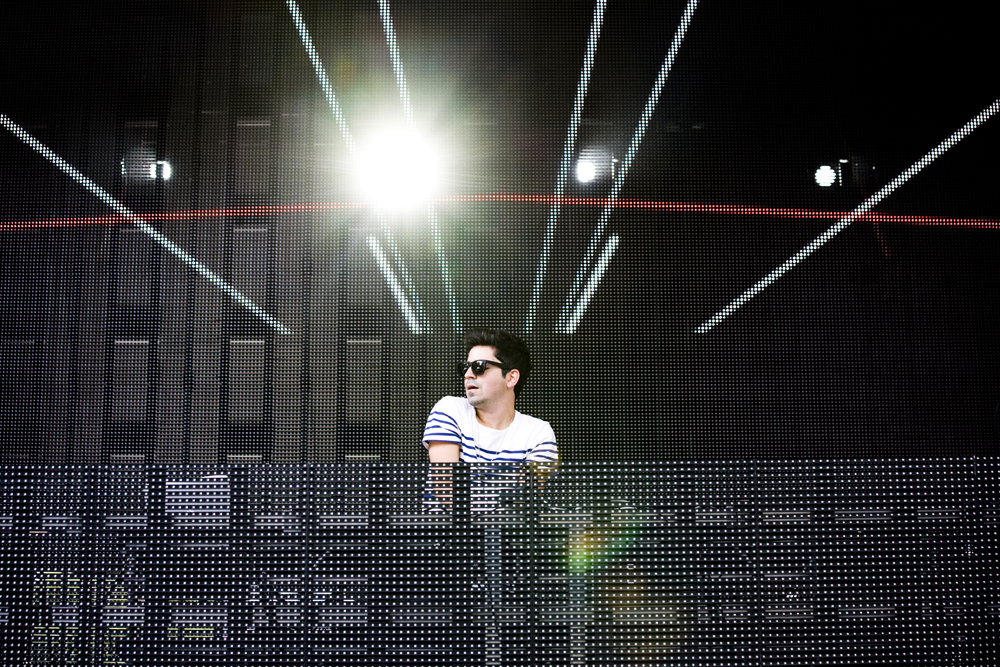 At first glance, Felix Cartal might look like a prettier – could have just walked off the set of Saved By The Bell or a CW Show – version of every other DJ out there. He might be up there sandwiched between two giant video displays, pushing buttons like he’s a kid trying desperately to beat some impossible NES game, but Felix Cartal is definitely more than you bargained for when it comes to the beeps and boops.

From the first consciousness altering bass thump to the final piercing laser noise, Felix Cartal made it abundantly clear that he wasn’t too concerned with popping eardrums or melting faces because the bombs just kept on dropping. Mother nature took that opportunity to release a torrent of her own and assaulted the assembled onlookers in the last few places they weren’t covered in bass or sweat. Emboldened by the rain and fueled by the bass reverberating through their heads, the scene evolved into a no-holds-barred shitshow that could have been the club scene from Blade with water instead of blood.

The tempo changes and polished rough cuts coming from the stage gave the audience just enough time to catch their breath before the undulating was scheduled to begin again. They might have been soaked to the bone with sweat and rain and exhausted from all the dancing, but no one in the audience seemed to mind because they stayed in perfect synchronization with Felix Cartal as he mixed between club bangers of other North Coast artists and his own. The thumpingly hypnotic set from Felix Cartal was like the dubstep soundtrack to GI Joe. The type of music the Transformers would break dance to. It was a set that transported you to a whole different world with changing time synchronizations, dancing and lasers – lots of lasers.