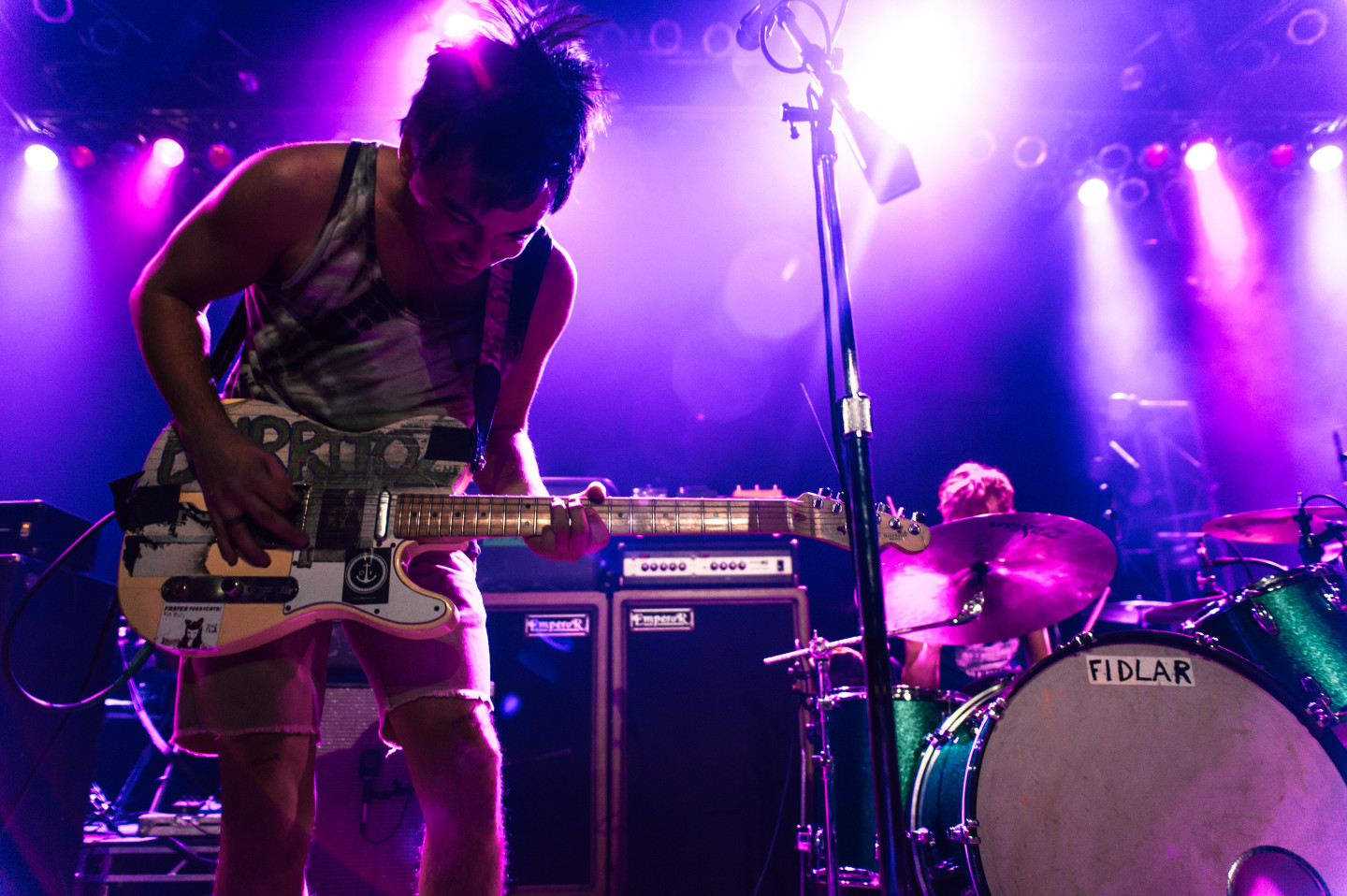 “What’s up, Chicago? We are FIDLAR. FIDLAR means ‘Fuck It Dog, Life’s A Risk.’ This song’s called Cheap Beer because we love cheap beer.”

And then boom went the dynamite. Nobody is going to mistake FIDLAR as poets anytime soon. Cheap Beer, one of their biggest songs, is just as it sounds – an ode to that aluminum-tasting, not-quite-delicious, wouldn’t-be-buying-if-it-wasn’t-so-damn-inexpensive beverage we’ve all found ourselves ingesting more than our fair share of at a dirty weekend house party. It is not (amazingly!) a work of lyrical genius. It is, however, physically impossible not to enjoy this song.

When FIDLAR took the stage at the House of Blues in Chicago, one thing was immediately apparent: these guys love their job. Having just interviewed these lads (the fruits of which you can read here), I was already familiar with how positive and fun-loving they were, but sometimes that doesn’t always translate into stage presence. Not a problem here. FIDLAR commanded the attention of the audience by magnifying their personalities tenfold and injecting the room with their unbridled enthusiasm.

These guys know how to have fun. They made mention of the fact that every time they swing through Chicago they take a detour through Blackout City. But that raw energy is perfectly shaped into grinding punk progressions and a paralyzing voice from Zac (guitar/lead vox), whose short stature in no way limits his vocal capabilities. He can shout/scream/belt his lyrics in perfect step with the attitude of their songs – which, surprisingly, aren’t really all that angry. They think of themselves as more of a beach and skater band than an angry, political punk band, and it shows. The crowd responded by happily dancing and moshing while their faces melted right off from the brutal musical force cascading from the stage.

All the juicy licks that I grew to love from listening to their EPs on Spotify shined even brighter live. This wasn’t the kind of set to expect something drastically different from their recorded work. Just as they’re not poets, they’re also not The Grateful Dead. But beach punk like this begs to be heard live; listening to No Waves in your headphones doesn’t do any justice to the hysterical pleasure that washes over you during FIDLAR’s performance.

Despite the fact that these guys are DIY down to their bones, their whole set played out like they’re entirely comfortable in their own skin. Brandon (bass) dropped a cartoonish and high-pitched “Thank you” after every song while Max (drums) and his brother Elvis (guitar/backup vox) just kept it goofy up there. They displayed a keen sense of humor, but it’s not so firmly tongue-in-cheek as, say, The Presidents of the United States of America. Their humor comes from their simplicity of delivery and their unyielding need to have fun, even when they play “their one love song.”

There’s just nothing more satisfying than watching Zac shred through his amazing rock voice, which sounds even better than he has any business wielding. But I’m not complaining. He launched off the stage and into the crowd, microphone in hand, at one point and sang from the pit. If that doesn’t fire you up, you’re probably already dead. But if you live and breathe, find a way to see these guys live.

JEFF The Brotherhood at House of Blues Chicago