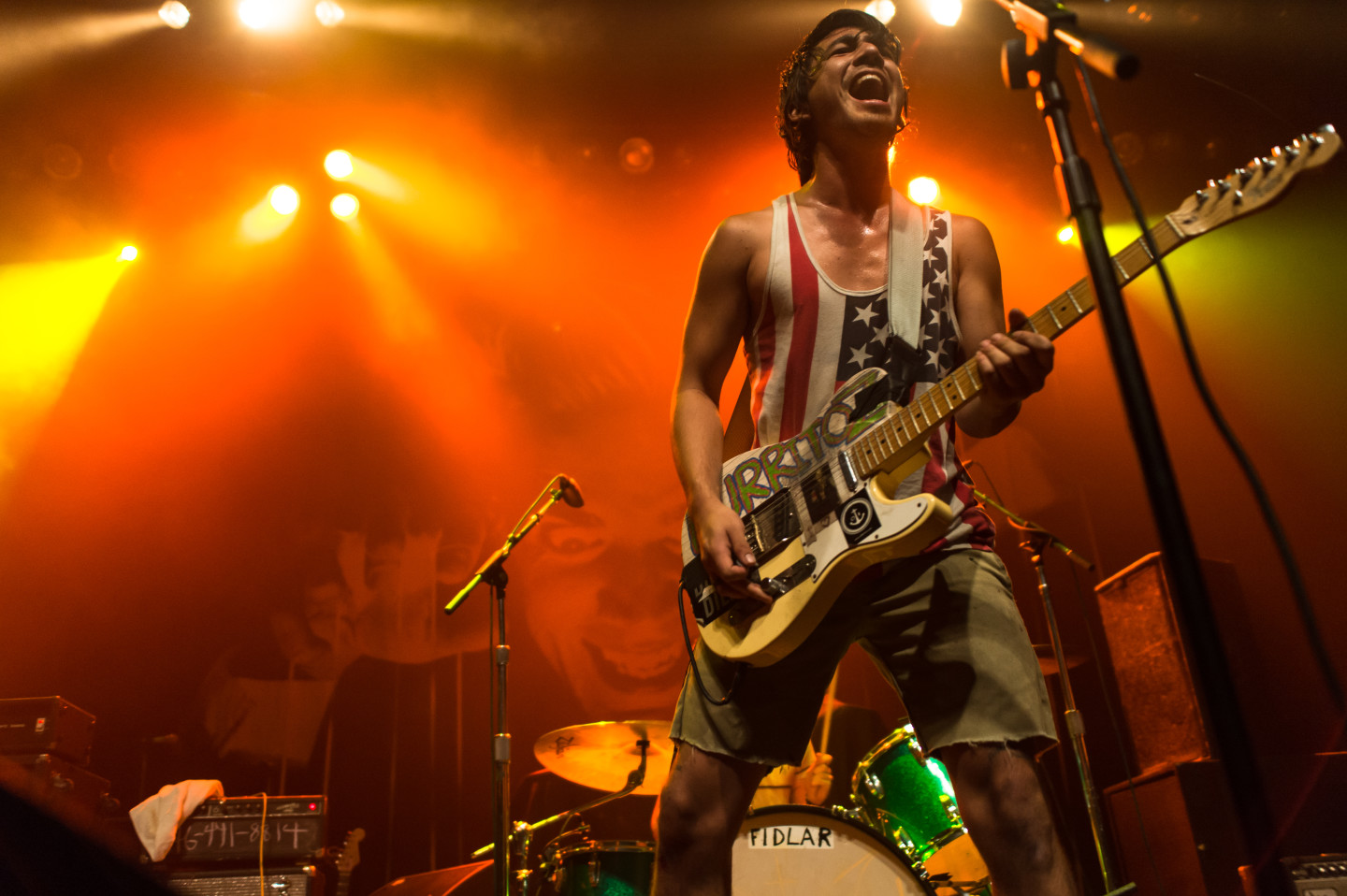 No amount of pictures, or thousands of words, could even begin to address the reckless abandon of FIDLAR like their acronymous name does. “Fuck it Dog, Life’s a Risk” is more than just a name to this group of guys, it’s a lifestyle. And that comes out on stage pretty fucking well.

Singing about getting laid, drinking cheap beer and smoking pot isn’t going to win any Pulitzers, but every one in the band knows that. They also don’t seem to give a fuck because each and every song belted out is backed by an energy that an endless supply of Red Bull would have problems duplicating. Yeah, it’s gritty, and garagey, and unproduced, and loud, but “[they] drink. cheap. beer. so. what. fuck. you.”

At the end of the day, FIDLAR isn’t re-inventing the wheel musically. They’re following in the footsteps of all the punk pioneers that came before them, but there’s nothing wrong with that. Who decided that, in order to be famous/successful/liked/insert-your-music-barometer-adjective-here, you had to rewrite history? FIDLAR took the tried and true formula, threw in a healthy dose of “go fuck yourself,” and then sang about a bunch of shit that, let’s be realistic here, we can all get behind, below or on top of. Sounds like a recipe for success to me.