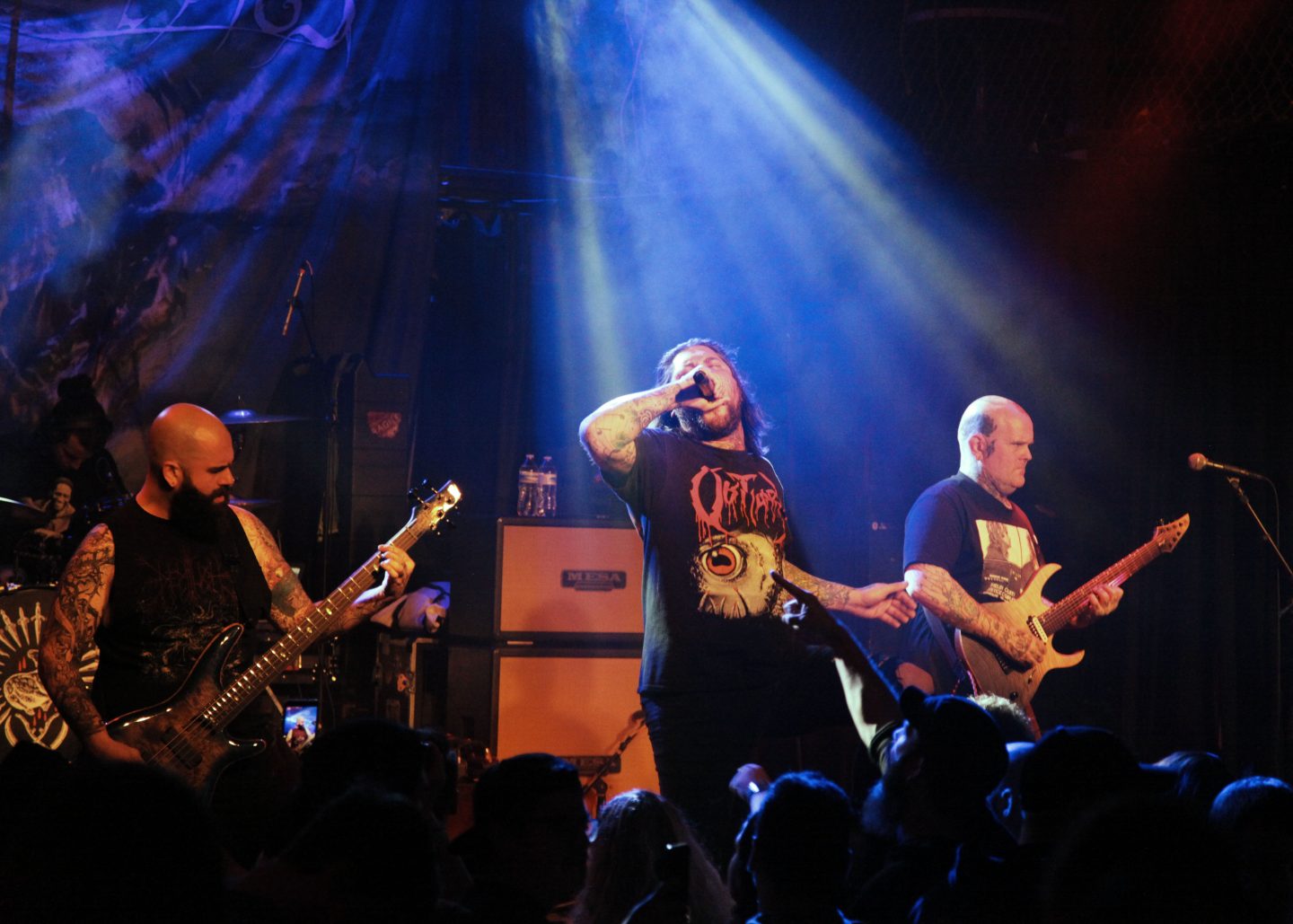 Fit For An Autopsy at Reggie’s Rock Club

Fit For an Autopsy came through a small venue called Reggie’s in South Loop Chicago last Thursday night. They are currently out on tour alongside other acts such as Lorna Shore, The Last Ten Seconds of Life, Dyscarnate, and Rivers of Nihil, in support of their newest album, The Sea of Tragic Beasts.

Thursday’s show was incredible. Fit For An Autopsy’s music is as furious as it is unflinching. This intensity remained present during their live performance. Their vigor was enthralling. I had the wonderful opportunity to sit back and people watch during this show, and observing this intensity wash over the crowd in waves was uniquely captivating.

One of my favorite things about live metal shows is that most bands have the ability to promote high crowd engagement. Everything, from the energy of the pit to the unified headbanging, proved this to be true at this show. There were feet and fists flying everywhere, and yet there seemed to be some order to the chaos. I would absolutely tell any metal fan to go and see Fit For an Autopsy live. It is incredibly worth it.