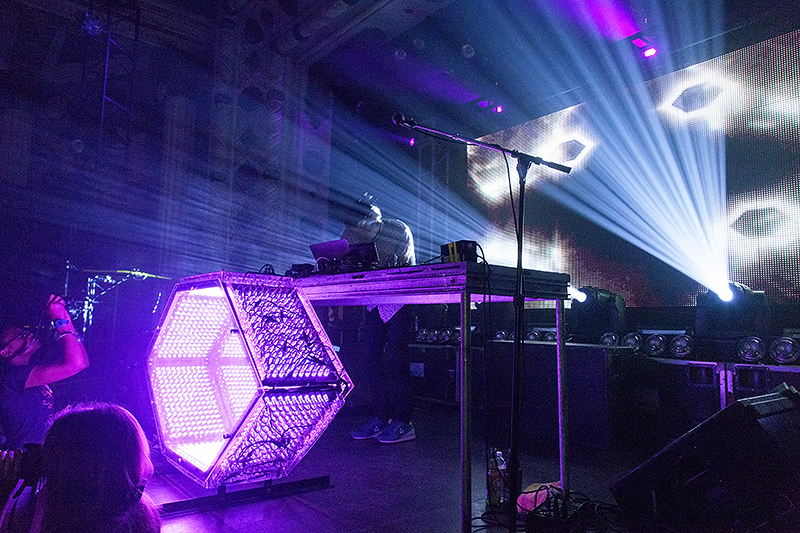 Not many acts can pack a full house at The Metro on a Wednesday, but the rising electronic act Flume had no trouble filling the venue up for this late night performance. Though Flume wasn’t on until 11 p.m, the venue filled up early with eager fans dancing away to the beats of the impressive opening act Tokimonsta.

Australian-born Harley Streten, better know as the mastermind behind Flume, dazzled with a set of spectacular LED lights and his “infinity prism.” The infinity prism is no joke, it’s mesmerizing and downright beautiful, lending lush colors and textures to Flume’s live act. Flume in fact named this tour the “Infinity Prism Tour”, that’s how cool this thing is. Coupled with the large wall of LEDs behind him, Flume delivered a visually stunning performance to accompany his music.

It can be hard for a DJ to remain captivating to a live audience when most modern DJ’s aren’t spinning physical records anymore. Flume is no exception here, but he was far from idle. Aside from a several solos with his drum machine, he seemed to beckon the audience into throngs of applause and energetic dancing with the mere lifting of his hands into the air—almost like an LED angel at a podium. The show was very give and take, Flume clearly fed off the energy of the crowd. He did not disappoint them. He played his popular songs with just enough variation and spontaneity to satisfy his fans and his critics. At the end of it all, you feel as if you hadn’t been just an audience member but really an integral part of the performance itself.