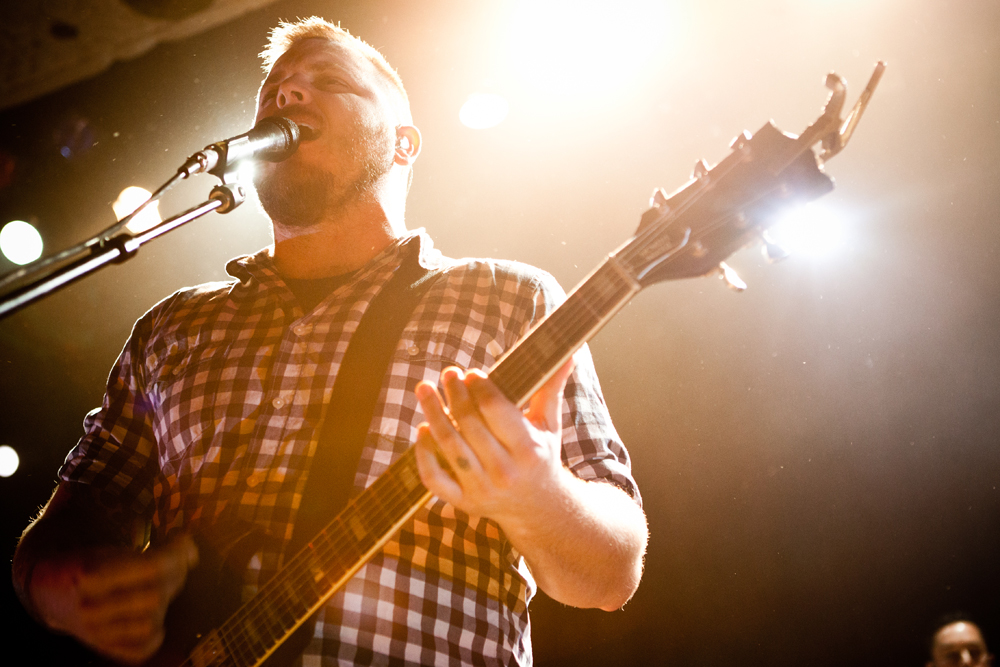 The emotion flowing through the audience, and of the concert itself, could be perfectly described using lyrics from Thrice songs. Look at the picture above at tell me that the first thing that comes to your mind isn’t the chorus from “Stare at the Sun.” You can’t. You could go blind staring up at Dustin Kensrue, trying to understand why a band this popular is going on an “indefinite hiatus” (even though, good news, they have said they will tour again “at some point”).

Thrice fans are, have been and always will be rabid, loud and looking for someone to make sense of the chaos around them. For more than a decade, Kensrue and his partners-in-crime have been taking care of that. They walked out onto the dark stage without much fanfare on their part, but to raucous applause from the audience, and immediately launched into “Image of the Invisible.” The crowd went wild. Actually, the crowd went berserk. There might have been a total of five people at Metro that didn’t know the lyrics to “Image” (and every other song for that matter) which made it seem more like a full-contact group scream-along than a concert.

It was a physical and emotional roller coaster throughout the entire show. Not one of those fancy, new, over-engineered steel coasters that’s all smooth sailing and lasts thirty seconds, it was like riding American Eagle at Six Flags for the first time all over again. It’s built entirely on an old school foundation, by hand, from the ground up. There are imperfections that make it endearing. It’s not just a ride, it’s a fucking experience. Most importantly, it will kick your ass the entire time and leaving you coming back for more–for years to come. That sucks, obviously, because it was Thrice’s Farewell Tour, and it doesn’t matter if you’re high enough to ride again because that train was only running once.

When someone asks you if you feel like Thrice seemed like they were going through the motions, or they didn’t really care, tell them where to stick it. Even from the other side it was very clear that the members of this band will never “walk alone” as long as the fans have something to say about it. Does that mean you’ll ever be able to see them in concert again? Maybe. But even if that day never comes, Thrice will never truly be the image of the invisible.

The Boxer Rebellion at Metro