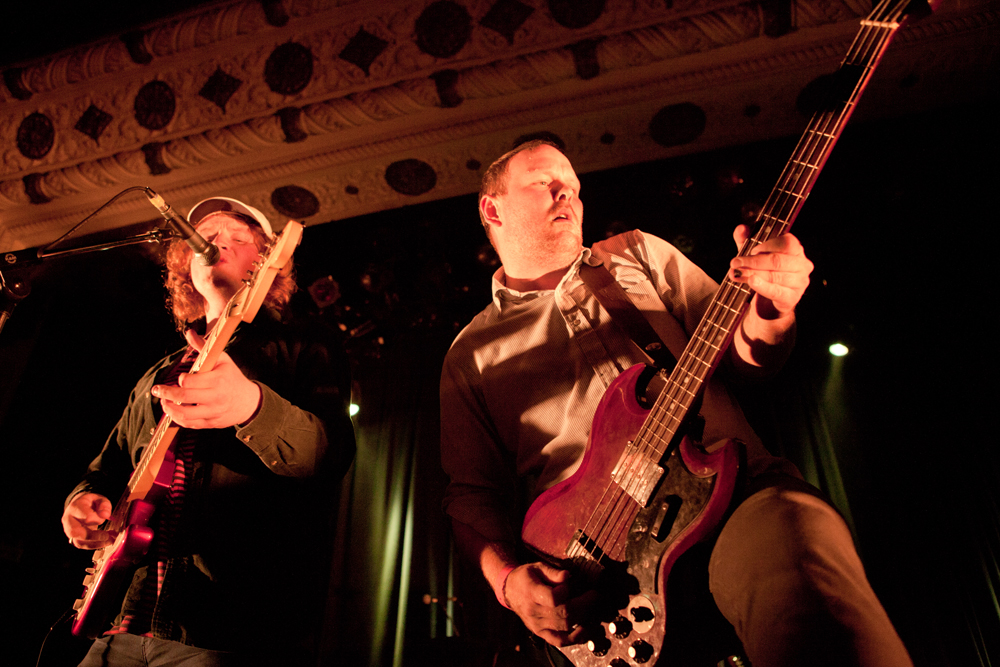 Recorded, Spectrals is Louis Jones, one-man band capable of perfectly blending beachy surf rock and upbeat barbershop doo wop. The music is an ideal companion to a fat joint, a cold beer and a few girls in bikinis. It’s the music you want to turn on when you want to turn off the hustle and bustle and just fucking relax. Unfortunately, live, Spectrals is relaxed to the point of apathy.

Jones, biologically incapable of playing every possible role, brought three of his best mates on tour with him to round out the band. That’s a good idea… in theory. In practice, he played Ron Weasley to the frenetic-yet-lumbering bass player’s Harry Potter throughout the show. Jones also exudes the type of downtrodden, introspective demeanor you would expect to find in the Potter character he closely resembles. Emotionally guarded, but willing to share, Jones breaks through the overpowering noise of the effects and accompaniment just long enough for you to remember what part of your favorite Spectrals song he happens to playing. He’s absolutely genuine in everything he does on stage, but you can only really feel it for brief instances and not the whole show.

The trip across the pond didn’t do anything to distort the sound of Spectrals. Jones is a down to Earth guy you could meet in any pub, anywhere. He’s the everyman with a cool accent and a knack for combining disparate elements into a perfectly mixed cocktail. Still, this performance was missing something. It lacked the joie de vivre you feel when listening to the recordings.

Of Montreal at Metro