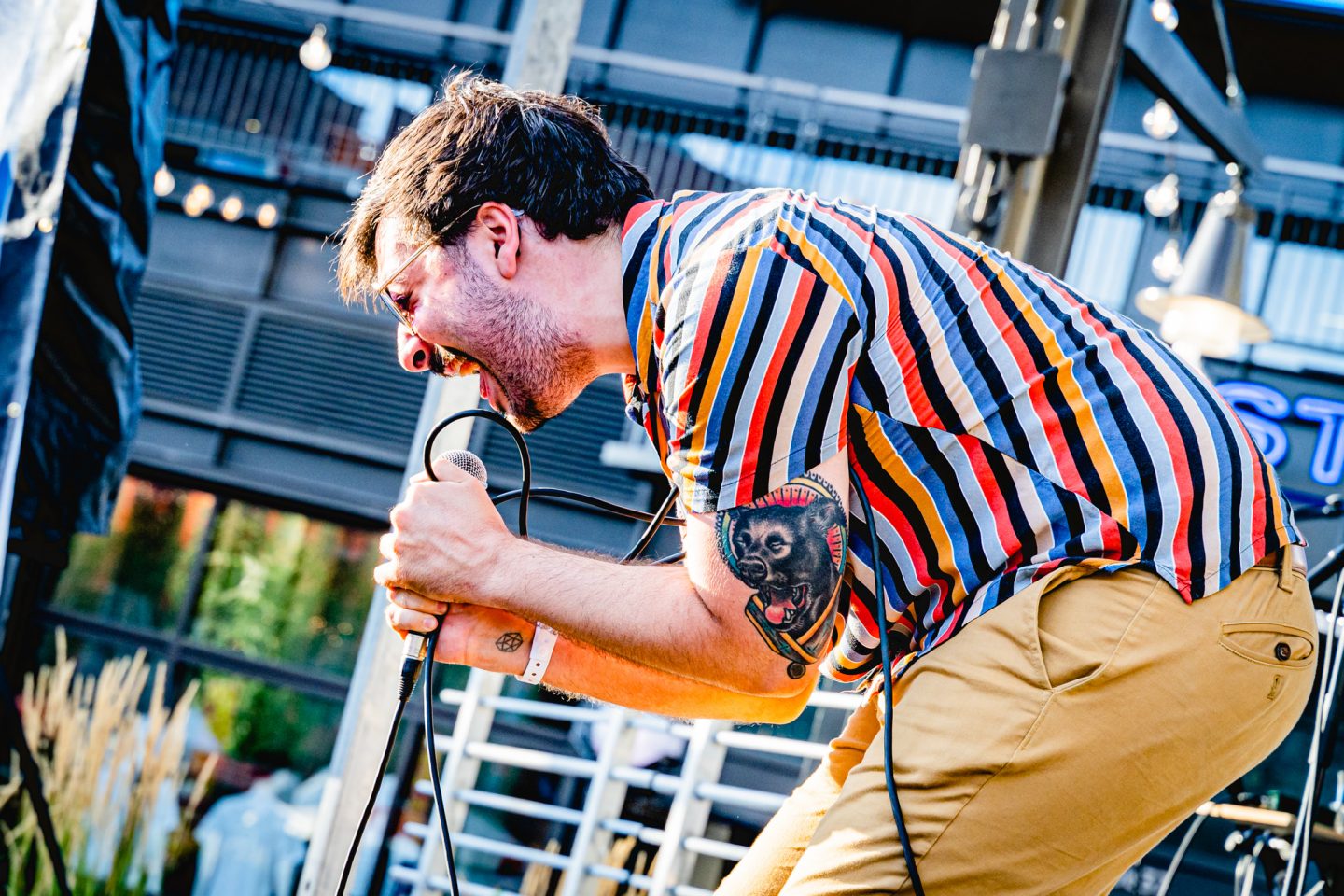 Foxing makes a bold statement live. For a band that many people may have not heard of before, let alone seen live, these boys from St Louis carry themselves with a confidence not often seen in a group on the rise. They have an undeniable presence on stage. Each member radiates a little aura, making each one of them a unique character to latch on to. Foxing is so fun to watch, that it’s easy to lose track of time and difficult to look away. They recreate their brand of dramatic indie rock, expertly blending the organic sounds of drums, bass and guitar with electronic sequences, noises and synth parts. There’s actually a lot going on live with all the parts, but they handle it all while maintaining lots of thrashing and jumping around. That’s what hooks the crowd in.

Set opener “Grand Paradise,” also the lead track from 2018s thrilling record Nearer My God, delivers a gentle, yet tense intro complete with bouncing synths, hand claps and falsetto lyrics. But it isn’t long until lead vocalist Conor Murphy squeezes the guts out of the mic, doubles himself over into a ball and unleashes the drop…”I’m shock collared at the gates of heaven.” All the band members throw down in unison, letting the crowd know they mean nothing but business. I get the sense it’s a holy shit moment for the unacquainted.

The band rolls through about 10 songs in just around an hour, sticking mainly to tracks from Nearer My God. I would say that this record has Foxing punching above their weight. It’s a start to finish type record, to which they did much justice during their set. The Gallagher Way venue, right outside Wrigley Field provides an interesting backdrop and ended up being pretty much full during their set. Murphy offered sincere thanks to the Chicago crowd on multiple occasions for being so supportive. I’m sure they gained many a new fan with their performance. Well deserved…they earned it.