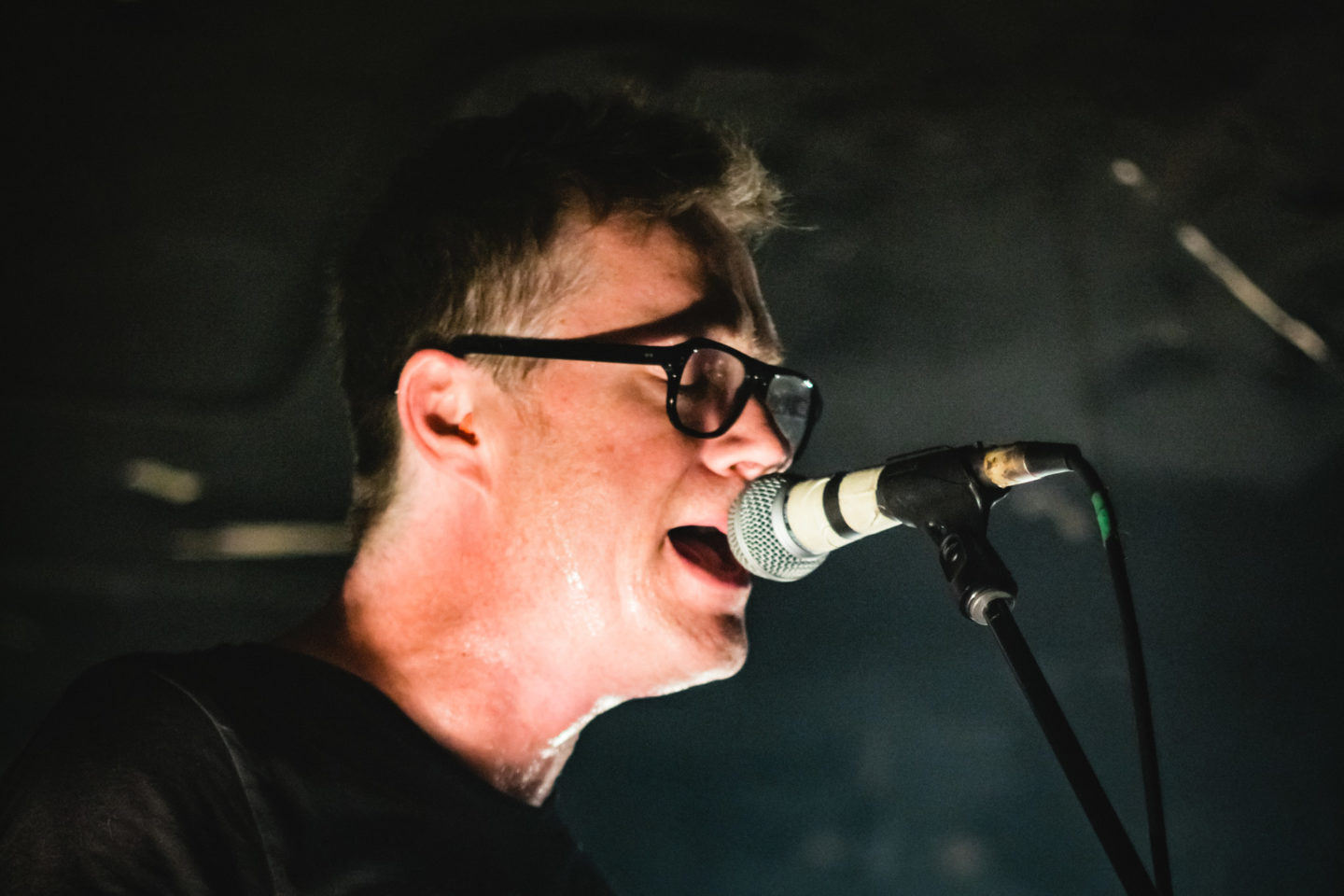 This writer admits being sometimes late to the party. However, better late than never. Such is the case with The Life and Times. Furthermore, it illustrates the point of having open dialogs with other music heads about what’s up on the scene.

My attention was called to the support band Spotlights, which I promptly fell for, and subsequently drove the desire attend and document the gig. So, Spotlights was great. But we’re going to be talking about The Life and Times here. Admitedly, having not done my homework, I figured I’d go the route I sometimes choose of not pre-gaming on the band at all and letting the live show say what it needs to say. Arms crossed, I waited.

Kicking off the intrique was the clutch deployment of stage light cans set on music stands and facing horizontally toward each band member at waist level. This immediately transformed the Empty Bottle room from its normal overhead gelled cans and disco ball into a bitchin’ basement party. At one point, there was a distinct aroma of Jim Beam and Kodiak, which added to the vibe. With their piles of amps and eq’s mounded in the middle I had to reach for my plugs, lest my eardrums be liquified. For fans of big, warm jangly guitars mixed with huge choruses that make you wanna slosh your beer around and sing along, this was your nirvana.

Led by Allen Epley (formerly of Shiner) on guitar and vox, The Life And Times delivered tune after tune, many from 2017’s self titled album, recorded here in Chicago. Eric Abert prowled around on the right, alternating between bass and guitar to get the foundation built. Drummer Chris Metcalf put his foot through the kick drum at times and then laid back into the laziest of grooves during others.

Particularly steller was the stoney grind of lead track Killing Queens. If this didn’t make you want to close your eyes, get lost and dream, ya might just be black heart dead. You could tell many in the crowd were already in the know. But, in the end, I was 100% converted, and I would suspect, was not the only one. There’s absolutely nothing like coming away from a gig with a new current obsession.

Slap on some headphones and worship the fuzziness that is I Am The Wedding Cake:

Chicago's legendarily grungy Empty Bottle room was a great place to feel the power of Spotlights and to get up close and personal.

This trio continues to melt paint from walls of helpless venues.