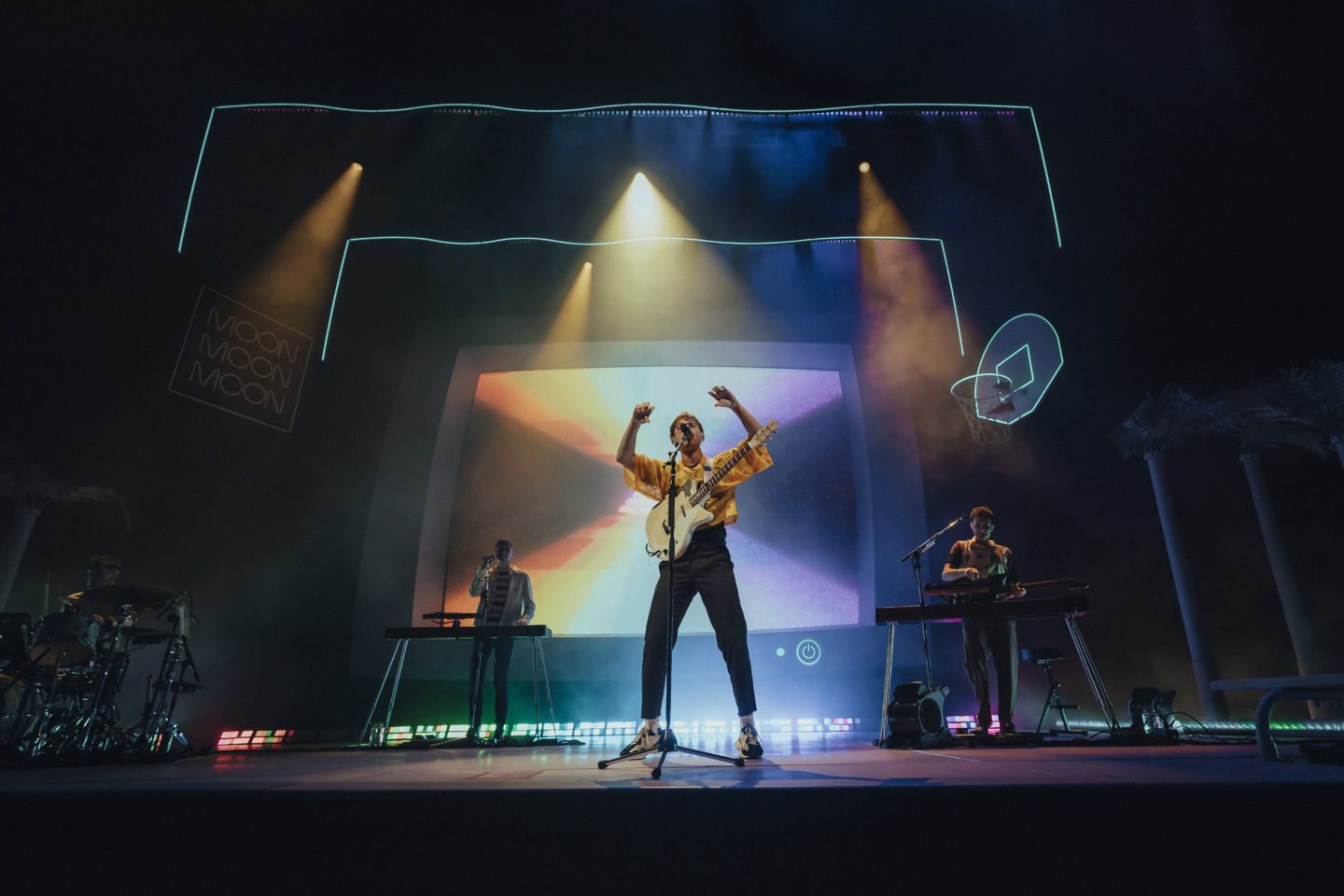 With over 600 million streams on Spotify, 55 million views on YouTube, millions of videos on Tik Tok, and dozens of remixes collectively tallying similar numbers, Heat Waves has dominated social media platforms for the last 18 months. I think I speak for everyone when I say that the quarantine anthem couldn’t have come at a better time. In those moments when the unprecedented felt suffocating, Glass Animals gave everyone a glimmer of hope with their 2020 album Dreamland.

As we finally start to escape the lockdowns and quarantines, the British band have helped lead the charge with their much anticipated Dreamland Tour. Led by “Wavey Davey” Blaely, the Glass Animals came to Freedom Hill in Detroit to close out the first leg of their tour, and they surpassed all expectations.

I have been an avid fan of the Glass Animals for the last several years, so the opportunity to shoot them in concert has been at the top of my bucket list for some time now. If I could choose one word to describe how it felt to not only go to my first concert in 18 months, but also to have camera in hand for a Glass Animals concert, I would say it was ethereal.

When the countdown began before they took the stage, the anticipation at the amphitheater was palpable. Thousands of voices instantly erupted when Wavey Davey took to the stage, his arms outstretched as if he had just instantly ended the pandemic with the first couple notes of the Dreamland title song. From there, the energy couldn’t be contained as the crowd screamed along to each and every song, crescendoing to the inevitable curtain call – Heat Waves.

Saintseneca at The Neptune Theatre