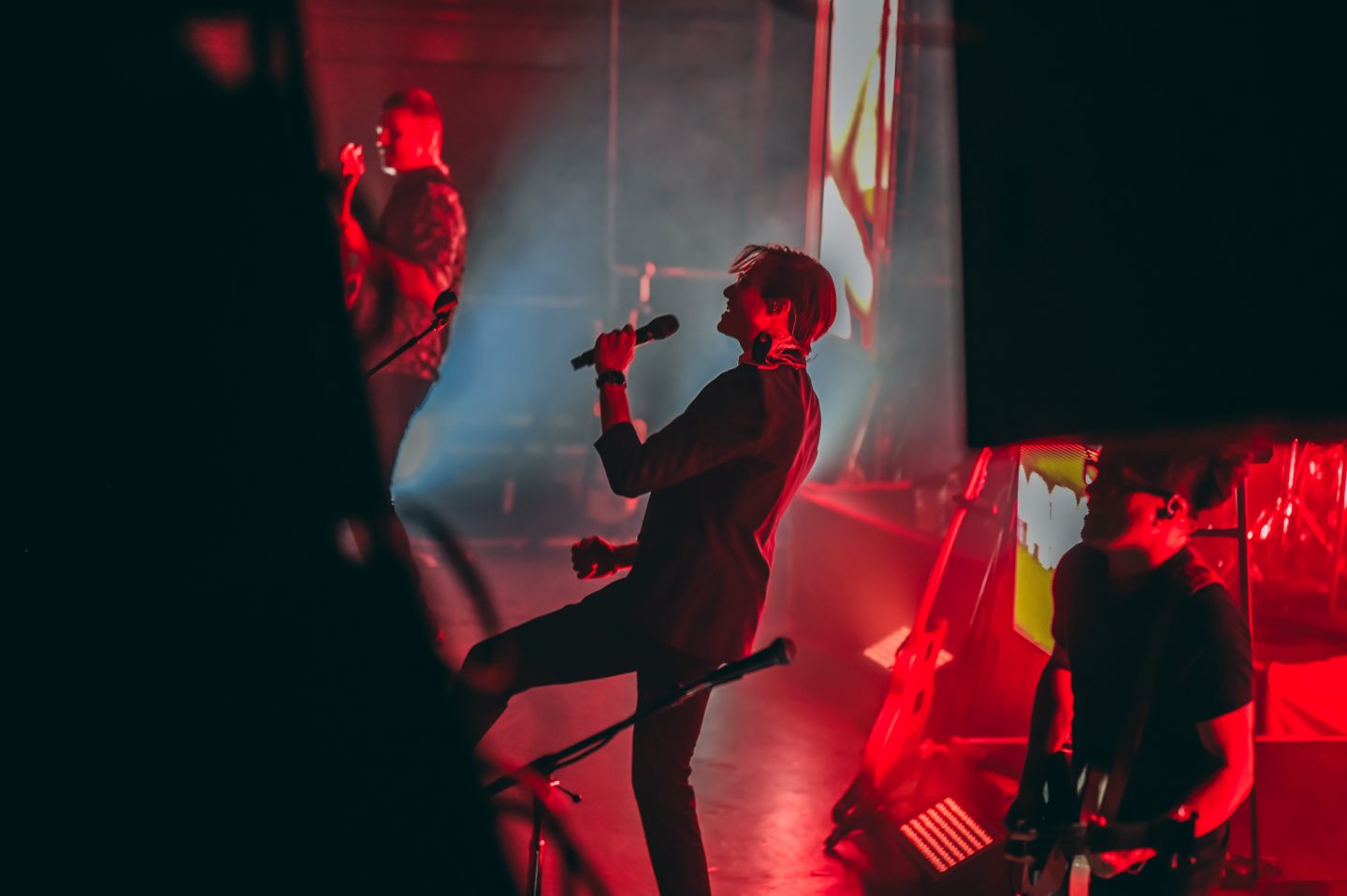 This was my first time seeing Saint Motel live, but by no means my first experience with their work. From video games to feature-length films, I’d known about their catalog for ages but for some reason just lacked on my homework.

The doors opened early, around eight. I was greeted with one of the largest First Avenue lines I’d ever seen. The hype was real.

The set opens to a Morgan Freeman-Esque narration, enter Minneapolis native and lead singer A.J. Jackson, dressed fittingly in a winter parka and a kerosene lantern (it was definitely fake, but it adds to the drama so we’ll pretend.) He hops on stage and we embark with our main character down a road of triumph.

I say triumph because what follows felt like a King’s return from a victorious battle. Battle horns blaring through the sweat and heat of the crowd. All jumping synchronously to the beat of the drum, shouting anthems into the abyss with one another, it was cathartic. Pretty cool stuff if you ask me.

The apex of the night for myself and many others was the song ‘Sisters’. As the place where Saint Motel performed their first concert, First Avenue had its own lyrical real estate, etched as a home where members of the band used to enjoy the music of their own tastes as young kids.

The audience spanned all generations, but it dancing with each other felt like sweet harmony. Its end came too soon and I was instantly bittersweet, like a cinematic credit roll to a cult classic performance, etching itself in the history books. I’ll be remembering this one for a long time to come.

Check out their album saintmotelivision and catch any leg of their The Original Motion Picture Soundtrack: Part 1 tour. It’s worth it.

like the first jam at your high school prom