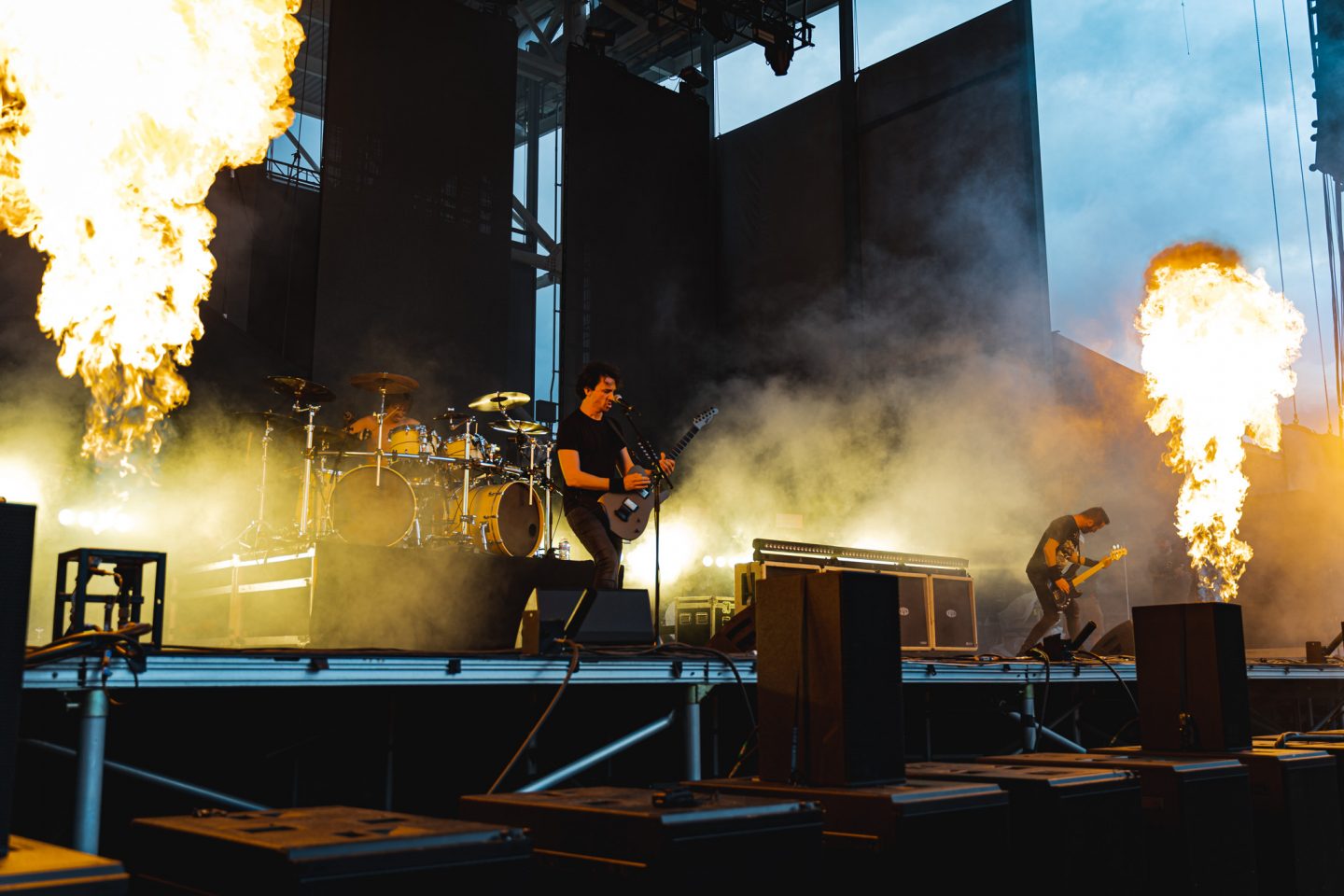 The Gojira set started out as an interesting experience for the 20 or so photographers gathered near the front of the stage, waiting for the band’s arrival. We were all gathered into a group where festival organizers laid out the plan. We were to move in from the side for songs 2 through 4…not the first song. Then, we were advised, warned, not sure what to call it, to stay as far back against the barrier and away from the stage as possible. There will be pyro, flames in this case, during all of the songs. Oh, and the catch? Last night some of the flames, put exactly, “jumped off the stage.”

Ok, so we’re taking safety into our own hands here with live pyro. Not a lot of time to assess the situation, just do as they suggest and keep an eye out. If you go near the stage, you’ll get cooked. So, there we are, 20 photogs or so, lined up shoulder to shoulder and back to the barrier. Right? And then the crowd surfing part comes in. We’re now dealing with an audio pummeling, live flame in front, and assault from crowd surfers from overhead. A total freaking war zone.

After returning to the crowd following the photo shoot, I had to pull a geek move and look up where they were last night out of curiosity, just to see where these flames left the stage. So, if that’s not all crazy enough, it turns out that 40 mile per hour winds pushed pyro flame off the stage forwards after which it whipped backwards and pelted guitarist Christian Andreu in the face. The man exits the stage, receives assistance from medical staff and, as captured on film by Lamb of God vocalist Randy Blythe, douses himself with a water bottle. Then, he proceeds to finish the set, earning him the caption “the hardest Frenchman alive.” Damn…so metal. Props, my friend!

Gojira is a machine live. Their sound is so crushing and tight. For a metalhead, this precision is pure harmony and in a sense calming. Hard to believe, but it’s true. Give this tune a try and witness the flames.

Nothing is more beast than Meshuggah.