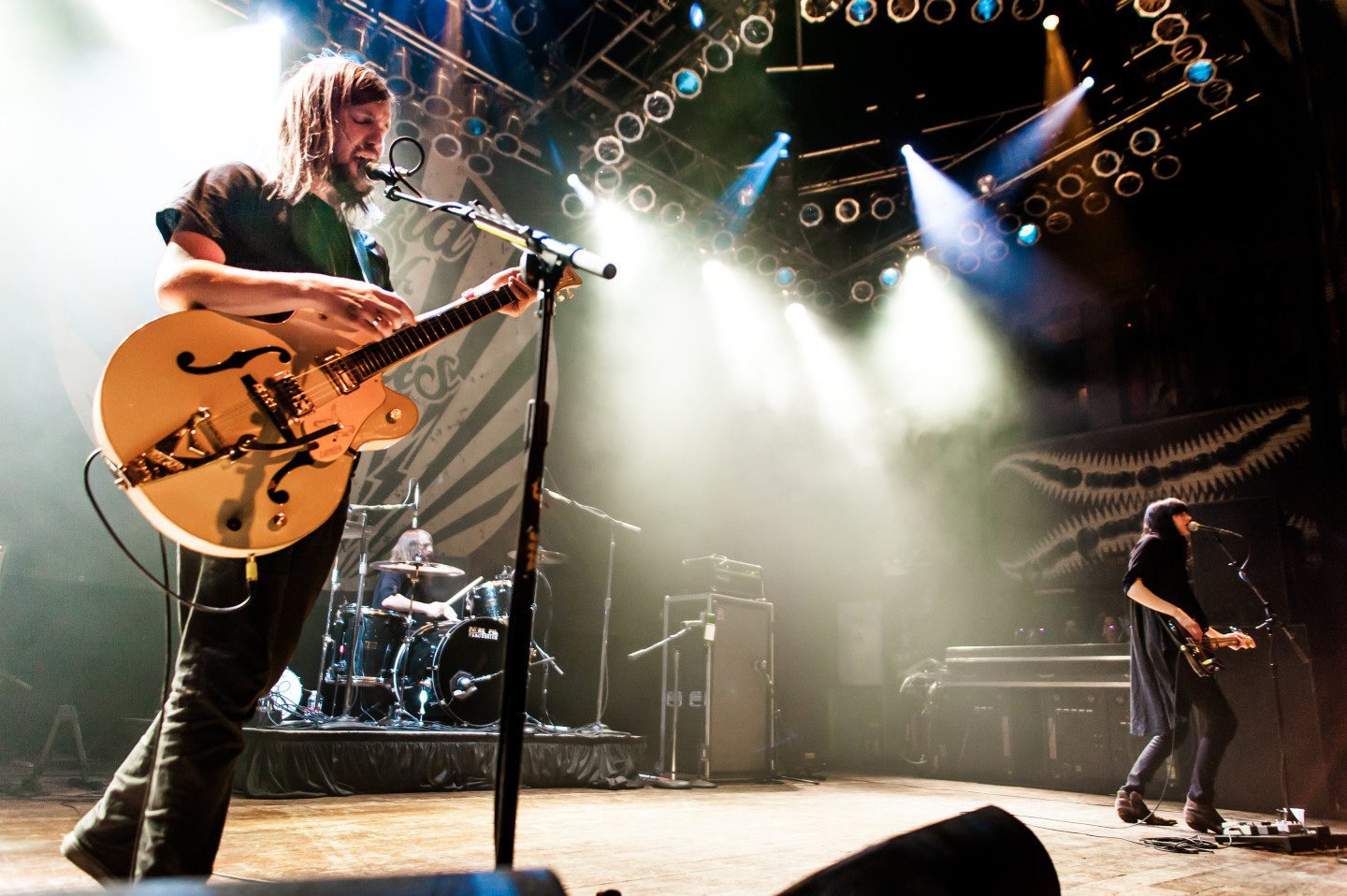 With a simple black fabric backdrop and basic stage lights there were times when it seemed like the voices behind Band of Skulls were rising out of the darkness. The English alt-rock trio of Russell Marsden, Emma Richardson and Matt Hayward owned the House of Blues Chicago after a rousing set from touring band openers We Are Augustines. There were no stage theatrics or props; just a performance from a 3-person band that filled the space with a mix of airy harmonies and guitar-driven frenzy.

One fan in attendance described singer Richardson as “a bad-ass.” With her jet black hair and bangs that laid just over her eyes, she captivated the crowd on songs like “Navigate.” Standing alongside her on stage was Marsden with his long blond hair. They both admirably poured themselves into the lyrics on songs like “Cold Flame.” Fan favorites like “Sweet Sour” and “Light of the Morning” had the diverse crowd sharing in a common passion for this band’s music. As soon as “Light of the Morning” began, there was immediate dancing, jumping around and committed singing from fans. People walked away from a late show on a Tuesday night with smiles on their faces and a hop in their step.