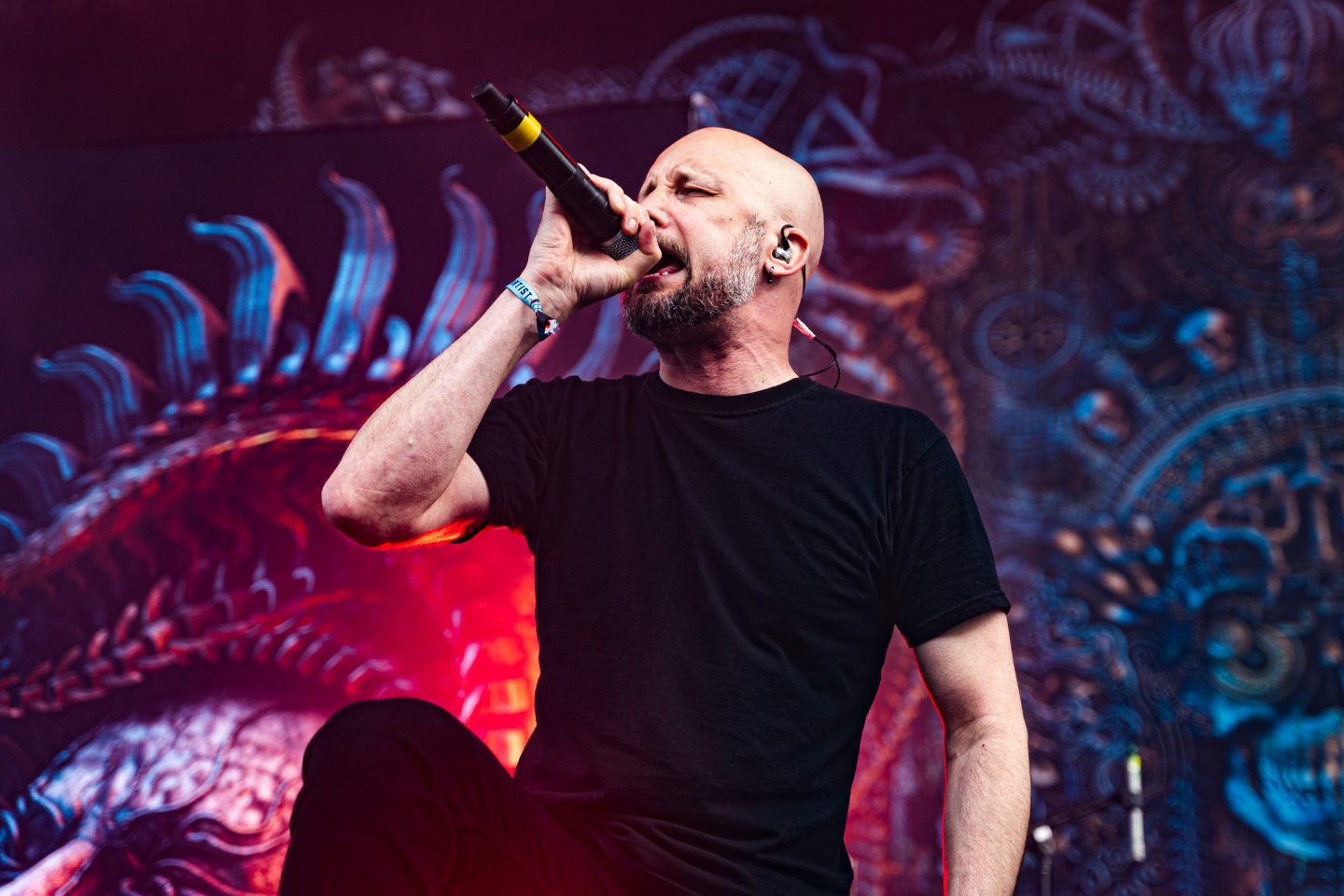 The mighty Meshuggah descended upon our fair town over the weekend to disintegrate some ear drums with their punishing take on extreme metal. If you weren’t rendered useless with their sheer force and technical precision, perhaps you were standing there with your eyes glazed over trying to count out the math. These guys continue to deliver the polymeter and polyrhythm goods, controlling and organizing chaos into something beautiful, right before our very eyes. It’s almost impossible to believe, with as sludgy as their sound is, that it can sound just so damn good. But these fellas are so precise and so tight, that all the protons line up and some real art / math magic occurs.

Meshuggah played an hour afternoon set starting at about 6:30 on a fine Saturday evening. The weather gods were not so kind to the proceeding acts on the bill as festival organizers sent people back to the assumed safety of their vehicles in an open parking field and had to cut the first 3 acts of the day. However, the gods do not dare deny Meshuggah, as the skies cleared and morphed into a pretty pleasant evening with wild skies overhead, allowing Meshuggah to climb onto the stage right on schedule.

Do yourself a favor…if you’re a fan of technical metal (or many say in this case, djent) give this a track a whirl, while twiddling through the photos down below and imagining yourself in the eye of the tornado that is Meshuggah.