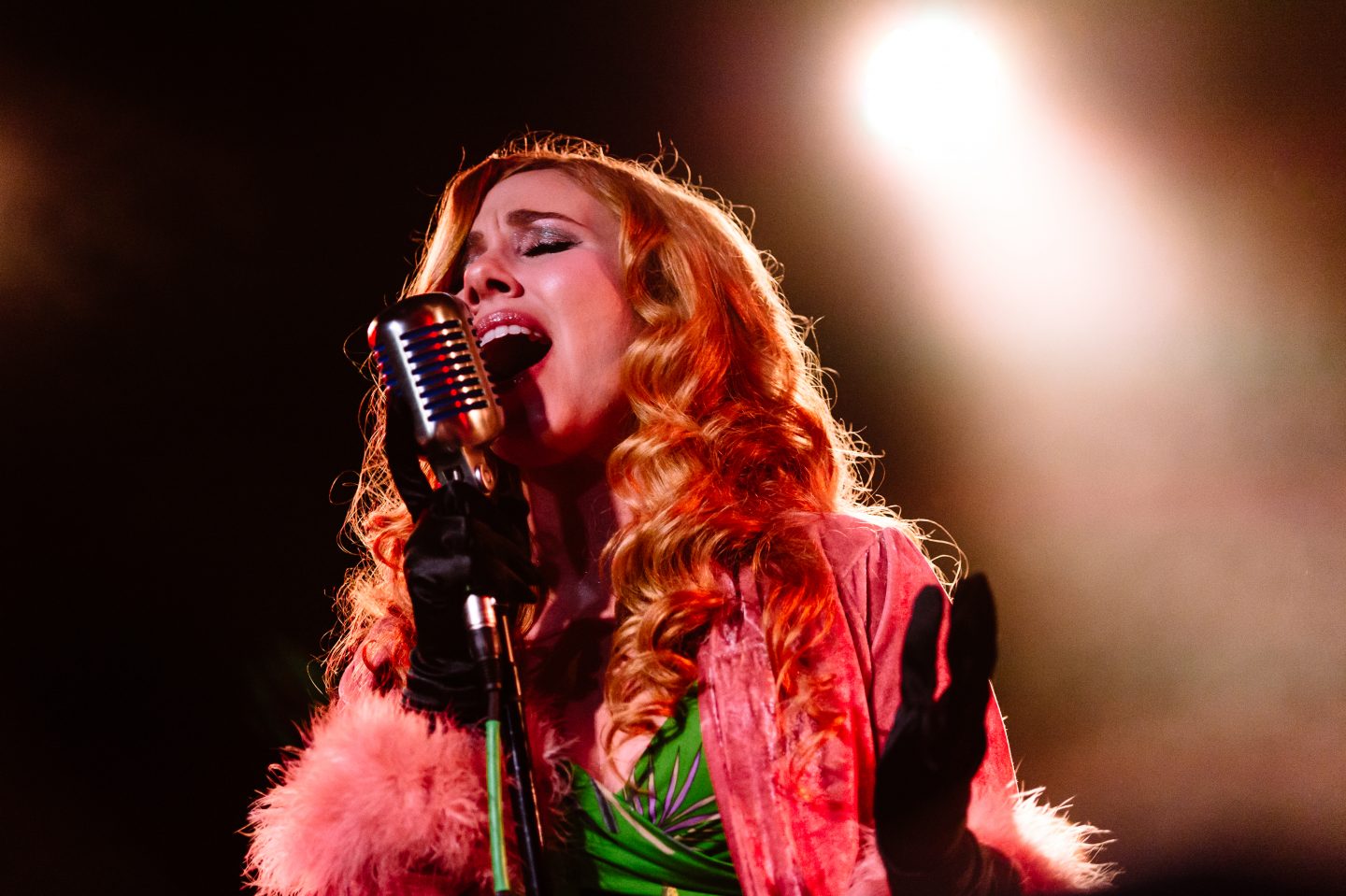 What do you get when you mix indie folk with 1960s jazz, retro-pop, and classic rock? You wouldn’t think those things go well together, but Haley Reinhart made it possible.

On a rainy April evening in Seattle, Reinhart stopped at The Crocodile to perform for a packed house. She came on stage shortly after local Olympia-based singer-songwriter, Micaiah Sawyer, blessed the stage with her own beautiful vocals and lyrics.

You could feel the excitement in the air as people who have been following her since her American Idol debut in 2010 and new fans alike geared up for what was meant to be a great show on the last week of her tour.

As soon as she stepped on stage, the room rumbled with cheers, whoops, and a couple of whistles. Reinhart clasped her vintage microphone with both hands and began singing Deep Water, the first song on her new record, Lo-Fi Soul.

Her outfit, like her genre, was a mix of styles ranging from summer Barbie to 60s glam and a touch of rock and roll. As she finished up the first song, one man called from the back, “you look amazing!” From what I could tell, he wasn’t the only one in the room who thought that.

The beginning of her set ranged from kicking it off with Lo-Fi Soul, the title track of her album, throwing it back to her first single, and showing her audience to the door (Honey, There’s The Door). Things really heated up when her two guitarists start a guitar solo duel over her. Once she started singing her cover of Elvis Presley’s Can’t Stop Falling In Love on stage with just her keyboardist, you couldn’t help but tear up just a little.

Reinhart knew how to hypnotize the crowd.

While there wasn’t much dancing, there was a good amount of swaying and smiling. She and the band sat on the floor half-way through the set. She joked, “Can most of you see me if I sit on the floor? Don’t worry, I have shorts on. Maybe. We like to get comfy in the middle of our set.”

Overall, Haley Reinhart captured her audience and took them on a journey. If you closed your eyes and tried really hard, you could imagine standing in a lounge 60 years ago with a glass of champagne and see her lying on the grand piano, capturing the soul of everyone in the room.