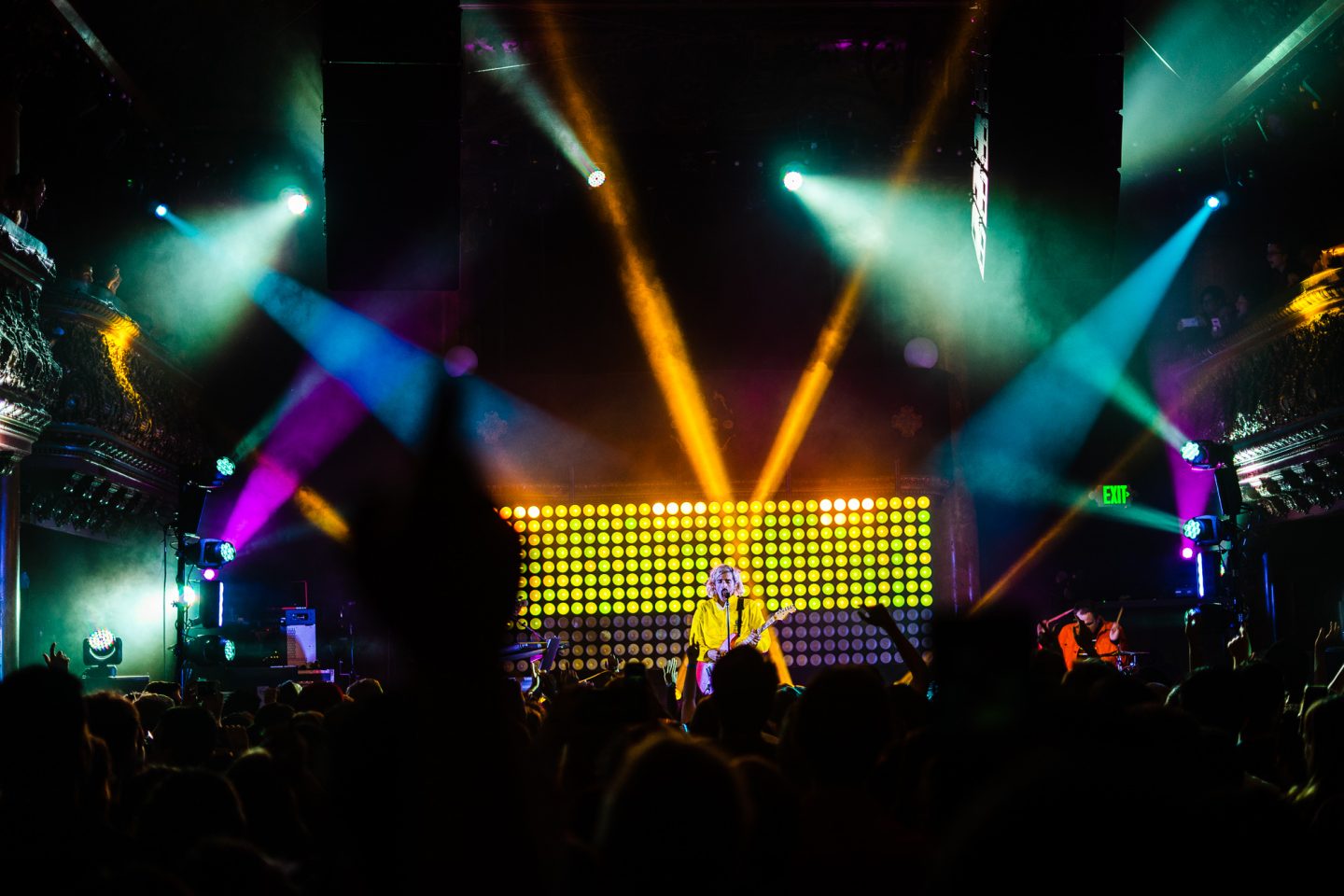 Two back to back sold out shows in San Francisco come as no surprise. Half.Alive’s break out hit song “Still Feel” is taking the country by storm. The trio from Long Beach released their debut album ‘Now, Not Yet’ on August 9th with RCA Records, celebrating with a release party here in San Francisco at Outside Lands.

They wasted no time perfecting their live performance. Stunning light design, and two incredible dancers combined with flawlessly written music produce a unique experience. They opened the show standing together in the center of the stage, illuminated by one spotlight, held by a stage member, as they harmonize “ok ok?” creating an almost theater like vibe. They continued that vibe with “Runaway” as the dancers made their debut with synchronized motions performed along with lead singer Josh Taylor.

No disappointments here if you’re into band merch show souvenirs, from colored vinyl to beautifully designed t-shirts you’ll either buy it all(like me) or have a tough time choosing. The band has two more dates on the US leg of their headlining tour before they head over seas. No need to panic if you weren’t able to catch them this time around. I am certain you will be hearing more of them and they will be back before you know it.

A dreamlike escape of reality.