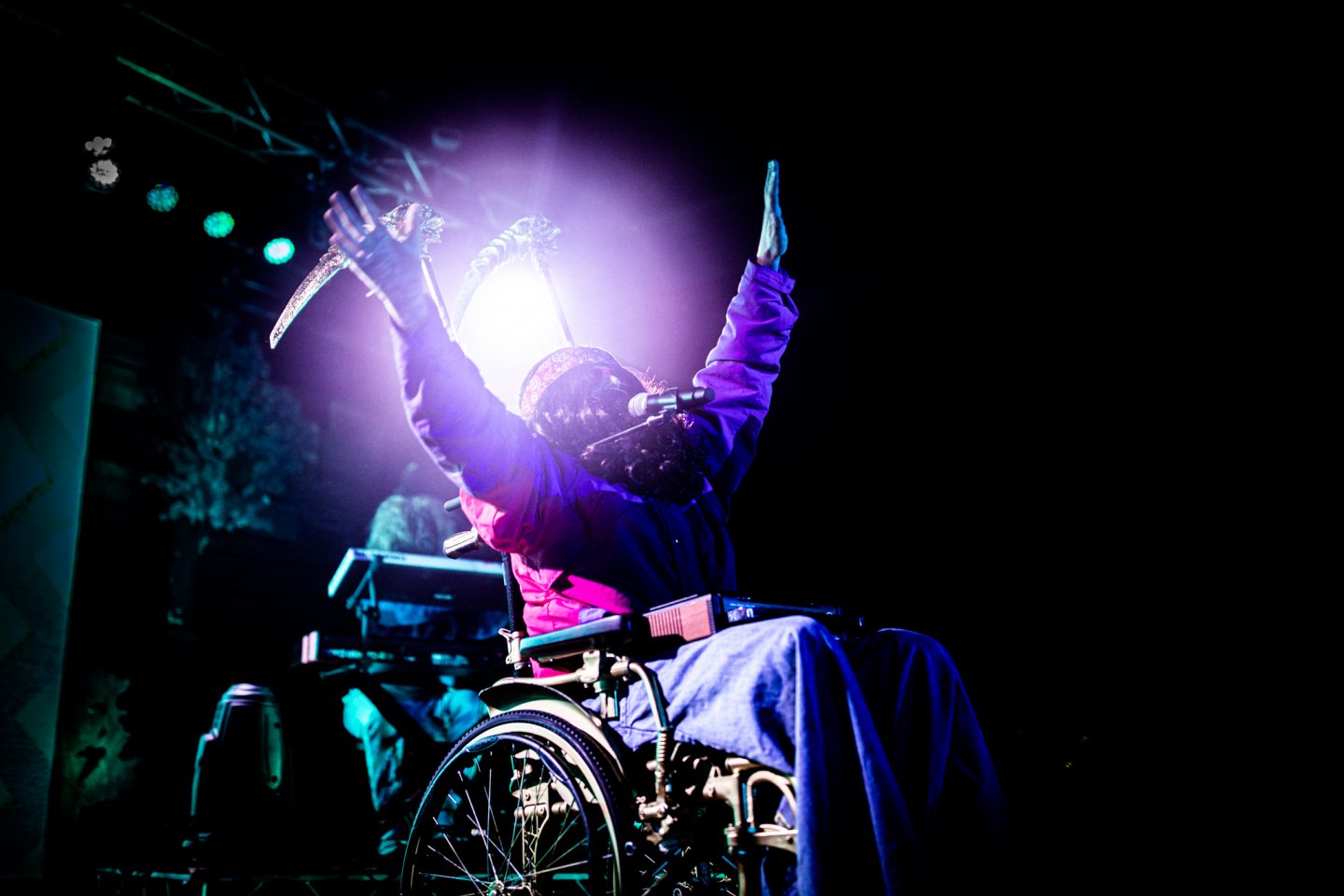 Oliver Tree is a 26-year young vocalist, producer, and filmmaker from Santa Cruz, California. He is futuristic and old school at the same time, a somewhat irresistible combination, for sure, so being able to witness his show (perhaps the very last in Chicago, as Tree has announced he’ll quit touring) was a blessing.

The show was anything but ordinary, just like the guy himself. The venue was packed with kids, straight out of high school, and they all looked like their hero: same haircut, same sunglasses, same outfit. You could almost touch the admiration – some fans are that loyal.

Unfortunately, Oliver was unable to pull his usual tricks (jumping around the stage), as he had suffered a car accident just recently and wasn’t supposed to tour at all. For an outlaw like Tree, however, it will take more than doctor’s orders to cancel a show.

He did what he could, and he could do a lot, despite physical injuries. The show was amazing, the room was full of energy, and one might wonder whether it was in fact his last show or not. It might be hard to put a genie like Oliver Tree back in the bottle.

A remarkable performance you don't want to miss.