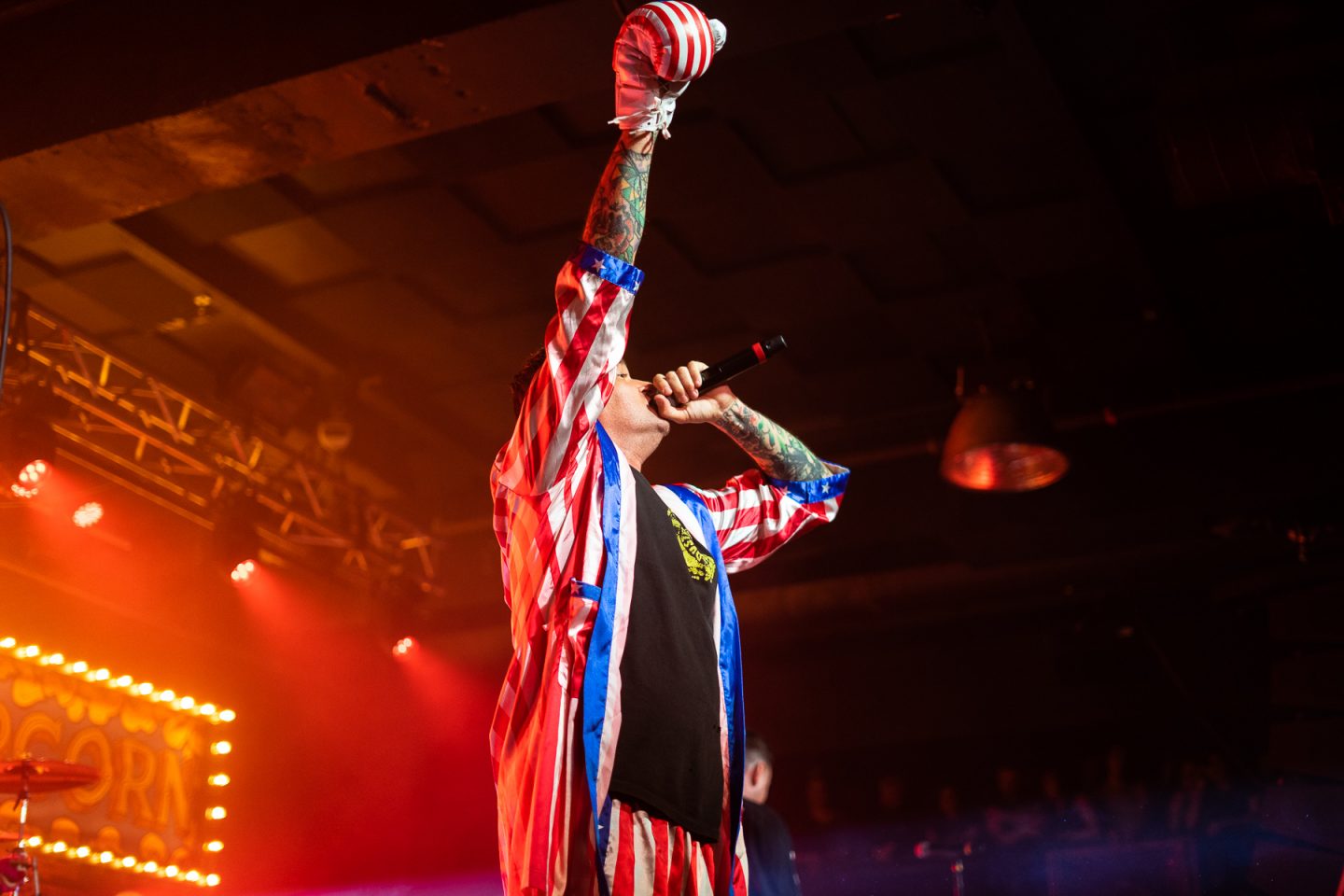 As the curtain dropped to reveal the stage for New Found Glory’s set on Sunday night, I truly felt like I had just walked into a movie theater. It was an absolutely perfect set up for their From The Screen To Your Stereo 3 tour. When Jordan Pundik and his fellow band mates walked out to start it off with their cover of “Eye of the Tiger,” they were all in costume, including Jordan dressed in boxing gear. They also played hits off previous From The Screen To Your Stereo albums like “King of Wishful Thinking” and “Kiss Me.”

They did a great job setting the scene when it came to outfits to go with the covers. Aside from the “Rocky” look, there were costumes such as Elsa from Disney’s Frozen as well as from The Greatest Showman. This was the first time I had seen any of their “From The Screen To Your Stereo” tours and I was so impressed. The cover choices were spot on and the room was high energy like always.

New Found Glory always find a way to get the fans pumped and full of excitement for the whole show. Along with the covers, there was no shortage of classics. “Understatement” had everyone jumping and clapping and songs like “Sonny” slowed it down just enough for everyone to catch their breath. The night wouldn’t be complete without them closing the set with “My Friends Over You” and ticker tape blasting from the ceiling.

Every time I see this band they leave me wanting more. Although, I know nothing will top their 20 year anniversary tour for me… this show was just as exciting on a different level. If you have the opportunity to catch them this year and see something different I would highly suggest it. It’s not one to be missed. Lucky for folks in Chicago they will be back, playing a different set, Friday August 16th!

Check out the photos:

A remarkable performance you don't want to miss.