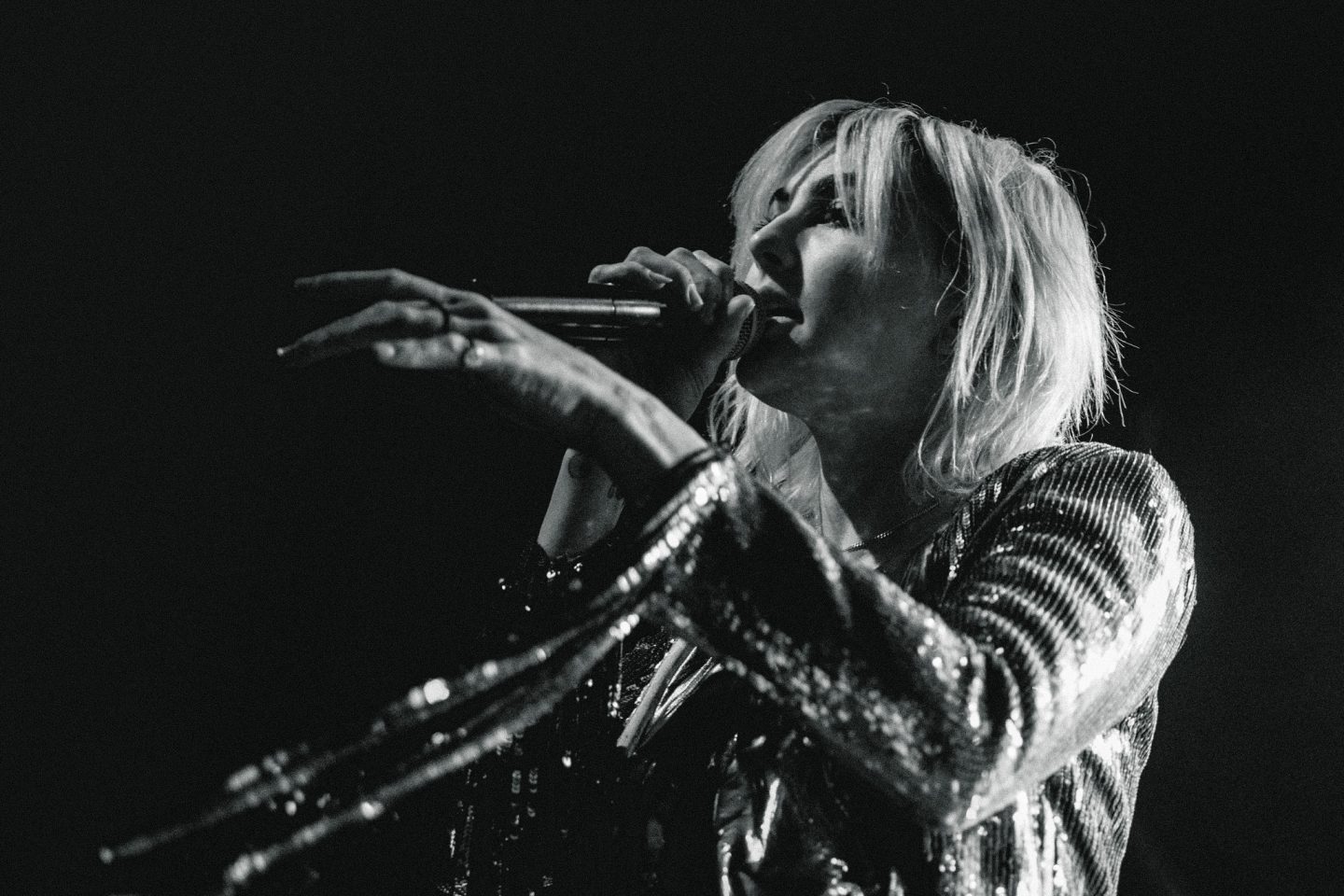 Phantogram is one of those groups, if you’ve been with them since the beginning, that you want to shelter, to protect, to keep from getting out into the greater populace. They’re like a youngster you want to shelter from the shit of the world, like keeping a puppy from running out into the street. The duo of Sarah Barthel and Joshua Carter are just too stinking cute…pals since their youth out in NY. They’re part of a amazing crop of male, female / duo, trios from recent history, such as Purity Ring, Sylvan Esso and Chvrches. In fact, Phantogram is so unique and creative that they find themselves crossing over with other artists, for example, in the hip hop genre. They’re deservedly become quite successful, as a result of their genuine nature and hard work.

But, out into the world they’ve gone. We’ve let them go, and the world is better off for it.

Not to be denied a Chicago experience, the group was supposed to play Chicago’s Mamby on the Beach at Montrose Beach. However, the festival had to be outright cancelled due to a pretty amazing environmental situation…a couple Piping Plovers nested right there on the site of the festival. The local community rallied around, to protect the 3 young chicks that hatched, and the Mamby jams had to wait. The Phantogram show was rescheduled at The Riviera Theatre. Even though a sweaty beach jam with Phantogram et al could have been pretty cool, The Riv is totally their jam. The fans showed up in hordes. You know it’s gonna be a good night in the Riv when it’s got all the elements; essence of pent up excitement, heat, sweat, booze and smoke. Chicago came to rock and filled the joint to the rafters.

It was a beautiful evening of karaoke, with fans of all shapes, sizes and ages joining in. The visual effects were a bath of vivid colors, strobes, glitch video sequences and fog. The set list was a wide selection from their catalog, even digging deep with 2009s “You Are The Ocean,” which Carter indicates hasn’t been played live an quite a while. On the other end of the timeline, was 2019s “Mister Impossible” which literally was released “last week.” 2016s “Answer” was dedicated to Ms Barthel’s sister Becky who tragically committed suicide in 2016 during the band’s studio sessions for Three. Sarah’s prelude to the song included a very serious discussion on the topic of depression and suicide. “If you’re suffering, please don’t go. Don’t be a hero and keep everything inside. It’s alright to not be alright. We’re here for you.” As the song proceeded, the lyrics sailing out into the crowd “I can’t make you stop, can’t make you stop, can’t make you stop when you’re already gone” landed right on everyone’s heartstrings and many an eye was understandably moistened.

The evening was one where everyone seemed to be genuinely touched by the proceedings. Emotions were shared as everything spilled out onto the street afterwards. Here’s to hoping everyone got home safe and warm this fine evening.

Check out “Don’t Move” from 2011’s Nightlife to get a nice sampling of Phantogram’s vibes.

Banks delivered her steamy R&B flow with an smooth and easy style.